Remember the twin sisters from the University Of Nevada, Las Vegas who broke the Internet with their basketball skills and stunning physiques? Well, it looks like they’re gearing up to turn heads on and off the court yet again. 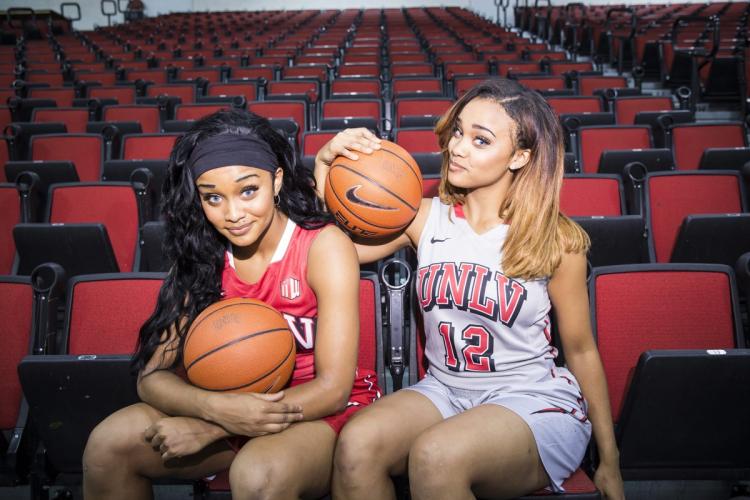 In early August, Hip Hop icon and business mogul Master P — real name Percy Miller — shook up the sports world with the news that he was named President of the new Global Mixed Gender Basketball (GMGB) league. Following a successful month of back-to-school community service events through his Team Hope NOLA foundation and supported by the league, Miller announced today that twin sisters Dakota and Dylan Gonzalez are the latest players to sign on as members of his GMGB team, The New Orleans Gators.

One of UNLV's largest groups of female student-athletes that graduated is the class of 2017🙌🏽🎈 Congratulations ladies ! 😄👏🏽❤️

The sisters, who completed their undergraduate studies at UNLV this past May, echoed Miller’s sentiments, adding that they look forward to showcasing the true range of their skillset by going head to head with male players in their old stomping grounds.

“My sister Dylan and I have been playing against guys our whole lives, we play a pretty physical game,” says Dakota Gonzalez. “We are excited about this unique opportunity to play with the New Orleans Gators and being able to return to Las Vegas to play in the exhibition game makes it that much sweeter.”

An avid sports enthusiast and former NBA player himself, Master P brings a wealth of both business and sports knowledge to the table as the league’s president and is confident that the organization will play a major role in advancing the conversation around equal pay for women in sports and beyond.

The first GMGB league exhibition game is set for Saturday, September 23 at the Cox Pavillion in Las Vegas. The game will see Miller’s New Orleans Gators face off with Tameka “Tiny” Cottle’s team the Atlanta Heirs.