It was like a Hip Hop version of a Cinderella story at Jay-Z’s infamous 40/40 night club in NYC.

The royal guests gathered together to await the strike of midnight for an intimate, inside listen of Jay’s highly-anticipated new album, 4:44, just before it was released to the masses.  The project is Sir Carter’s 13th studio album and the first to drop exclusively from him in four years.  The TIDAL X Sprint joint event promised invited guests and a select group of long-time fans an exclusive listening experience. DJ Big Ben kept the crowd hype and at ease as he took us all on a Jigga journey through his legendary hits, beginning with classics from Jay-Z’s first album, Reasonable Doubt, all the way up through 2013’s Magna Carta Holy Grail.  With every tick of the clock, you could feel the excitement rising.  The hits got louder, the crowd rapped along harder, and the energy heightened as everyone anxiously awaited what was to come.

Then finally, the clock struck midnight.

The lights went low and the lively crowd cheered and chanted a few rounds of “HOVA, HOVA, HOVA” as DJ Big Ben and the TIDAL staff introduced the guest of honor, the 4:44 album. Despite a few technical difficulties — including the missing visuals that we all wanted to see — heads were bobbing all around the club and conversations sparked about one-liners that struck you in the chest like daggers, leaving you either begging for more or calling for a quick rewind of a particular verse.  With the switch of each track, you couldn’t help but wonder whether or not this was going to be a socially conscious album, a response to wife Beyonce’s award-winning Lemonade album released the year before, or a tribute to the streets. We later found out that it was a little bit of all three. 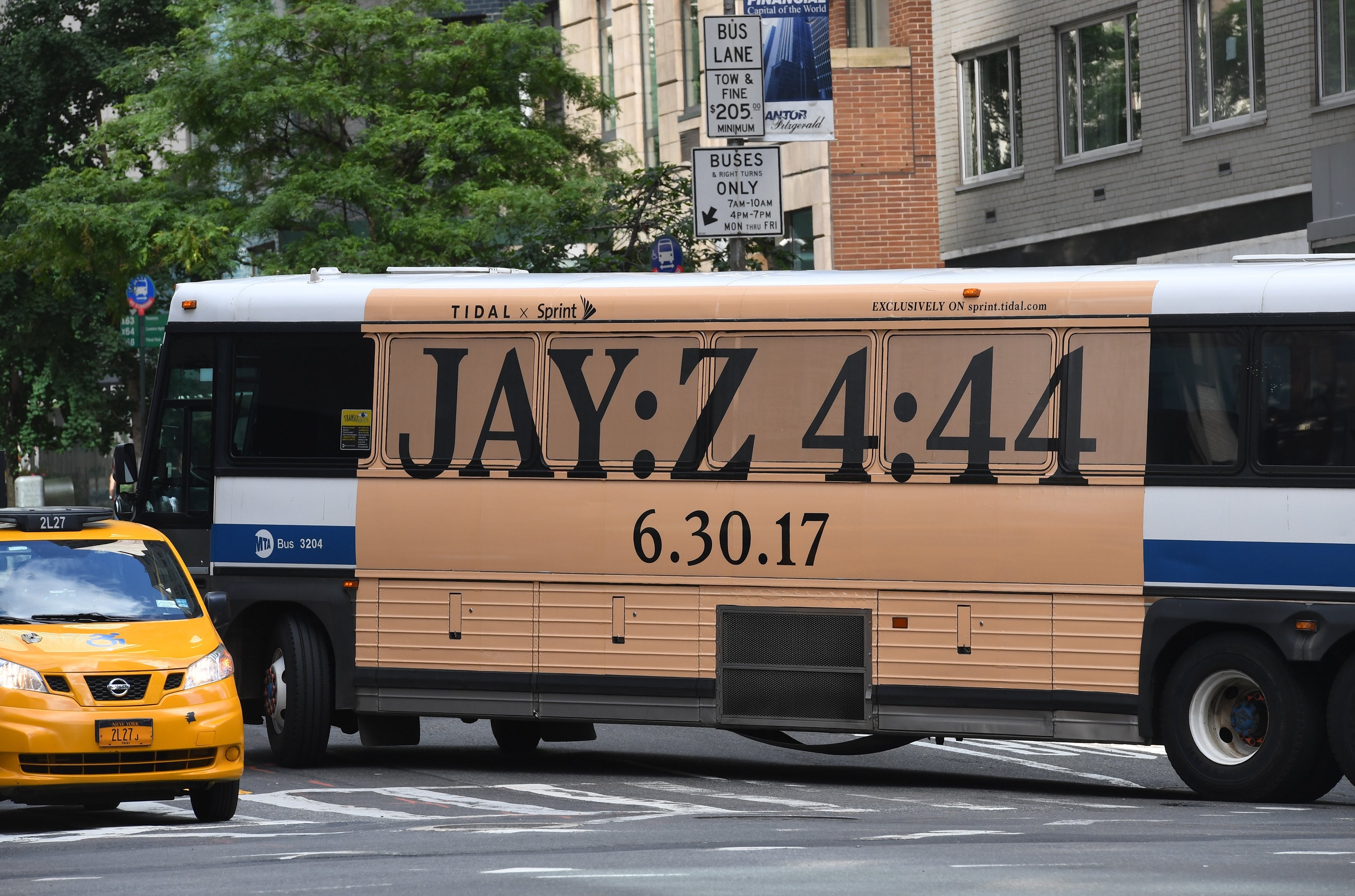 TIDAL and Sprint subscribers were the first to hear 4:44, and immediately began setting social media ablaze with their initial reactions — including spoilers galore for those who had to wait it out for the iTUNES release.  No matter what the initial thoughts are, though, it’s safe to say that 4:44 is definitely going to go down in the Jay-Z hits hall of fame.  HOV is his most vulnerable on this album, sharing his inner feelings about his family, his marriage, the Marcy Projects and downtown Brooklyn neighborhoods that made him, and what we need to do as a culture to push forward with success.

A classic experience for a classic body of work, indeed.