By Britni Danielle · Updated December 6, 2020
On the latest episode of Jada Pinkett Smith’s refreshing Facebook show, Red Table Talk, the actor once again probed a painful episode from her past. This week, Pinkett Smith welcomed her younger brother, Caleeb Pinkett, to talk about forgiveness. During the episode, the pair spoke about their complicated relationship with their father, Robsol Pinkett, Jr. Though Pinkett Smith and Pinkett have different mothers, their dad was “a shared source of pain” throughout their lives, they said. “We had a lot of resentment,” Pinkett Smith recalled. “We had that feeling like we had to be responsible for him, but he never had to be responsible for us and that was a hard pill for me to swallow.” While both the siblings said they had to ultimately let go of the pain and anger they held toward their father, who struggled with drug addiction and died of an overdose in 2010, Pinkett Smith recalled a moment that has haunted her for years.

Jada Pinkett Smith and her younger brother Caleeb share their deeply personal experience of struggling to forgive the man who hurt them the most - their father.

“The most difficult part of him dying like that is [be]cause he and I had had a horrendous fight when I found out that he relapsed,” Pinkett Smith recalled. “I was like, ‘I don’t owe you nothing.’ You didn’t do s–t for me, you didn’t do s–t for Caleeb. I don’t owe you nothing.’ It was one of those,” Pinkett Smith said of one of her last conversations with her father. Her brother said he’d had a similar talk with their father as well. “I was furious,” Pinkett said. “And he told me, that’s what the disease is. This is who I am.” Though tragic, their father’s death bonded the siblings together even closer. According to Pinkett Smith, that’s when her little brother “became a man.” “He had to go identify the body, he had to take care of the funeral arrangements, and to have that happen and I didn’t have to take care of it? He had it,” she explained. “The way [Pinkett] handled it was with so much strength and so much grace, and that’s when he really grew up to me in that moment. To have my little brother be able to step up for me, was an amazing moment.” 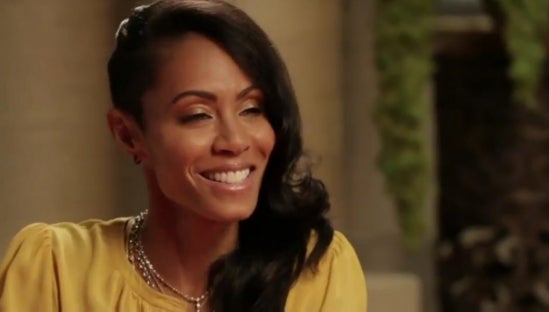 Reflecting on her father’s death also helped Pinkett Smith let go of the guilt she felt in order to become a more emotionally independent person. “I had the most startling realization that Rob’s life wasn’t about him being my father. Rob’s life was about Rob being on his journey, and it just so happened along the way that he gave me life,” she said. “And in that moment I realized he was not born to be my dad. That wasn’t the only thing he was here to do. He’s a person first with his own journey. “That was my aha moment of utter forgiveness, to be able to see him as human being,” she added. “That’s when I started, even in my own life, tearing down all these titles and labels. We get so caught up in all these titles and these labels of what people are supposed to be,” Pinkett Smith continued. “For the last seven years I’ve been in search of emotional independence. That has been the greatest gift in my journey.”
TOPICS:  Jada Pinkett Smith Red Table Talk