By Britni Danielle · Updated December 6, 2020
After veteran actor Geoffrey Owens was shamed for working at a New Jersey Trader Joe’s last week, Tyler Perry told The Cosby Show star to “join” him on set. Now, Owens has responded, calling Perry’s gesture “kind of cool.” “That was kind of cool,” the actor said of Perry’s offer to appear on The Haves and the Have Nots. “I mean, that kind of sounded like he was saying, ‘Come work with me.’ I’m so, like, skeptical. Like, really? Are you actually saying come work with me? Because we’ve never worked together before,” he continued in an interview with Entertainment Tonight. Owens added, “So, that’s a very, very generous thing for him to say. And we’ll see what happens with that. But, that’s encouraging.” Since being outed as a Trader Joe’s employee, Owens received an outpouring of support and even a few acting offers. Perry tweeted after hearing of Owens’ plight, “I’m about to start shootings OWN’s number one drama next week! Come join us.”

#GeoffreyOwens I’m about to start shootings OWN’s number one drama next week! Come join us!!! I have so much respect for people who hustle between gigs. The measure of a true artist.

“I have so much respect for people who hustle between gigs. The measure of a true artist,” the director added. But the Yale University grad doesn’t just want to get roles because people feel bad for him, he wants to earn them. “I don’t expect to be offered things,” he told ET. “It would be lovely as one of the results of this, some doors open in terms of giving me the opportunity to audition. That, I would appreciate — always, as all actors do. I don’t necessarily feel comfortable being given things as a result of this.” 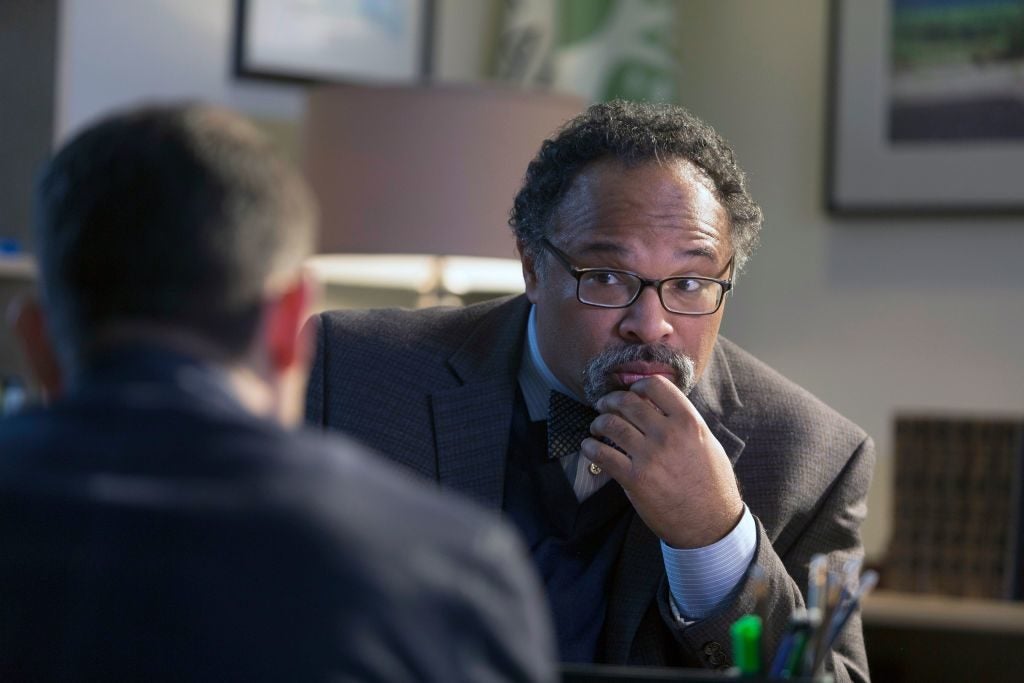 “I mean, I’m not in a position to turn things down but…I don’t expect that kind of thing. I like the idea of, you know, put me in the room with everyone else and see if I’m the right one for the job,” Owens continued. Though he enjoyed working at Trader Joe’s, Owens — who has appeared on shows like Lucifer, Blue Bloods, and The Blacklist — said he decided to quit after his story went viral. “I felt like just for my personal sake, my dignity and my emotional well being, I didn’t want to be in the store while I felt like people might be staking out the place as they did, actually,” he explained. “People came to the store and they were staking it out and stuff. I didn’t feel like that was going to be good for my spiritual being, so I felt like I needed to at least temporarily step out, and I think that was the wise thing to do, actually.” While he’s not sure what his next move will be just yet, we won’t be surprised if we see Owens back on the screen very soon.