Days after threats cancellation of the adorable series Doc McStuffins from the Disney office, good news has come–the show will return for its fourth season!

Detailed exclusively to ESSENCE.com, the new season of fun-filled adventures will debut on July 29 on Disney Junior with new stories and all new characters.

A statement revealed the network’s excitement to return the show to its faithful audience who are eager to see the show on-screen soon.

“We’ll be delivering more ‘Doc McStuffins’ episodes, beloved characters and great stories, for a long time to come! We’re in the midst of production on season four which introduces a new setting, ‘McStuffins Toy Hospital,’ new music and new characters in addition to Doc, Stuffy, Lambie, Hallie and other established, popular characters. A touring children’s museum exhibit launches at the Indianapolis Children’s Museum in August.”

Reports circulated earlier in July that the show had been cancelled which prompted public outcry with a social media campaign #RenewDocMcSuffins. 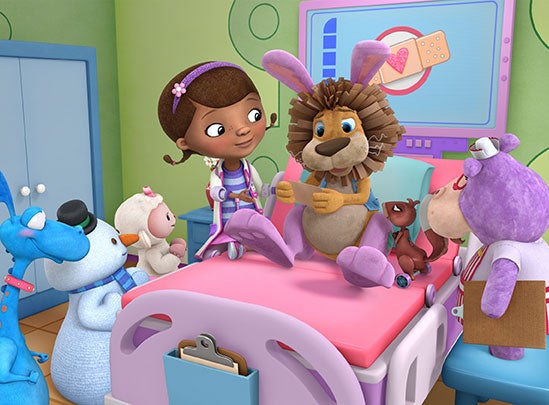 In the statement, the network ensures its dedication to keep the show on-air for years to come.

“We have a long term content plan in place and are in production on season four which will deliver new episodes through late 2017/early 2018, bringing us to a total of 120 episodes. We will make a determination about going beyond this number of episodes at the appropriate time during the production process.”

Not only is there fantasic news regarding the renewal but some major stars are on-hand to lend their voices to the series!

Doc McStuffins follows the story of six-year-old Doc who can talk to and heal stuffed animals and toys.

With the help Doc and her toys, the series is an example of healthy practices to its young viewers, while enstilling the importance of taking care of oneself and others.

Season four of Doc McStuffins will air on Friday July 29th on Disney Junior at 9 a.m.