By Britni Danielle · Updated December 6, 2020
The best piece of career advice Boris Kodjoe every received came from Sidney Poitier. “Treat every fan like he’s your boss,” Poitier told the German-American actor, who’s been heating up the screen since he popped up in Love and Basketball. While Kodjoe’s acting career has soared since the 2000 film, he’s continued to live by the Oscar winner’s sage advice. In fact, before ESSENCE sat down to talk about his latest role in ABC’s hit drama Station 19, Kodjoe recalled an incident with a fan he’d had over the weekend while he was at the hospital with his daughter, Sophie. “The guy must have been through something. He needed the love more than ever,” Kodjoe said of the man who was bloodied, handcuffed, and being detained by the police. While many would have ignored him, Kodjoe took a page from Poitier and treated the man with the utmost respect. “I gave him a pound,” he recalled, chuckling. “He must have been through something, so maybe I got to lift his spirit a little bit.” Respect is extremely important to the 45-year-old actor. Throughout his time in the business, he’s made it his mission to be considerate of everyone who crosses his path — from the actors he works alongside, to the assistants who help things run smoothly. It’s one reason he fits so well into the Station 19 family. 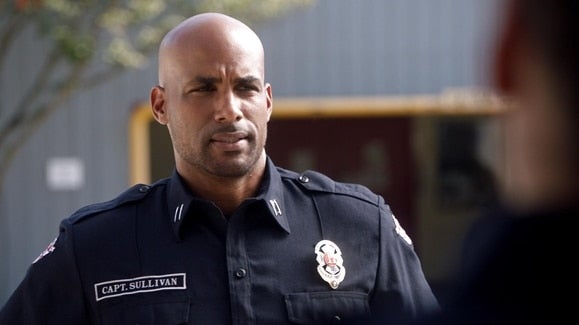 “I’ve admired [Shonda Rhimes] for a long time and I’ve always wanted to be a part of [Shondaland], so this seemed like the perfect opportunity,” Kodjoe said of joining the ABC drama. On the show, Kodjoe plays Captain Robert Sullivan, a strident leader who’s a stickler for the rules. Although Captain Sullivan’s background is still a mystery to viewers, Kodjoe said growing up in Germany helped him get into character. “I have no problem playing these authoritative figures. Growing up in Germany people are much more no-nonsense than other cultures,” he explained. “They’re very disciplined; very structured. Sco it comes almost naturally to me to play a character like that because I’ve seen it all around me.”

“A lot of people think that when you get married now you’re one, which is totally untrue.”

Kodjoe’s disciplined nature carries over to his personal life as well. Though he’s extremely busy with Station 19 and his development deal with BET to create content for the network, his family comes first. “You know how you always have 20 balls in the air, juggling? I’m willing to let 10 of them drop on the floor for a while if I have to. My priority is my family and raising my kids the right way,” he said. “Everything else is secondary.” Nurturing his marriage to Nicole Ari Parker and being a present parent is Kodjoe’s main concern, noting that his son often watches him “like a hawk,” as a guide to model his behavior. Still, his marriage has become #RelationshipGoals for many. It’s a hashtag, and a title, the actor said has become stressful for the couple.

“It’s flattering, but it also adds pressure because we can’t break up,” he said with a chuckle. “We make sure we take care of each other. Everything else we can’t control.” No marriage is perfect, but Kodjoe and Parker continually put in the work necessary to ensure their union lasts, the actor explained. In fact, before they began dating, Kodjoe said he took some time to see a therapist and work through his own past traumas before diving into a serious relationship with Parker. “I knew she was special, and I didn’t want to f-ck it up,” admitted Kodjoe. Thirteen years later, Kodjoe said there are a few things that keep their marriage alive like remembering they’re individuals. 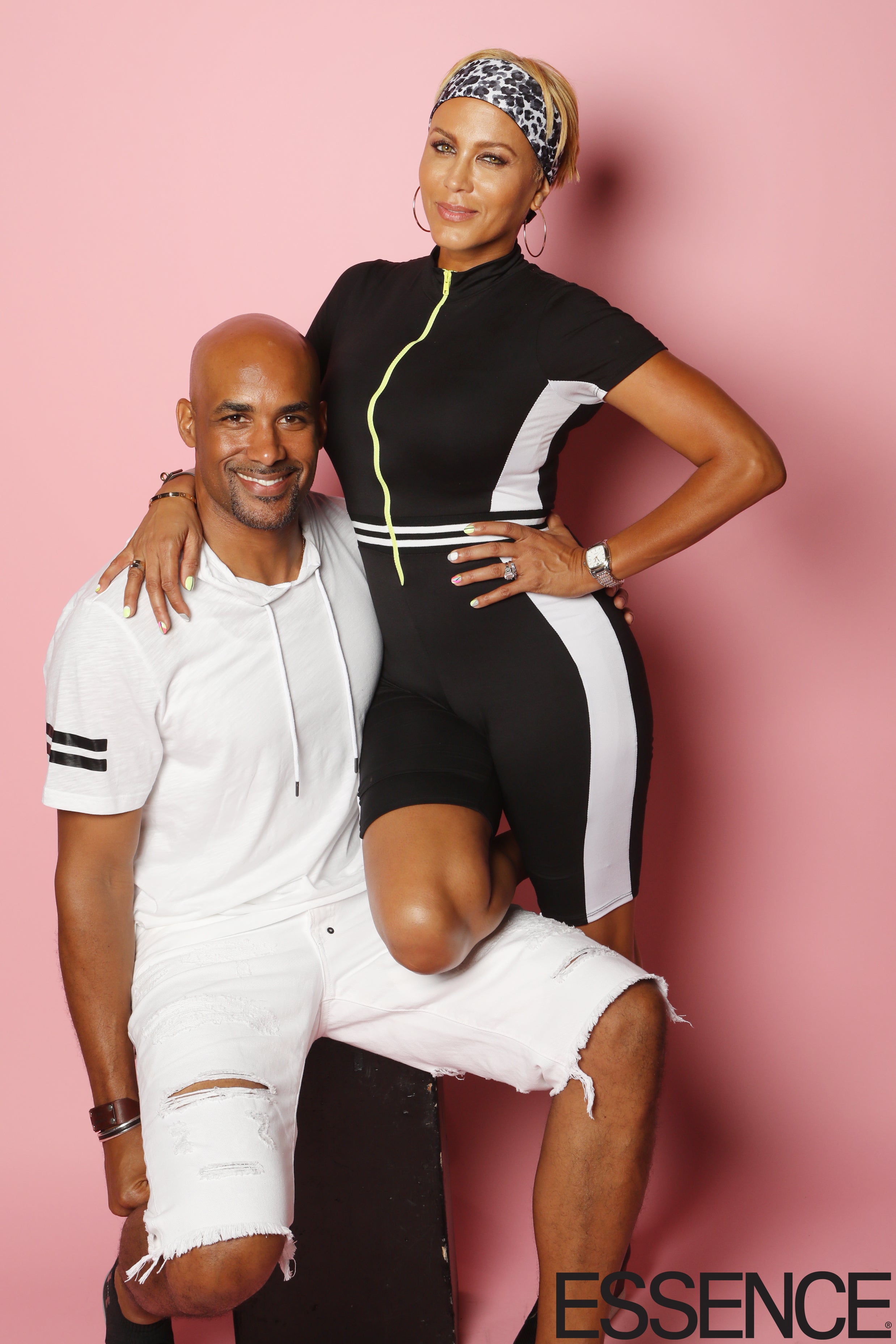 “A lot of people think that when you get married now you’re one, which is totally untrue. You’re still gonna be individuals and you have to respect each other’s individuality and each other’s space, which is very important, while at the same time create synergies here and there throughout your life,” he explained. “You also have to like each other, which a lot of people don’t understand,” he continued. “You have to make sure you connect with that person in terms of their values and principles. The basic foundation that you’re made out of has to be aligned.” But the most important key to Parker and Kodjoe’s union? Giving each other the space to make mistakes. “We give each other space to f-ck up,” he says. “We live in this very instant gratification environment where everything has to be right now, and if it doesn’t work out [you leave].” 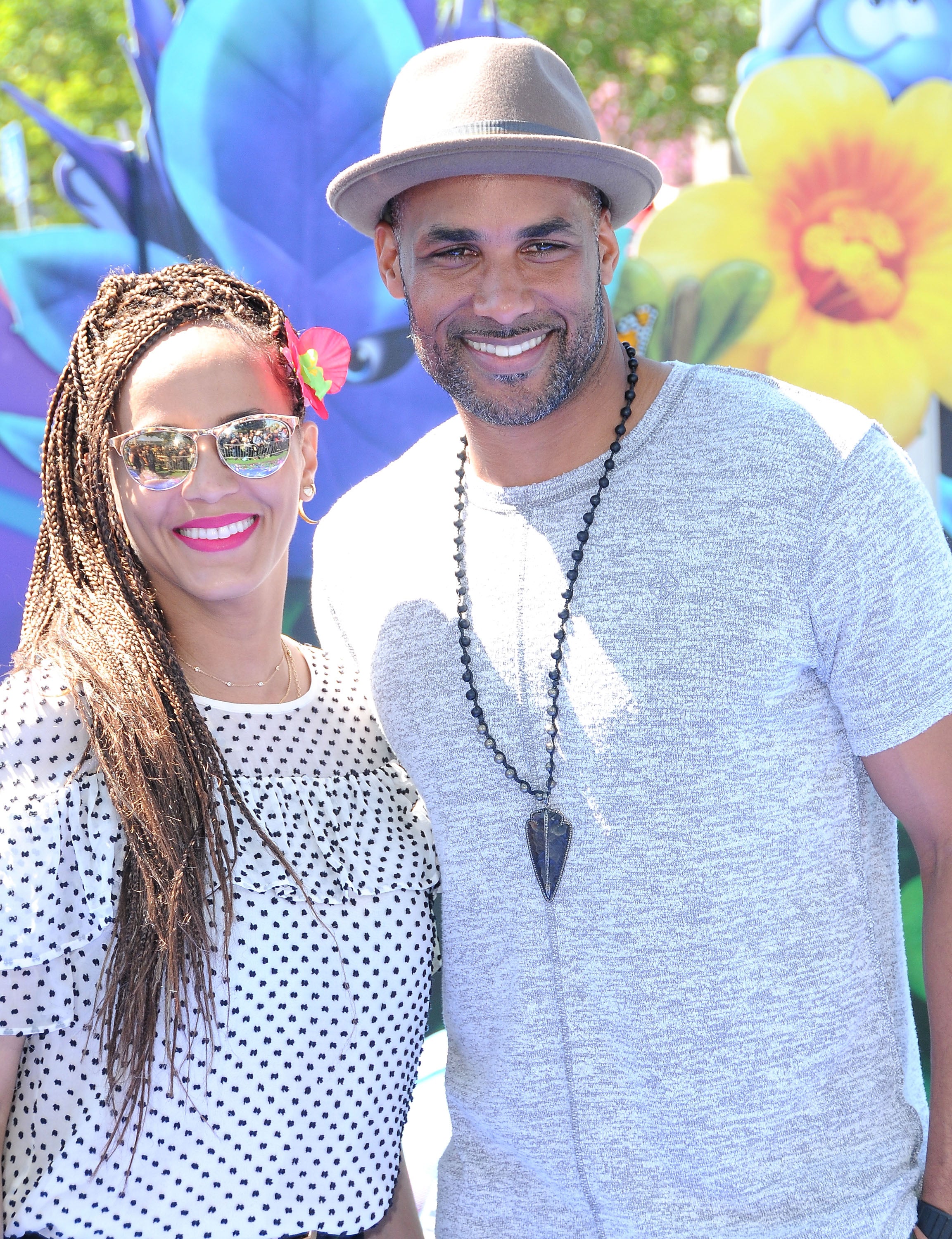 Instead of running at the first sign of trouble, Kodjoe advised couples have to give each other some grace and be willing to work through their issues. “We have to learn how to take a beat, and say OK, you made a mistake, I’m not gonna run, I’m going to hear you out, I’m going to work with you the same way I would want you to help me get through this,” he said. So far, these words of wisdom have served Kodjoe and Parker well, but he doesn’t care if some people aren’t feeling his advice. Instead, he’s going to continue to focus on his family. “All we worry about as a couple is to be true to each other and nurture our relationship the best way we can and hope to come out on top,” he said.
TOPICS:  Boris Kodjoe Nicole Ari Parker