By clicking Sign Up, you agree to our Terms of Use and that you have read our Privacy Policy
Skip to content
By Yesha Callahan · Updated December 6, 2020
Hollywood’s Saban Theater was jam-packed on Monday night with over 1,400 people waiting to hear the incomparable Angela Bassett discuss her inspiring career journey during the Hollywood Confidential L.A. panel series. Hosted in partnership with ESSENCE and FOX Broadcasting Company, the event saw Basset join Hollywood Confidential creator Steve Jones in conversation before an audience filled with showbiz hopefuls. 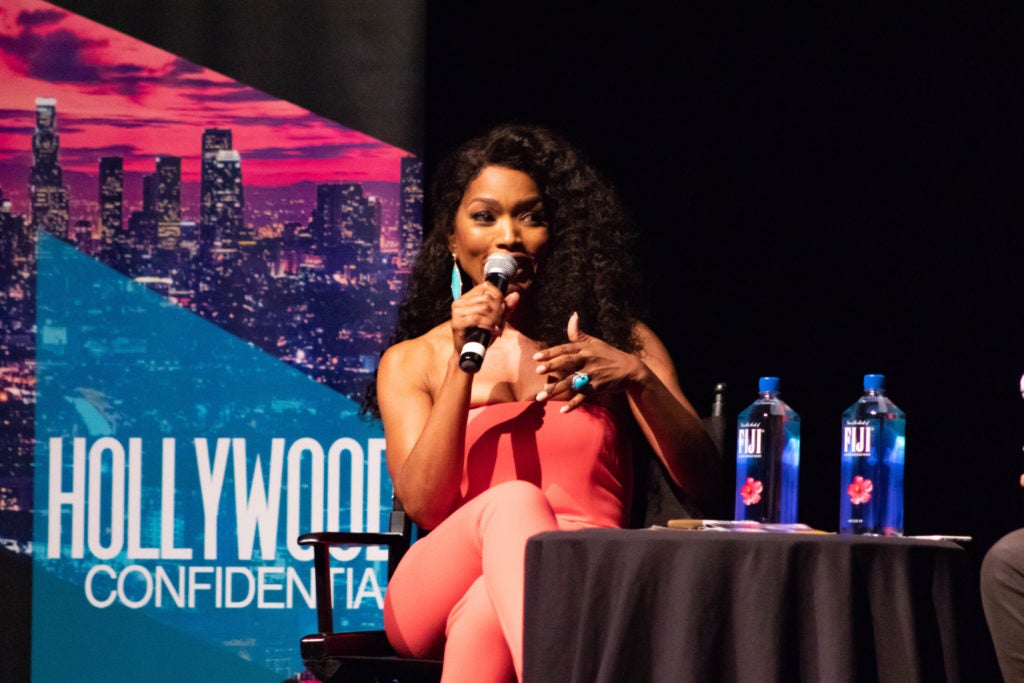 What was billed as an intimate gathering, was also an evening filled with insightful conversation and advice from Bassett. A graduate of the Yale School of Drama, the talented actress spoke about falling in love with Langston Hughes at a young age and her commitment to the theater. “When I got to Yale, one of my teachers said the school was renowned for the theater department. I was introduced to Yale through a program called Upward Bound, and I was with the program with one year. My mentor told me to apply to Harvard, Yale, UC Berkeley. I got in, but didn’t know it was known for theater,” Bassett recounted. As the evening went on, Bassett spoke about her roles in cult classics such as Boyz n the Hood, Waiting to Exhale and of course her iconic role as Tina Turner in What’s Love Got to Do With It. It’s those films that Bassett hold close to her heart. The proud wife and mother also recently gotten into the directing game and encourages up-and-coming actors and actresses to take a multifaceted approach to their craft. “Be as diverse as you can. Whether it’s film, television, animation, just do it. If you have a desire for directing and writing, go that way too. Wherever you can be of service, go for it,” Bassett told ESSENCE. Towards the end of the evening, ESSENCE editors Yesha Callahan and Regina Robertson joined Jones to present Bassett with the Hollywood Confidential Icon Award. 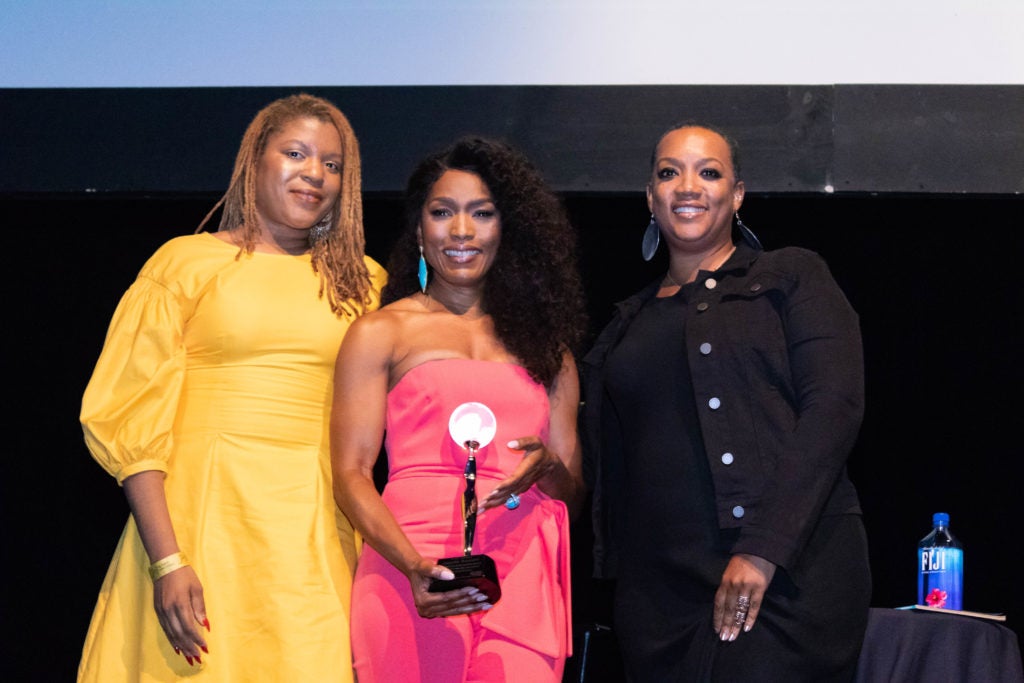 Bassett, who is currently playing a cop on Fox’s 9-1-1, says the role is a lot different from her past acting roles. “I’ve never played a cop before. I feel that with that type of character you have to be in control. I think some of my strength was my ability to emote or to bring a depth of feeling to a moment, but as a cop, you can’t do all of that. You can’t be arresting people and crying at the same time,” she said. Of course, Bassett still has her eye on a type of character she’d love to play. Can you imagine her in a bad girl or action flick? Well, she definitely can. 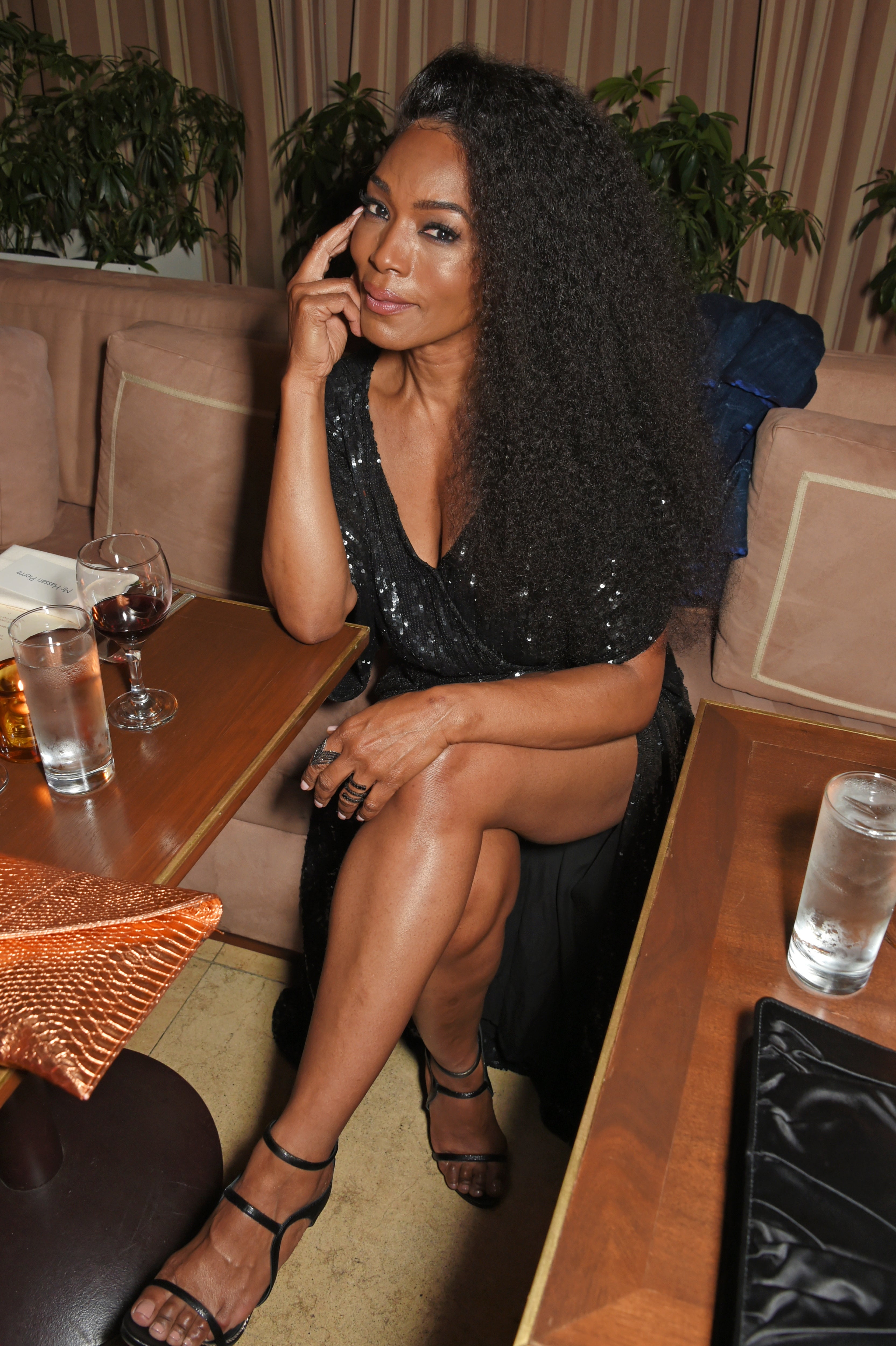 “I haven’t really tackled the seriously bad girl, I haven’t really done that. I’ve always been pretty stand-up doing the right thing, like Rosa Parks or Katherine Jackson, or the woman besieged with all of the troubles of the world, but I’d like to try someone who’s notorious,” Bassett said. And we’d love to see that too!

‘So Excited For Your Fashion Future’: Eve Celebrates Ste...