Another novel by acclaimed Nigerian author Chimamanda Ngozi Adichie is getting the film treatment.

This time it will be a short story from her critically-acclaimed collection The Thing Around Her Neck, first published in 2009. The award-winning Nigerian author agreed to sell the film adaptation rights of “On Monday of Last Week“ to Ghanaian director Adoma Akosua Owusu and her Ghanaian-based production company, Obibini Pictures.

“I was compelled to create a new work by adapting literature from contemporary African writers,” Owusu (pictured below) says. “The themes of race, liberalism, and sexuality in Adichie’s short story “On Monday of Last Week” resonated with my films on the ‘triple consciousness’ of the African immigrant…” 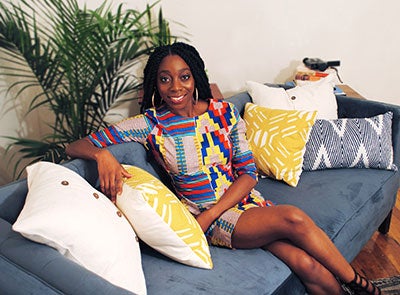 The short story, which was first published in the literary magazine Granta, explores Kamara, a Nigerian immigrant, who becomes obsessed with the wealthy mother of the boy she nannies.

Two other works of the Nigerian author have been optioned to become movies: 2014’s Half of a Yellow Sun starring Thandie Newton and Anika Noni Rose; and the Lupita Nyong’o-produced Americanah, which has yet to be released.

Both books are mammoth novels, and “On Monday of Last Week” will be the first time one of Adichie’s short stories will be optioned for film. But now the biggest challenge for Owusu is finding funding for the project. The Guggenheim Foundation has already offered its support—Owusu is currently a film fellow of the foundation—but a $30,000 Kickstarter campaign is now underway.

So if you want your next Adichie fix on screen, go ahead and support the film’s Kickstarter campaign.