By clicking Sign Up, you agree to our Terms of Use and that you have read our Privacy Policy
Skip to content
Alexandra Wyman/WireImage
By Britni Danielle · Updated December 6, 2020
ABC pulled the plug on its Roseanne reboot back in May after the series’ star, Roseanne Barr, unleashed a racist rant against former Obama administration official, Valerie Jarrett. Barr, who’s an ardent Donald Trump supporter, said Jarrett looked like the “Muslim Brotherhood & planet of the apes had a baby.” After she was roundly criticized, ABC swiftly canceled the show, calling Barr’s tweet “abhorrent, repugnant and inconsistent with our values.” Despite the drama, Channing Dungey, president of ABC Entertainment, recently revealed that she doesn’t regret putting Roseanne back on the air because the show, in her opinion, spoke to an underserved audience. “We had a great conversations about the kinds of stories they wanted to tell, those broader stories that deal with a part of our country, particularly those that are more challenged economically,” Dungey said earlier this week during Fortune’s Most Powerful Women Summit in Laguna Niguel. While Barr had been making inflammatory statements on social media about the Obamas and Democrats, for years, Dungey said her tweet about Jarret “crossed a line that cannot be crossed.” Dungey added that while she doesn’t want to censor the actors on her network, there are some behaviors that simply will not be tolerated. “You don’t want to infringe on someone’s freedom of speech or their ability to share their views,” Dungey said during the conversation. “At some point, there’s a standard of behavior we’re looking for, for people associated with The Walt Disney Co.” 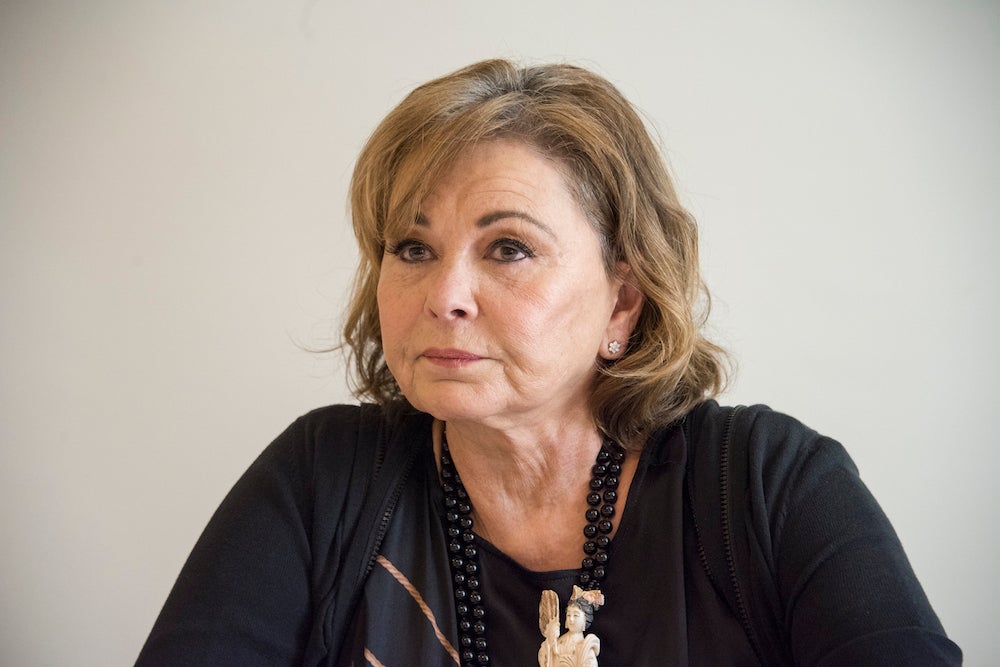 Though Dungey and ABC ditched Roseanne, they decided to bring back the rest of the cast in a new show called The Connors. The series will premiere later this month and Laurie Metcalf, who plays Jackie on the show, said being back on the set without Barr felt a little weird. “It was awkward but not awkward,”she told People. “It was right but not right, wrong but not wrong. We were sort of looking at each other like, ‘How do you feel? How is everybody?’ Checking in.” In spite of the controversy surrounding its titular character, Metcalf said the cast wanted to continue to tell the story. “[We] decided as a group to take the risk, knowing that we could be judged by deciding to come back,” she explained.