Visual artistry has taken center stage in music this year and no project is more ambitious than Yaya Bey’s The Many Alter-Egos of Trill’eta Brown.

Bey bares her soul in the 10-track EP that celebrates the fullness of Black women. Dropping Oct. 14 (exclusively with ESSENCE), The Many Alter-egos of Trill’eta Brown is a multimedia release that includes an EP, book, and a digital collage which were all two years in the making. Inspired by Audre Lorde’s famed biomythography, Trill’eta explores the multi-faceted side of Black womanhood.

“I really wanted to do something that was full. I always saw representations of Black women that were half-assed, like one dimensional or two dimensional at the most and I wanted something where people could hear it, they can see it, they can read it and digest it in so many different ways,” Bey told ESSENCE.

Yaya Bey was born for artistry. As daughter of hip hop pioneer Grand Daddy I.U, Bey has been surrounded by music since childhood. Influenced by the candidness of Donny Hathaway and authenticity of artists like Gladys Knight and the Notorious B.I.G, Bey’s ultimate goal is to attempt to do the narrative of Black people justice.

As it often does, heartbreak was an early influencer on this project.

“Before I started the project in 2012, I was going through a really bad breakup. This guy that broke up with me was kind of like ‘oh you want to be an artist. You can’t be wife or a mother and be hard working. It’s not going to work for me.’ In combating that for myself, I created all these alter egos like I can be this, I can be that and I can be all these things.”

A seasoned activist and protestor since 2011, Bey was on the front lines as a street medic in Ferguson helping other protestors combat the effects of being-tear gassed. The experience forever changed her worldview. 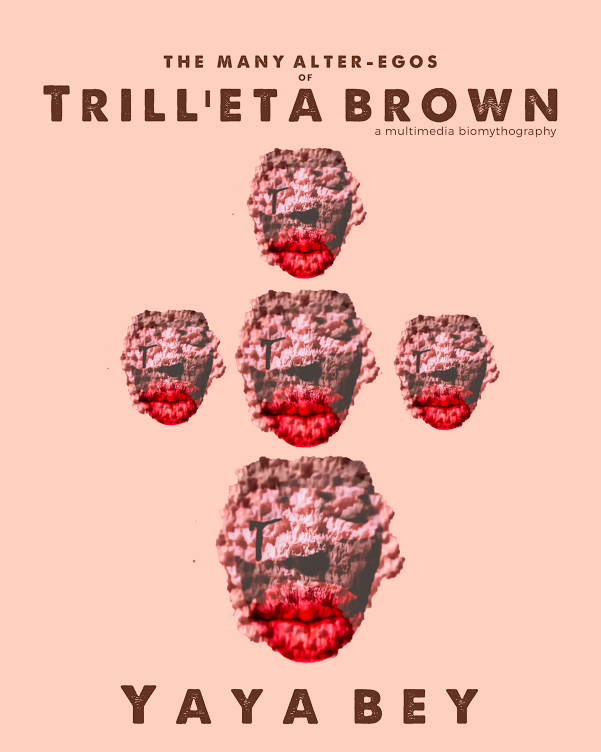 “Everyone was trying to combat the whole Mike Brown narrative that the media was putting out like ‘yeah he was a thug, he stole something’ or to criminalize this victim and we as a Black community, we do this thing where we try to combat that narrative with ‘oh no he was going to college’ as if the dope boy or the trap boy deserves to get shot. We lace it in responsibility politics instead of saying ‘it doesn’t matter if he stole something.’ He was murdered and he shouldn’t have been.”

Easily the most political track on the album, ‘Buck McDaniels’ is a modern day protest song which bravely states ‘This ain’t your grandma’s revolution. We don’t respect your institution.’ While her music is indeed political, don’t look to Bey for any excitement about the upcoming election. She isn’t a fan of either candidate.

The Trill’eta Brown experience was a huge undertaking to create but Bey’s ultimate goal for Black women is simple, “Speak your truth. It’s okay to speak your truth.”