As a whole, 2016 was a phenomenal year for Black culture.

A bittersweet journey that gave us countless moments we’ll never forget, while also leaving us indescribably shocked with the deaths of several whom we have held dear for decades, the last 12 months was marked with a slew of memories that will forever live on in our hearts — and some even in the history books.

Our most influential leaders, brightest stars, future trailblazers and extraordinary public figures dominated across several industries including entertainment, sports, music, fashion, politics and more. As we prepare to usher in a brand new year, here’s a look back at 45 moments that shaped Black culture in 2016. 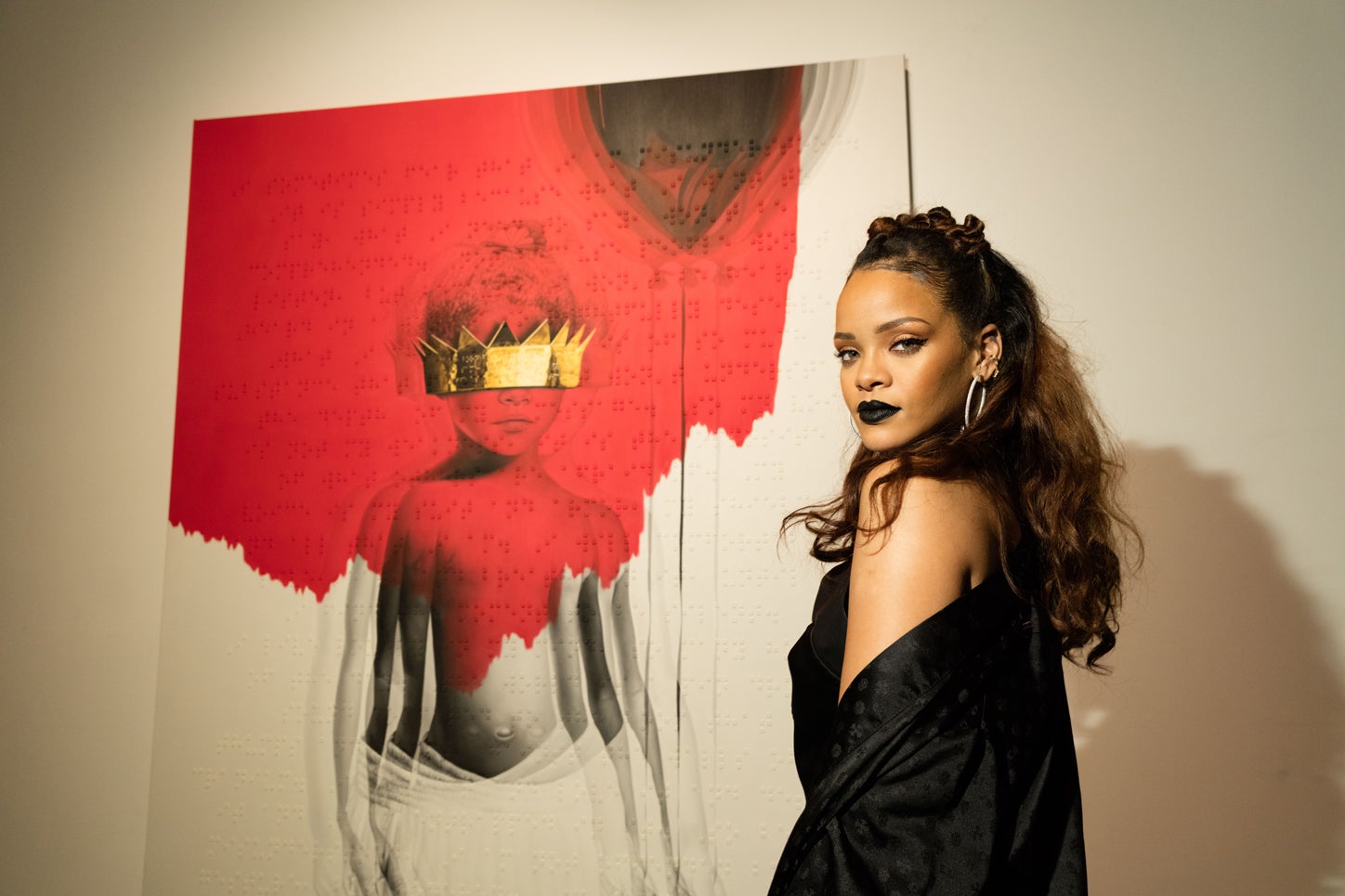 Rihanna kicked off the year with a bang as her long-awaited eighth studio album ANTI sold 1 million copies in under 15 hours, while #OscarsSoWhite put the severe lack of diversity in Hollywood on full blast and woke starlet Amandla Stenberg came out as bisexual during her SnapChat session with Teen Vogue. 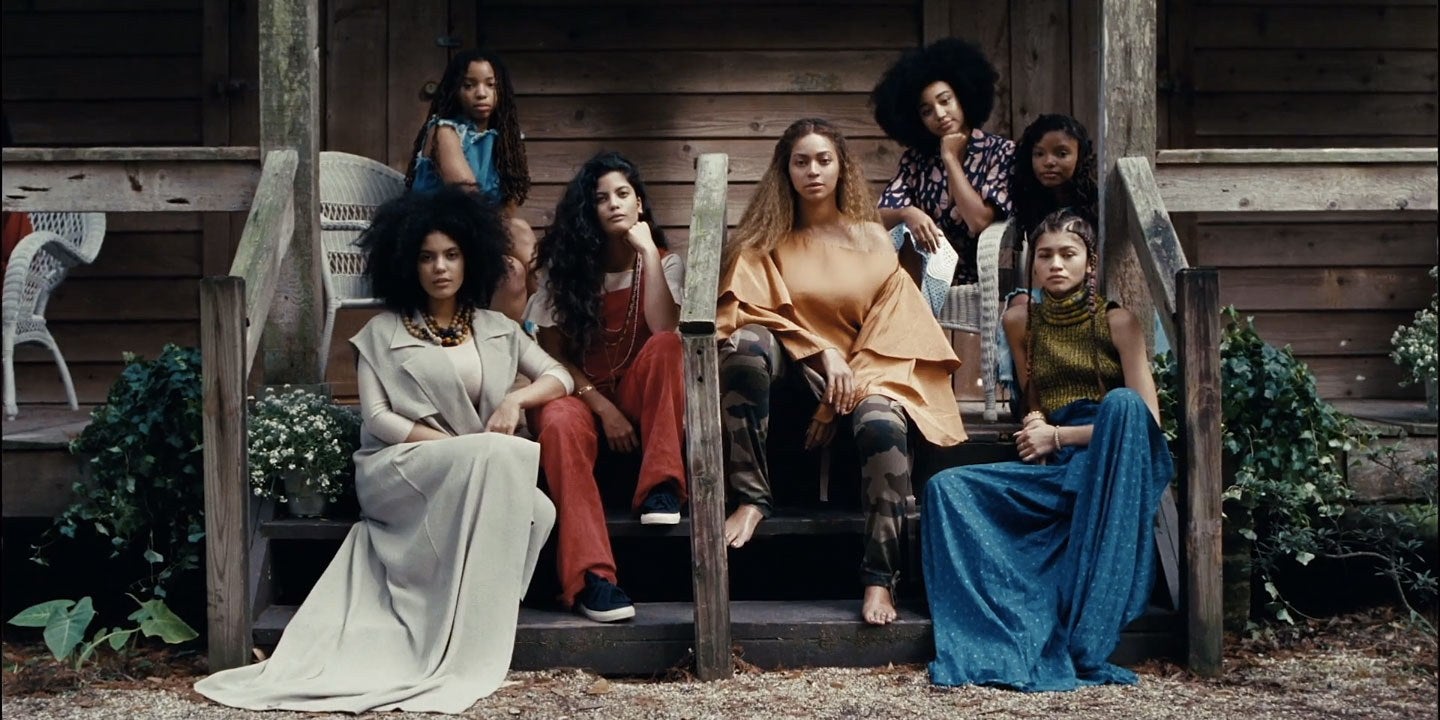 The first Black American Girl doll Melody Ellison made her official debut, while Beyonce shook things up during the Superbowl halftime with her socially conscious performance paying homage to the Black Panthers. The Black Panthers were also the focus of a compelling Vanguard of the Revolution PBS special that aired just one day after the sudden death of Denise Matthews (aka Vanity) shook up the entertainment industry, which came just five days before a video of 106-year-old Virginia McLaurin dancing with the Obamas in the White House melted all of our hearts. 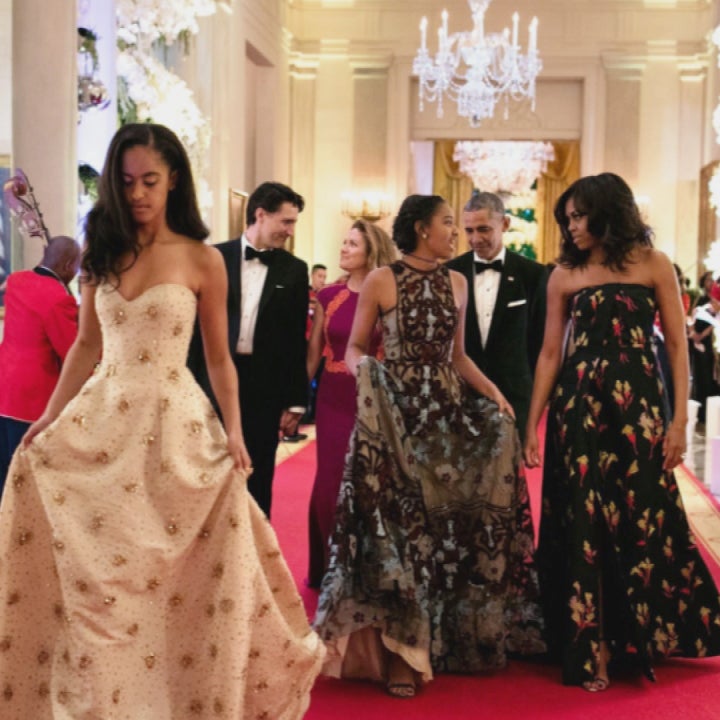 Sasha floats through the White House with her mom and sister in a gorgeous gown for the State Dinner in 2016.

The shocking death of A Tribe Called Quest‘s Phife Dawg left the music industry and fans saddened to the core. Adding a little cheer to the month, all-grown-up Sasha and Malia Obama stunned in beautiful designer gowns at the Canada State Dinner, while the ladies of Eclipsed made history as the first all-Black, all-female cast and crew in Broadway history. 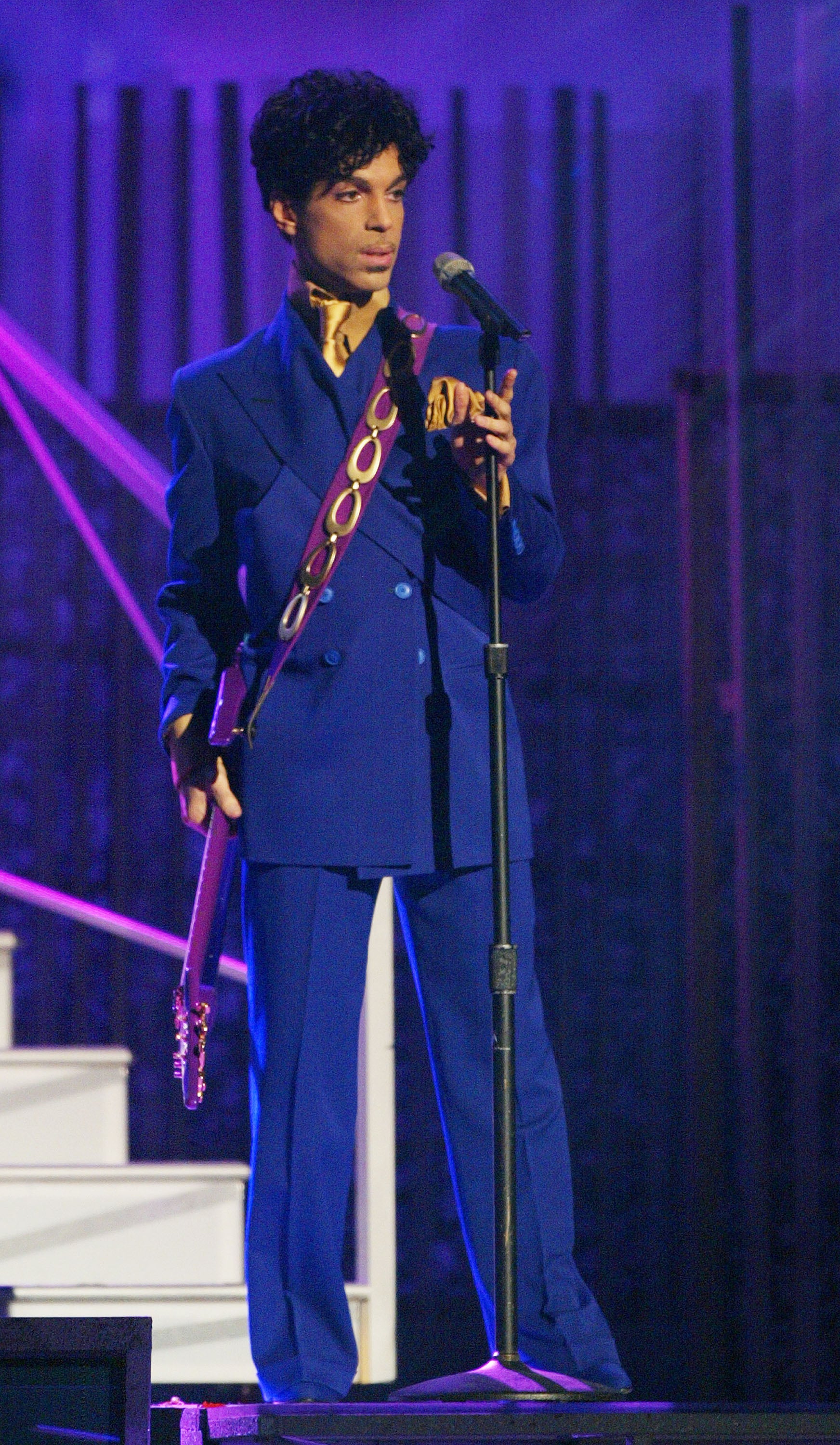 Prince’s passing left us all with a void that will likely never be filled, while Beyonce lifted spirits back up with the semi-surprise release of her visual album Lemonade, which celebrated all things Black women. The announcement that Harriet Tubman will be featured on the $20 bill marked a proud moment in the year for our community, while Kerry Washington brought history to the small screen in another way with her starring role in HBO’s Confirmation. Kobe Bryant ended his legendary 20-year NBA career by dropping a cool 60 points in his final farewell game, while President Obama channeled his inner-Kobe to close out his epic final White House Correspondents’ Dinner speech. Meanwhile, Zoe Saldana’s controversial performance as Nina Simone finally hit theaters, while Joanne The Scammer was introduced to the masses. 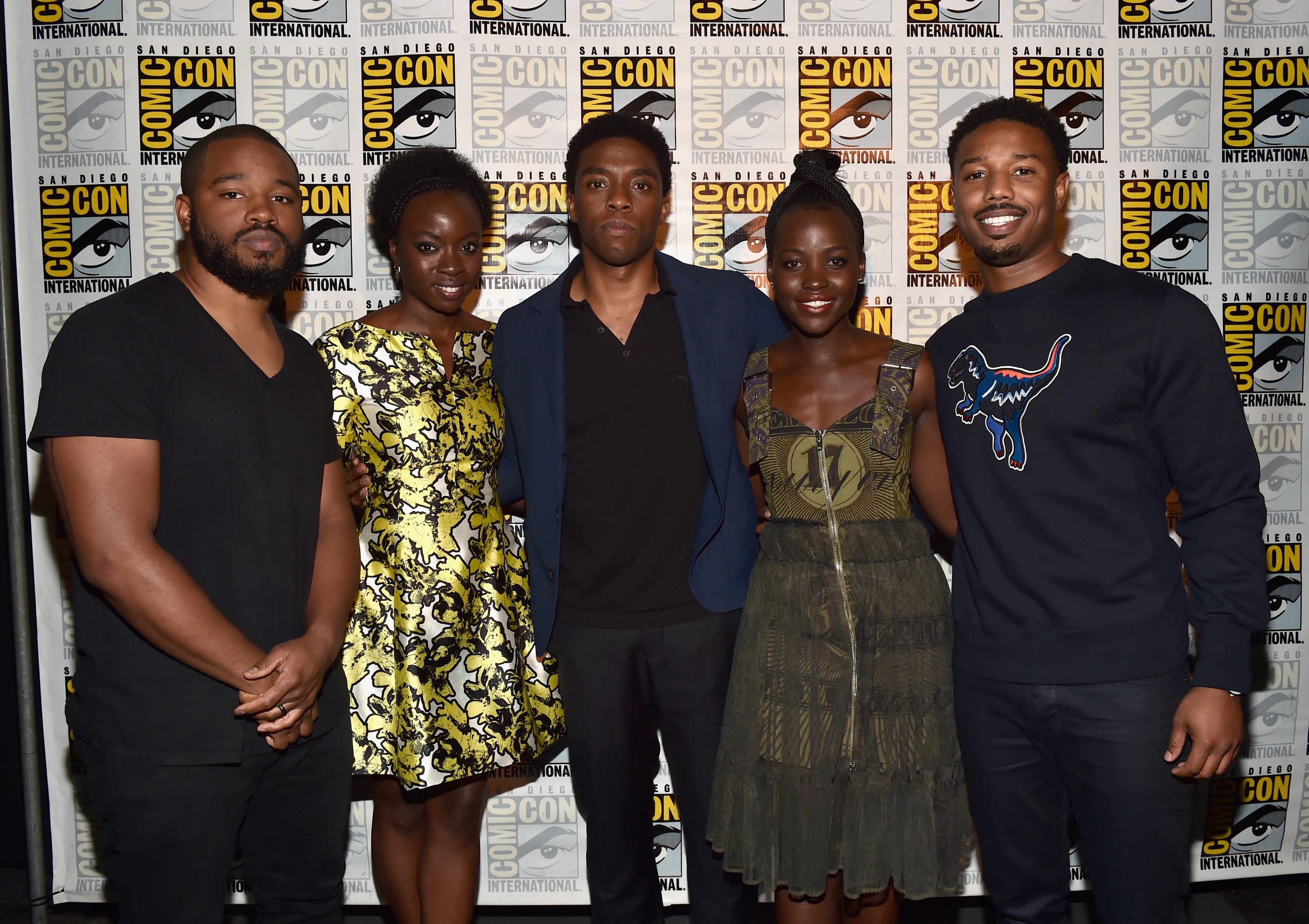 The cast of Black Panther along with director Ryan Coogler

Ta-Nehisi Coates broke the Marvel mode with the release of his Black Panther comic, which we also learned will be turned into a 2018 film directed by Ryan Coogler that will feature an all-star cast including Lupita Nyong’o, Chadwick Boseman, Danai Gurira, Michael B. Jordan and Angela Bassett. 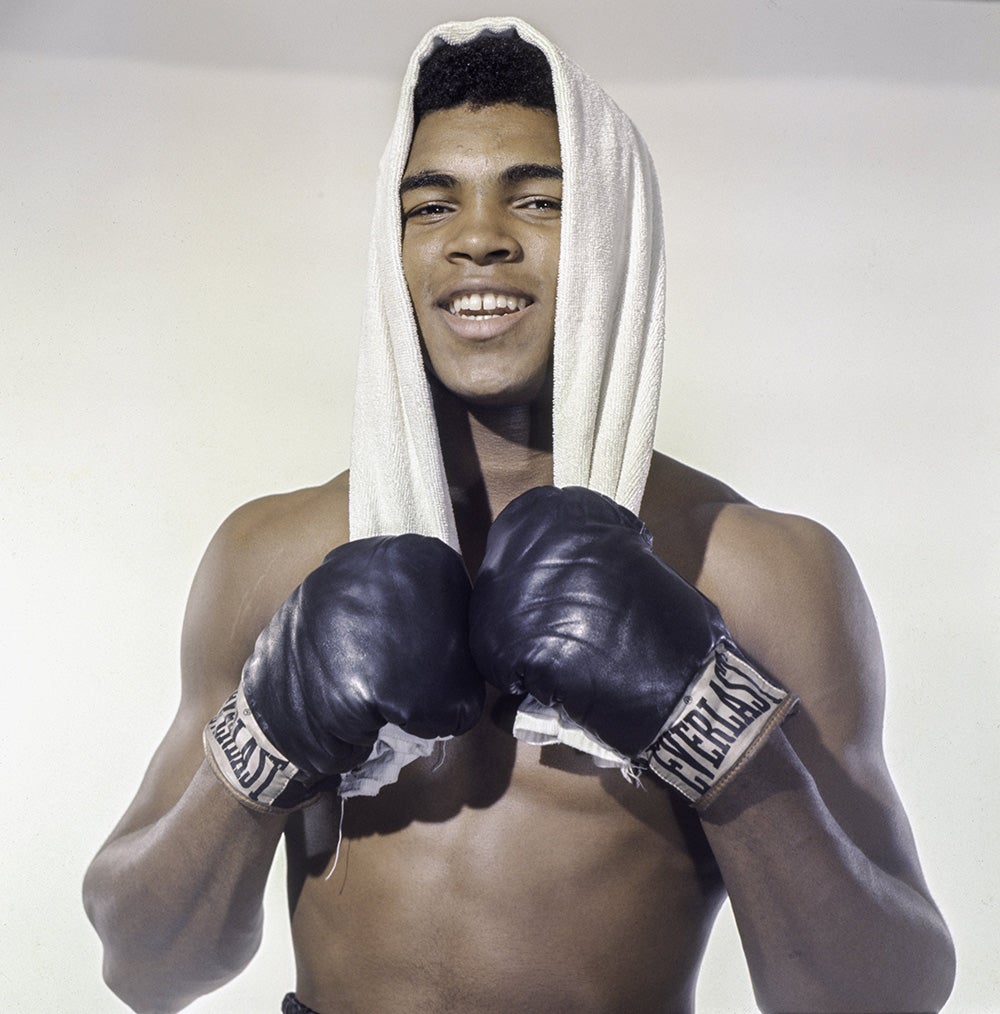 Boxing legend Muhammad Ali was as known for his outspoken pride in his African-American heritage as he was for his many achievements as a professional fighter. In the 1960s, Ali was a prominent public fixture in the Civil Rights Movement, who often used his platform to speak out against white supremacy and spread a message of unapologetic pride among Black people in America.

The nation held their breath as we all came to terms with the death of boxing legend Muhammad Ali, while the Cavs ignited the sports world with their first-ever NBA Championship. On the arts and activism fronts, talented actress Leslie Jones woke up the social media trolls when she landed a lead role in the Ghostbusters remake, while actor Jesse Williams woke up everyone with his powerful words at the BET Awards. 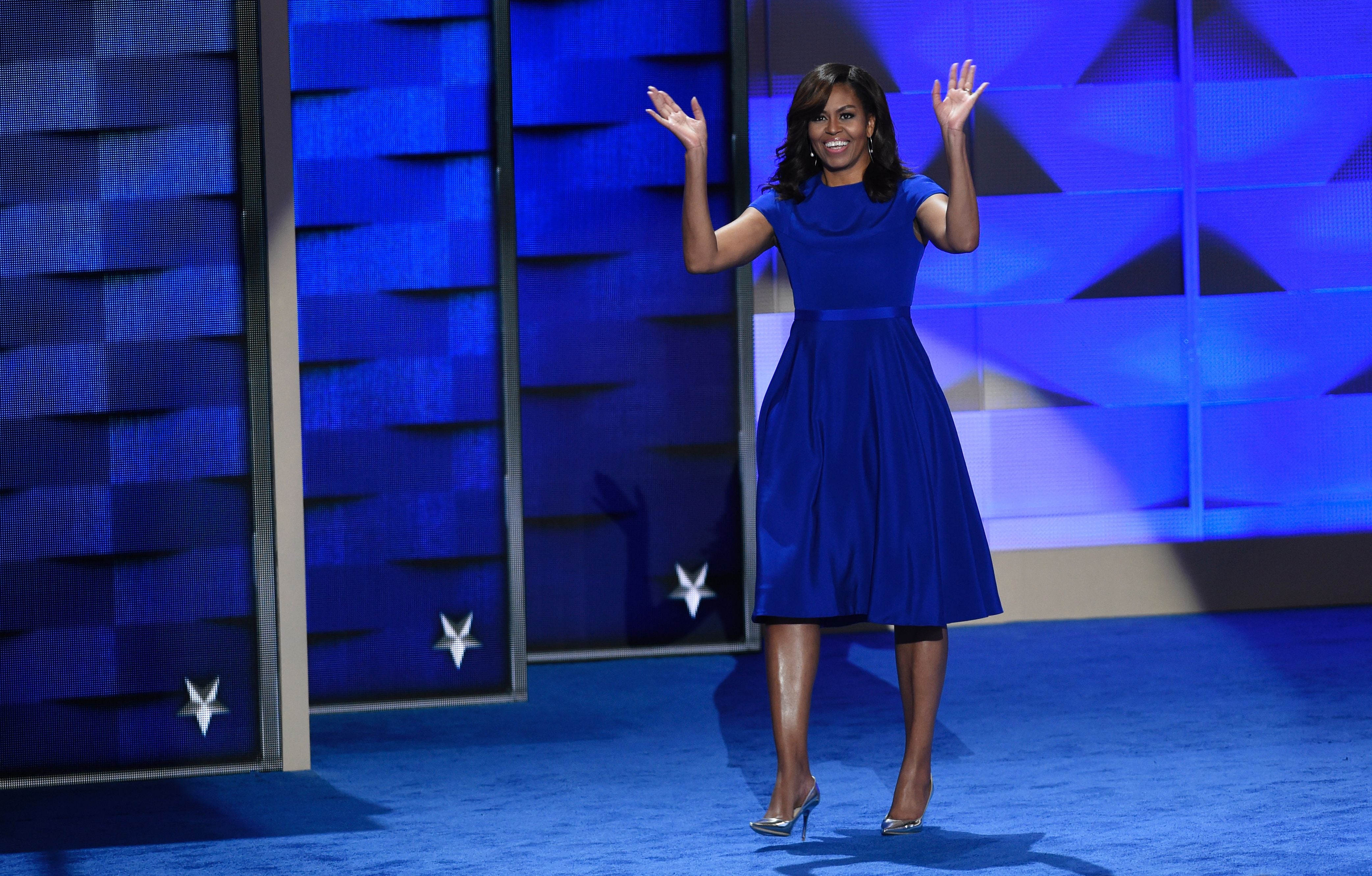 First Lady Michelle Obama reminded us all why she’s the epitome of all things amazing with an iconic speech at the Democratic National Convention, while political commentator Angela Rye summed up all of our sentiments about Donald Trump with a single eye roll during an appearance on CNN. And who can forget Marvel unveiling that the newest face of Iron Man is a 15-year-old, Skai Jackson-inspired Black girl named Riri Williams? In sports, the ladies of the WNBA took a united stand in the fight for Black lives, while the mother of slain teen football player Zaevion Dobson accepted the Arthur Ashe Courage Award on his behalf at the ESPYs. Colin Kaepernick #7 of the San Francisco 49ers kneels during the anthem prior to the game against the Carolina Panthers at Bank of America Stadium on September 18, 2016 in Charlotte, North Carolina. The Panthers defeated the

Black Girl Magic completely took over the Olympics in gymnastics, track and field, swimming, and tennis, while Colin Kaepernick made the boldest statement of the year with his decision to protest the national anthem during NFL games. Meanwhile, Teyana Taylor was all types of body goals with her starring role in Kanye West’s Fade video and Ava DuVernay made history with her directing role in the Disney adaption of A Wrinkle in Time. 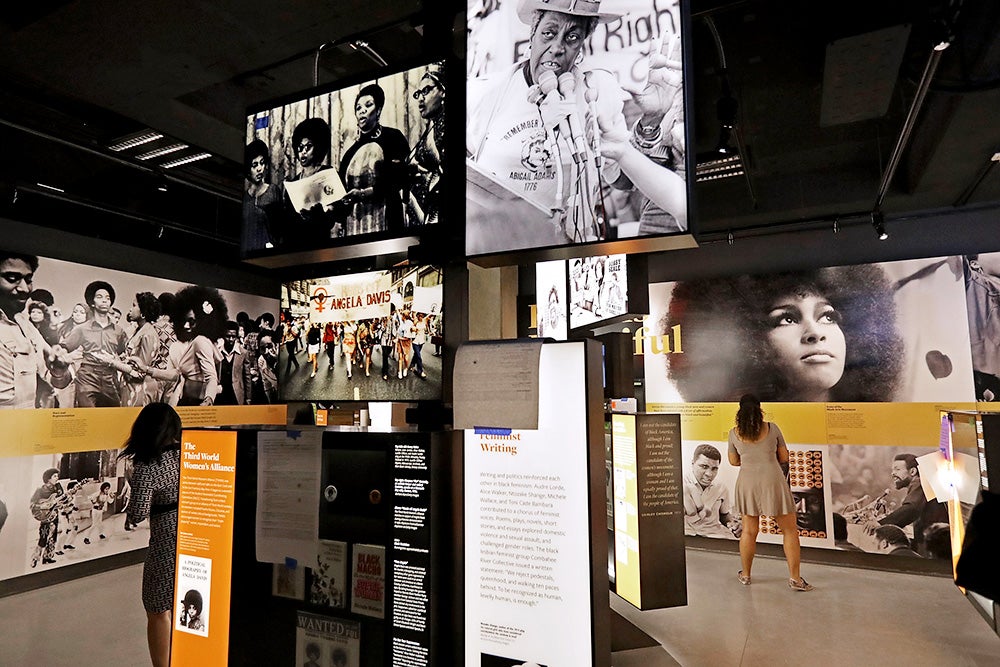 A combination of video screens, printed information, photographs, posters and other artifacts fill the '1968 and Beyond' History Galleries at the Smithsonian's National Museum of African American History and Culture

The Smithsonian’s National Museum of African-American History and Culture officially opened in Washington, D.C., while tennis icon Serena Williams made Wimbledon history and Solange made us all want A Seat At The Table….or at least a seat somewhere next to Donald Glover…preferably in Atlanta. 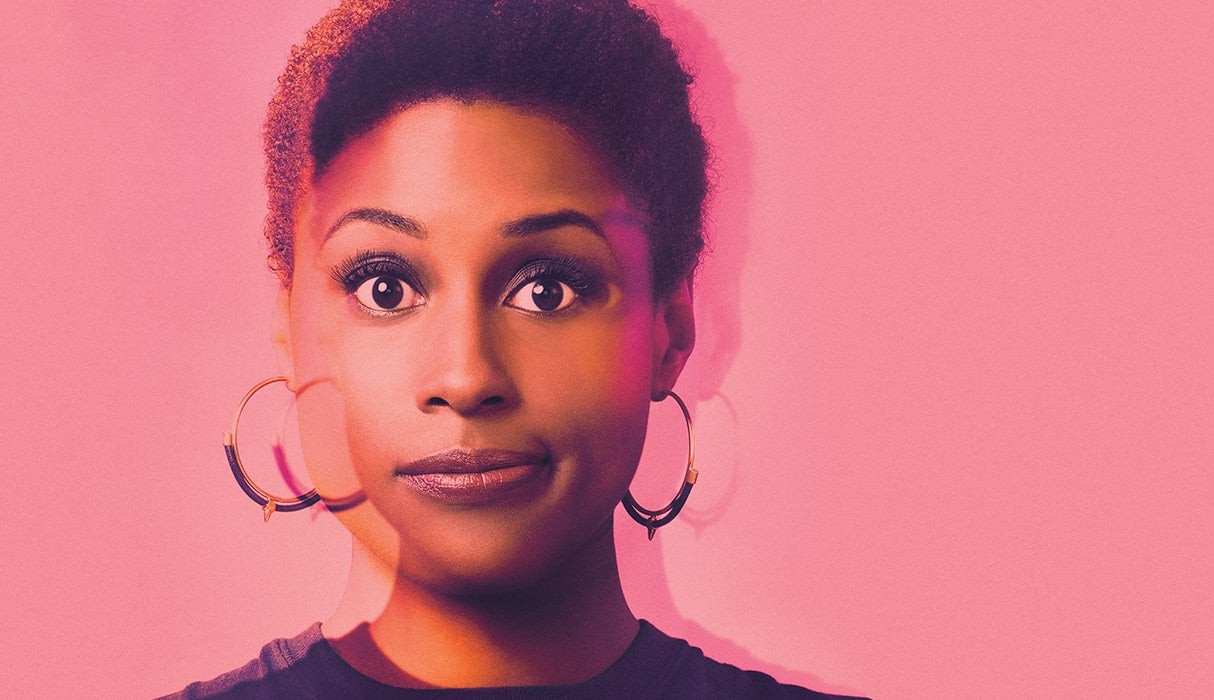 The culturally necessary Birth Of A Nation movie finally hit theaters after months of controversy stemming from resurfaced rape allegations against the film’s star and creator Nate Parker, while Moonlight also premiered to rave reviews from critics and audiences. Issa Rae had us all glued to HBO with the premiere of her hilariously relatable new show Insecure, while Kid Cudi took brave steps towards getting treatment for his mental health issues and we all mourned the sudden loss of actor Tommy Ford. 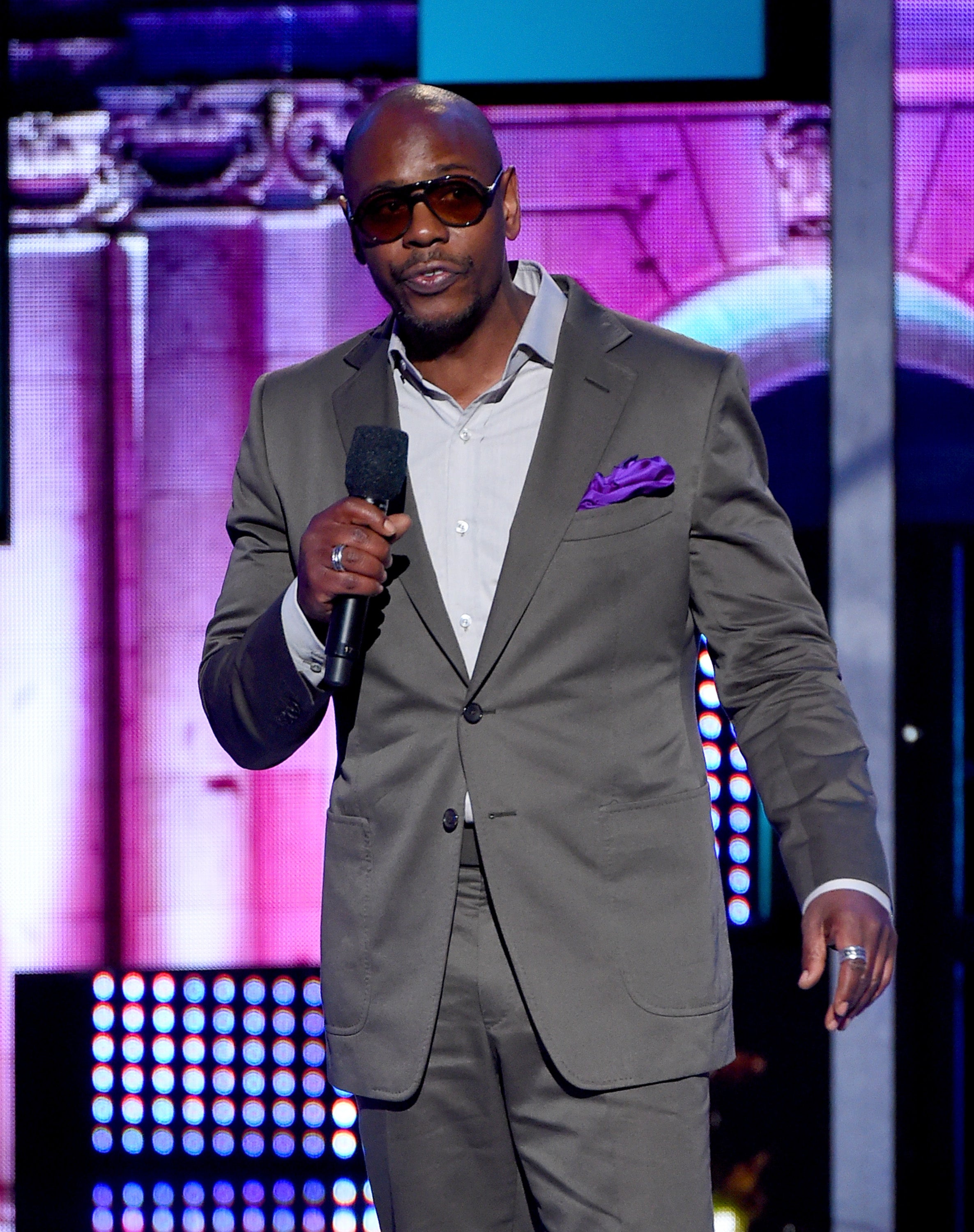 Dave Chappelle’s SNL debut with ATCQ provided us all with a much-needed pick me up after a draining election season, while the Sheppard sisters and their remarkable story of triumph earned them the Sportskids of The Year award. 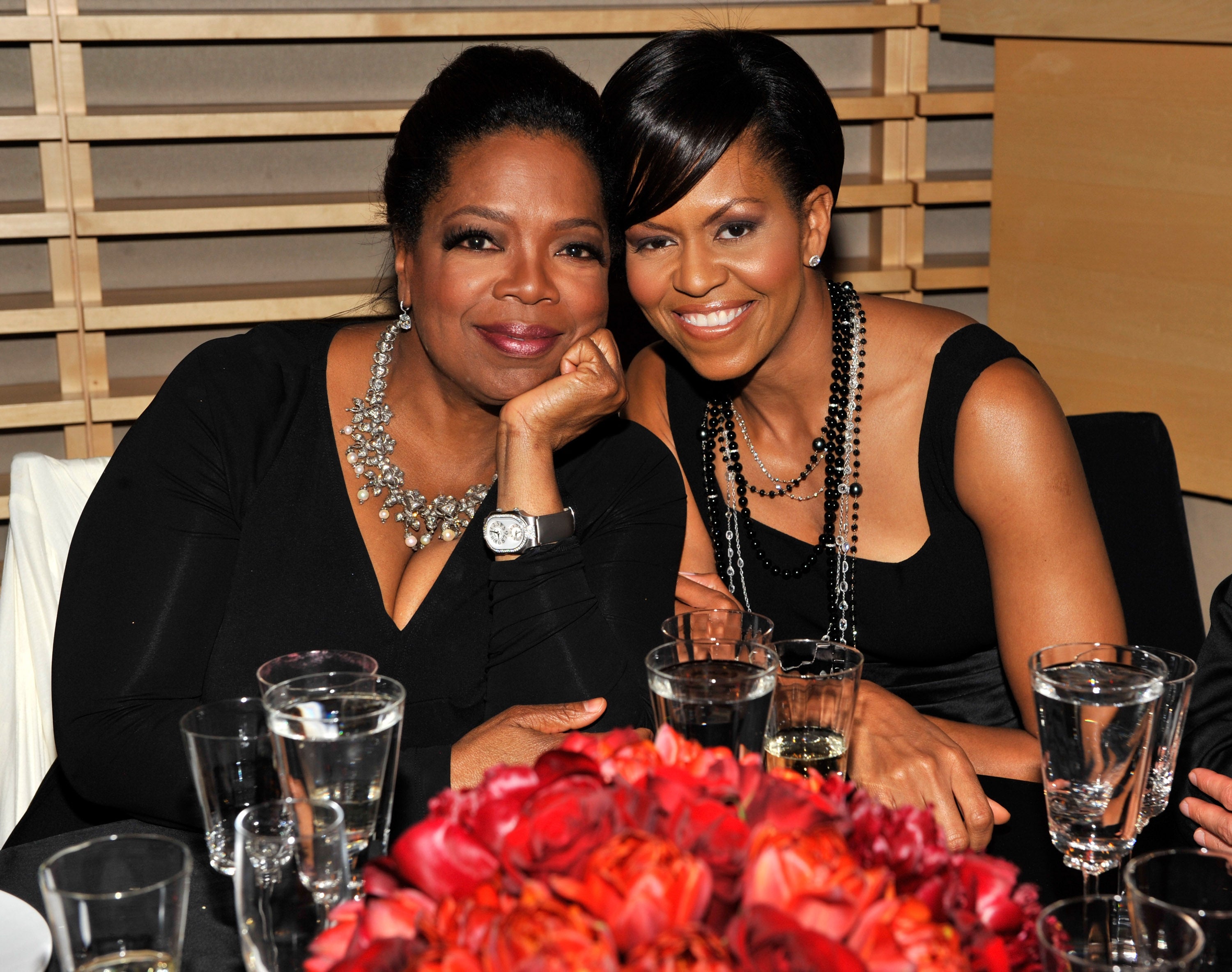 "We all knew she was brilliant & cute & strong & a great mom but the way in which she blended purpose & policy with fun...was masterful"

Media mogul Oprah Winfrey closed out 2016 by sitting down with First Lady Michelle Obama for a final White House interview that gave us even more reasons to wish the Obamas had just one more year at 1600 Pennsylvania Avenue.