Professional athletes, celebrity guests and a handful of media influencers gathered at the Barclays Center in Brooklyn, NY on Monday night to honor the year’s sports standouts at the 2016 Sports Illustrated Sportsperson of the Year Awards.

While the evening’s main honoree and 2016 NBA Champion LeBron James was deservedly the talk of the night as the 2016 Sportsperson of the Year, it was the three young female track stars from just up the street who ultimately stole the show and warmed the hearts of the crowd. Officially announced as the 2016 SI Sportskids of the Year just last month, sisters Tai, Rainn and Brooke Sheppard took to the venue stage outfitted in adorable dresses, where they humbly accepted their award from an energetic DJ Khaled. Proud Mom Tonia Hardy beamed with excitement from the crowd, as 11-year-old Tai flawlessly delivered their acceptance speech to a standing ovation. Watch the priceless moment below.

James was equally in awe of the trio, opening his own acceptance speech with words of praise for his wife, his mother and the three extraordinarily talented young sisters, who overcame homelessness in 2015 to land a spot in this year’s Junior Olympics. “First of all, Tai, Rainn and Brooke. I got a 2-year-old daughter at home right now and that’s all I can think about while I’m watching you guys up there,” James said. “You guys are incredible.” 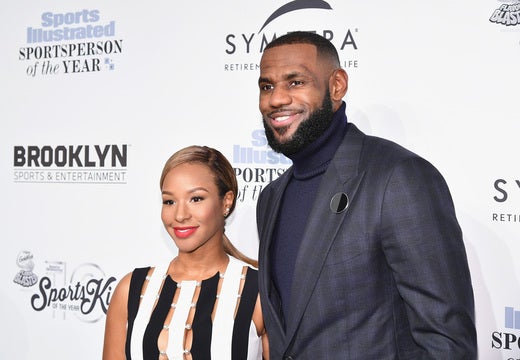 Jay Z, who was also on hand to introduce long-time friend LeBron to the stage for his award, was also smitten with the siblings. Following a brief group photo-op with all of the honorees and presenters immediately after the show, Mr. Carter quietly escorted the girls backstage for a surprise meet and greet with none other than wife Beyonce. 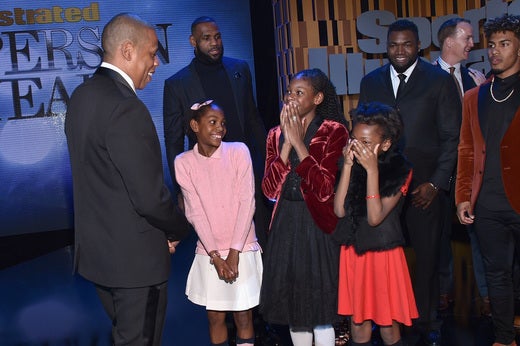 Other highlights of the evening included a touching speech from Muhammad Ali’s wife Lonnie, who had many kind words of thanks and tribute for Muhammad Ali Legacy Award recipients Kareem Abdul-Jabbar, Jim Brown and Bill Russell. Iconic track and field Olympian Jackie Joyner-Kersee also graced the audience with her presence at the start of the evening, while Grammy Award-winning lyricist Kendrick Lamar lit up the stage with an electrifying performance of his hits “Untitled 07 (Levitate)” and “Alright,” in tribute to LeBron James.