The Rock & Roll Hall of Fame announced its 2018 class of inductees, and aside from the more known acts like Bon Jovi and Nina Simone was music pioneer Sister Rosetta Tharpe.

The name may not ring a bell, but Tharpe is the person your favorite musicians often cite as one of their early inspirations. A queer Black woman emerged from the south to create a radical sound that influenced and defined an era.

Here are the things you should know about Rock & Roll Hall of Fame Inductee, Sister Rosetta Tharpe.

Sister Rosetta Nubin was born in Cotton Plant, Arkansas in 1915. Her mother, Katie Harper was a singer, musician and preacher for the Church of God in Christ (COGIC). Tharpe picked up the guitar at age four and by six years old, she had joined her mother on the road in a traveling evangelical act. 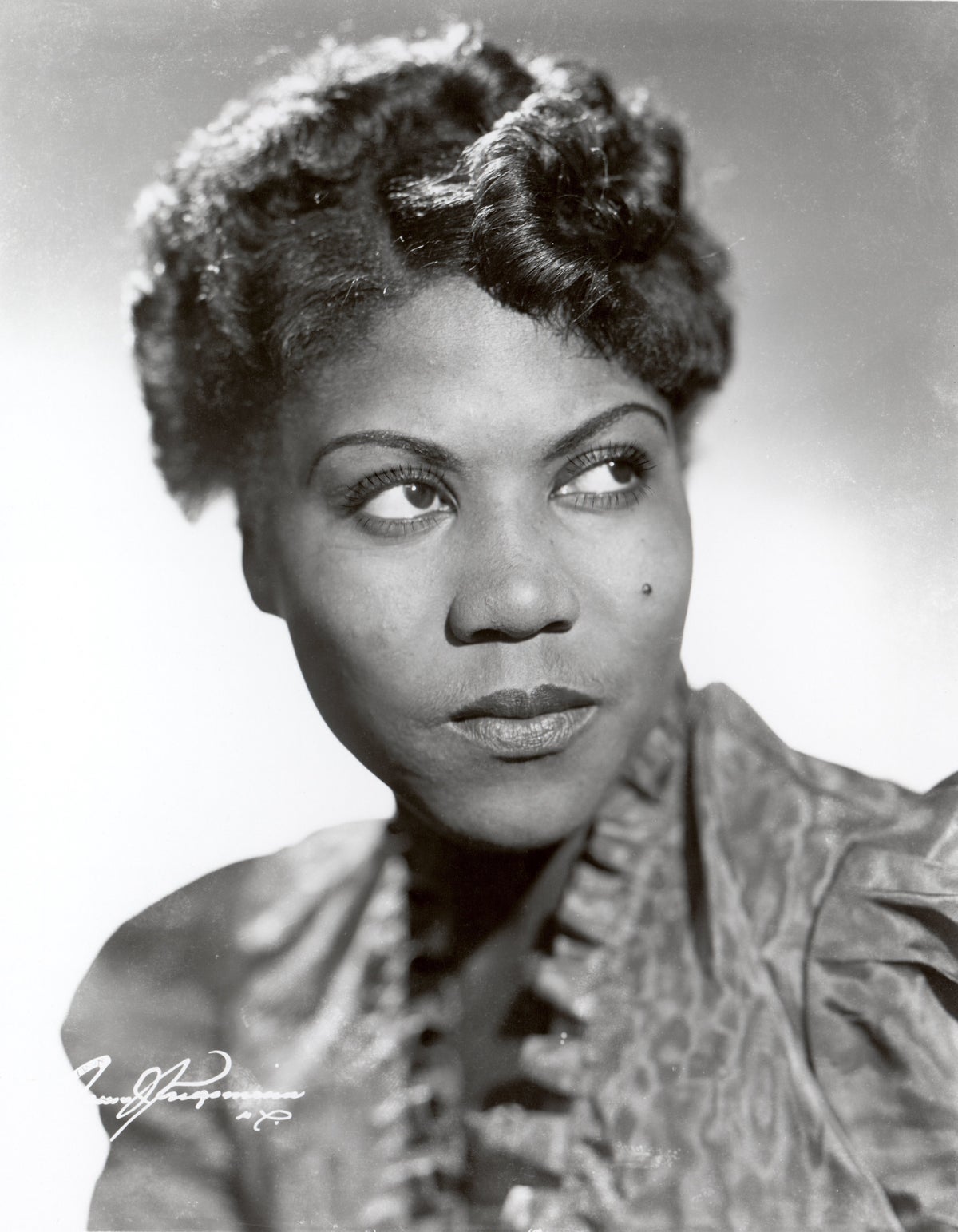 After settling in Chicago and then later in New York City, Tharpe began merging the sound of the Delta blues, jazz and gospel music to create her signature sound. She experimented with the sound, and her first single was a gospel and rock fusion called “Rock Me.” 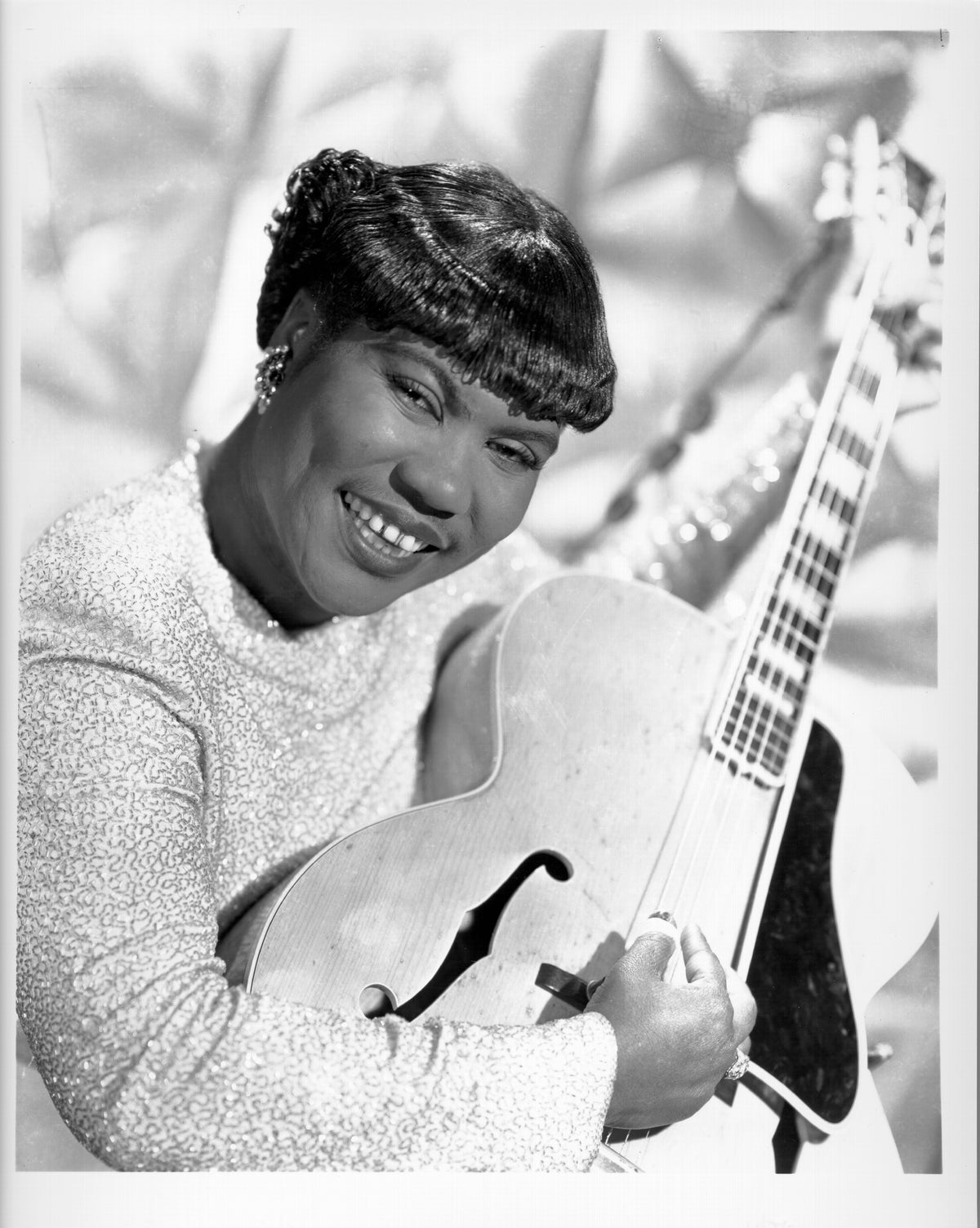 Black women guitarists were rare and Tharpe definitely stood out. Bob Dylan said of Tharpe, "I'm sure there are a lot of young English guys who picked up electric guitars after getting a look at her." Tharpe played with Duke Ellington and Dixie Hummingbirds. 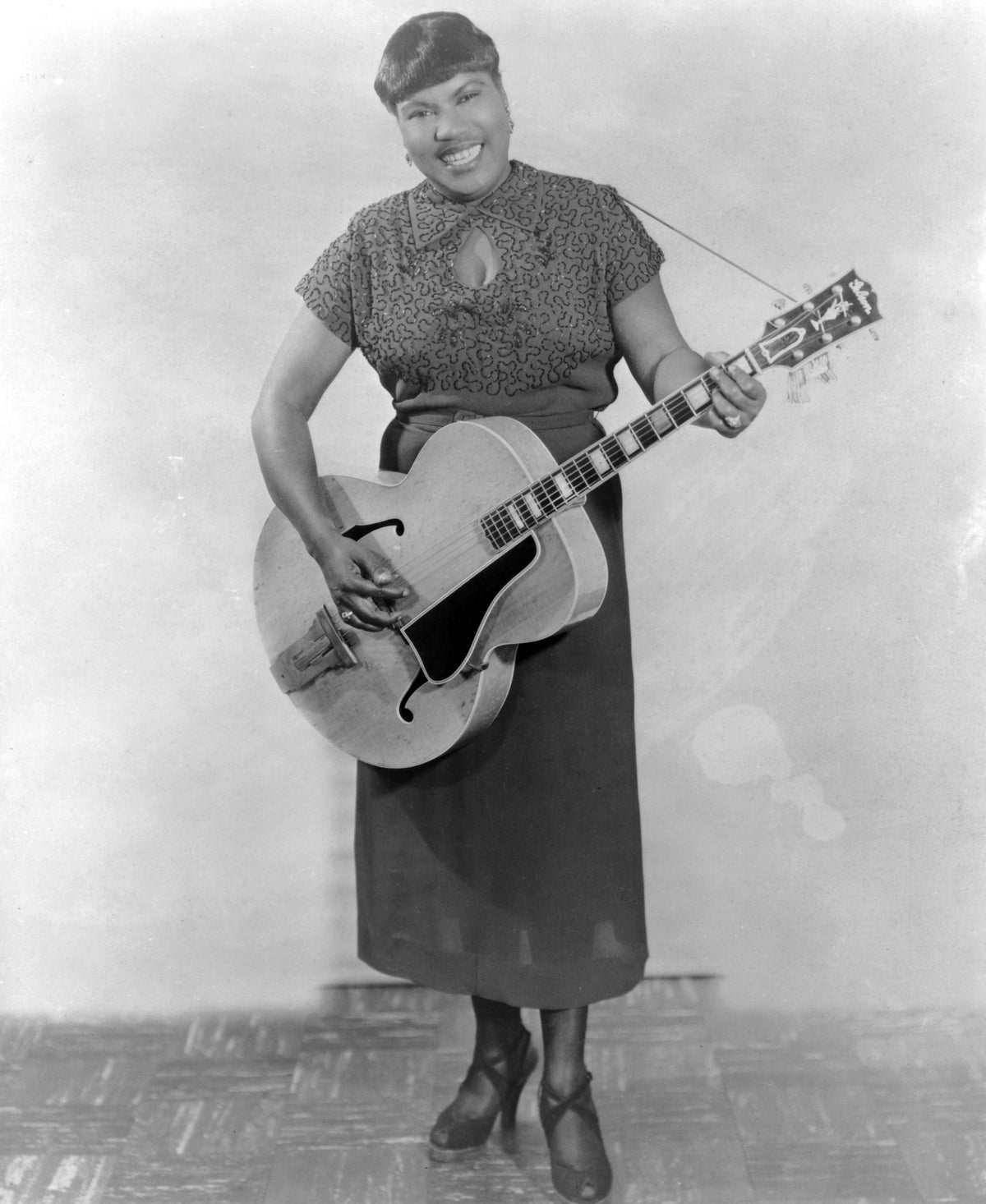 Sister Rosetta Tharpe was married several times and had relationships with both men and women. She met her partner, Marie Knight, and the pair began touring and making music together in the 1940s. It was a revolutionary act. 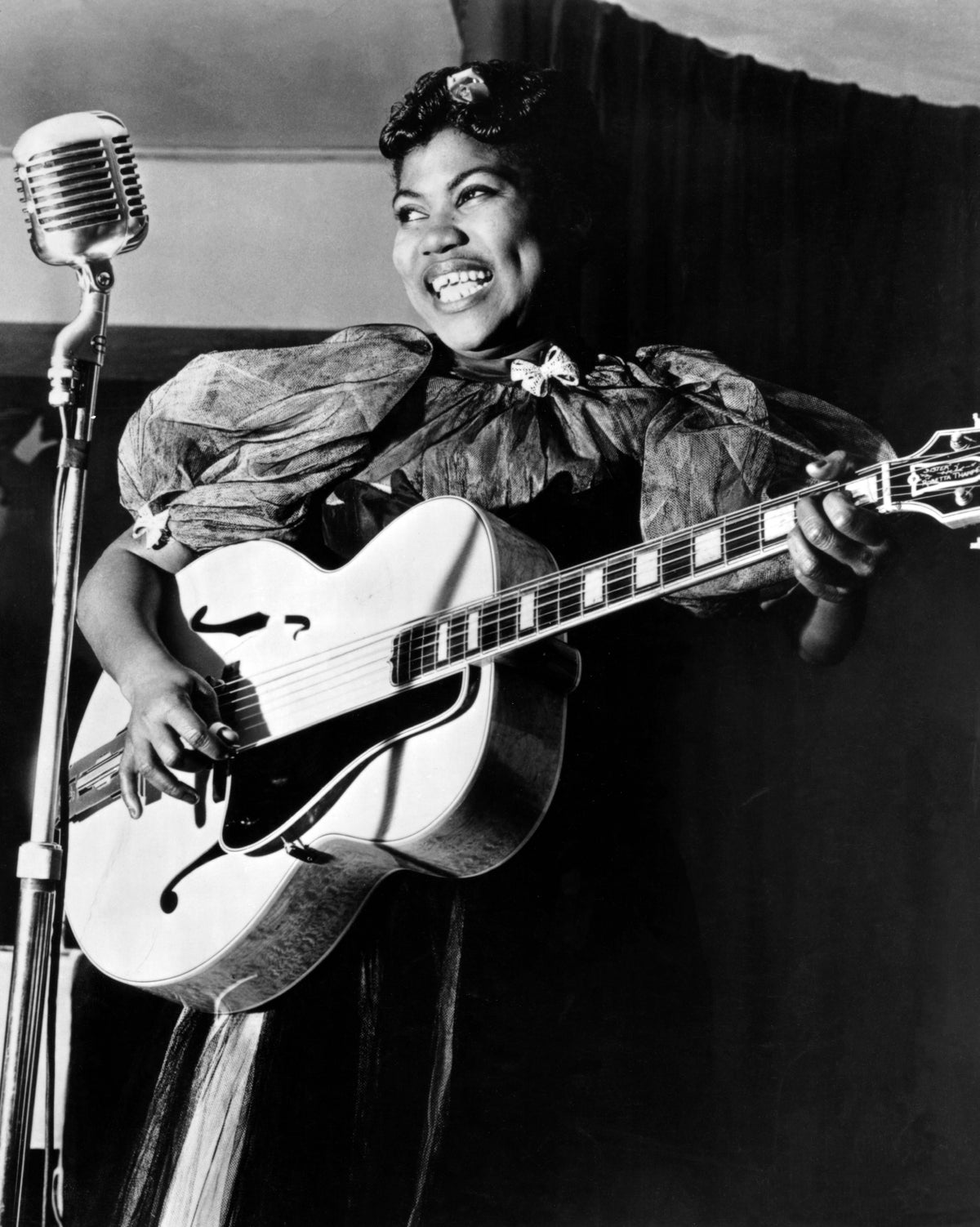 Way before Sly Stone married in front of a crowd of onlookers at Madison Square Garden in 1974, Tharpe had already been there and done it. In 1951, Tharpe married her third husband at a concert in Washington D.C. The concert was recorded and later sold as an album. 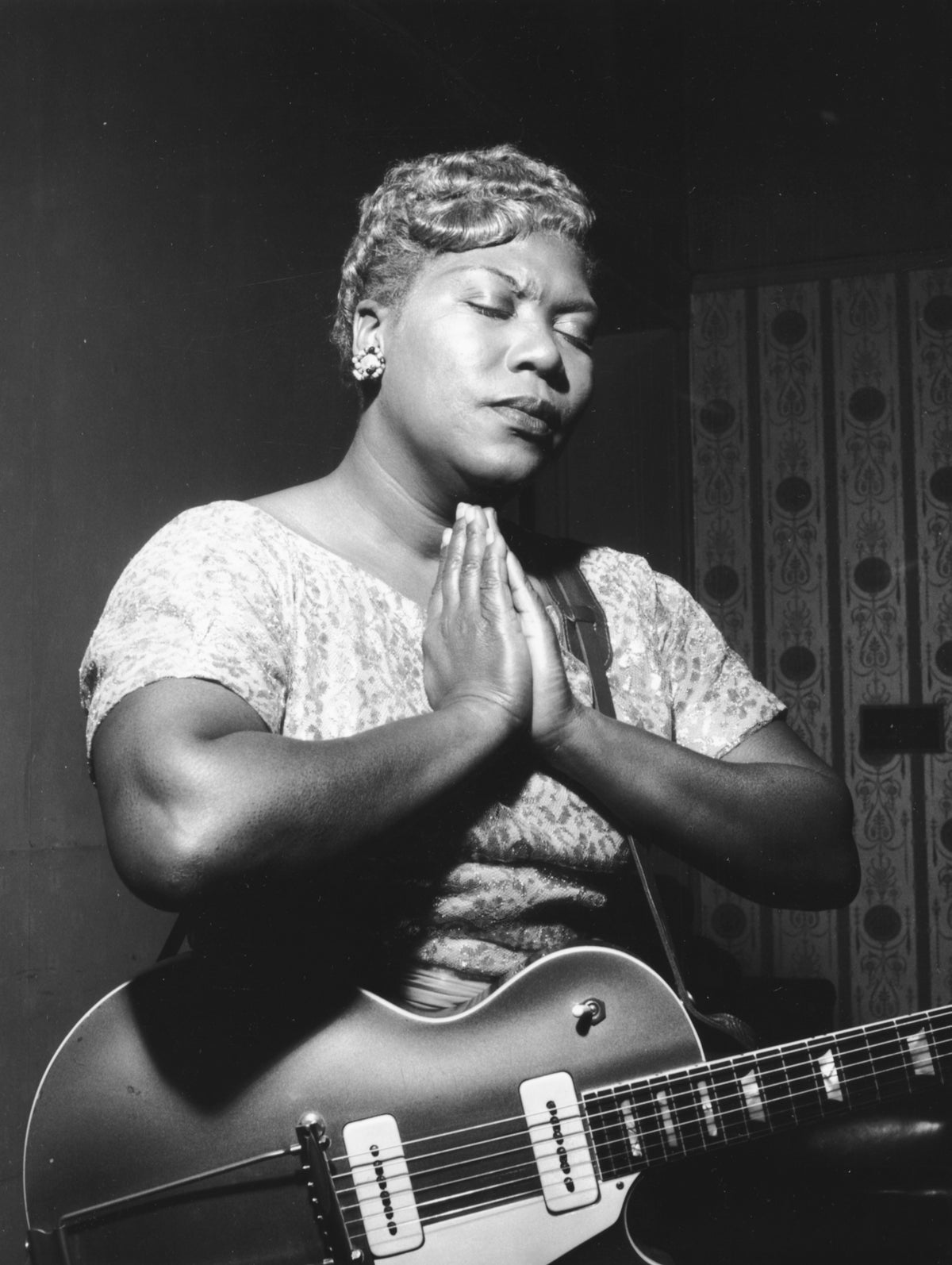 She Was Married In Front Of A Crowd Of 25,000 At Griffith Stadium

A resurgence of interest in Tharpe emerged in the 90s through several television segments, honors and articles. She was posthumously honored by the United States Postal Service with a 32-cent commemorative stamp on July 15, 1998. 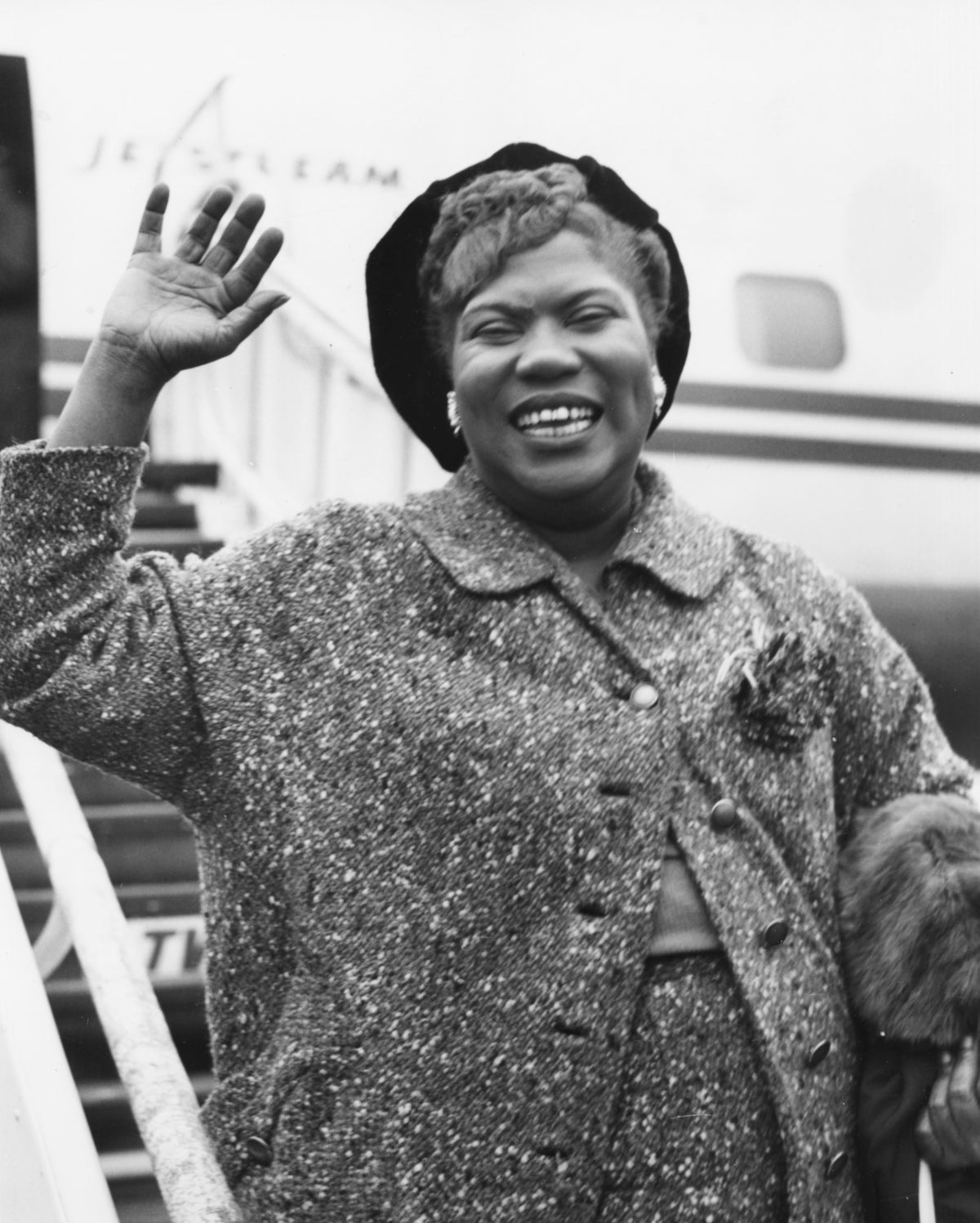 She Received A Commemorative Stamp

She continued touring in Europe to nearly the end of her life. Tharpe’s last known recording is in 1970. She suffered a stroke that year and had one of her legs amputated from diabetes complications. Tharpe suffered a fatal stroke on October 9, 1973 and died in Philadelphia. 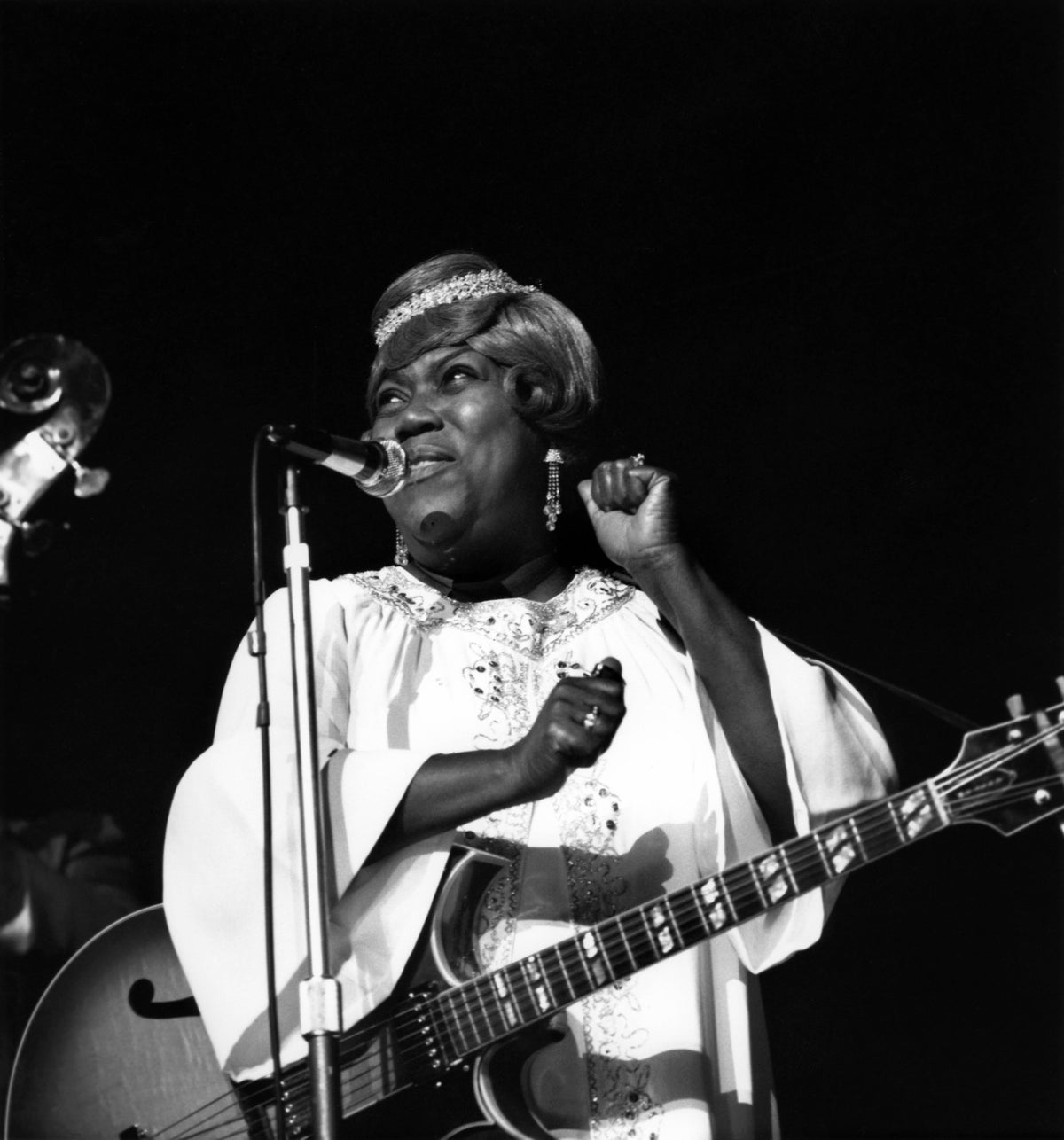 Tharpe Suffered A Stroke and Died in 1973