By Paula Rogo · Updated October 23, 2020
For Summer Chandler, it is always a big moment when she gets to watch Serena Williams take the court. The tennis-obsessed 10-year-old tries to catch her favorite player compete in person whenever she can. Chandler has watched Williams practice and compete at the U.S. Open for years, and she was even able to get Williams’ signature at the 2016 tournament. But nothing prepared Chandler for the moment when Williams complimented her “S” necklace recently while hosting a youth event in New York. The interaction, which Williams’ husband Alexis Ohanian captured and shared on his Instagram, went viral as millions were taken by Chandler’s pure joy at speaking to her idol.

This young lady's reaction is everything. What is your S? Go watch the debut IG.TV show from @serenawilliams 👀

“It was amazing!” Chandler told ESSENCE of the moment. “I never actually thought she would talk to me there because there were other girls, who wore the same outfit as me and we all looked the same.” 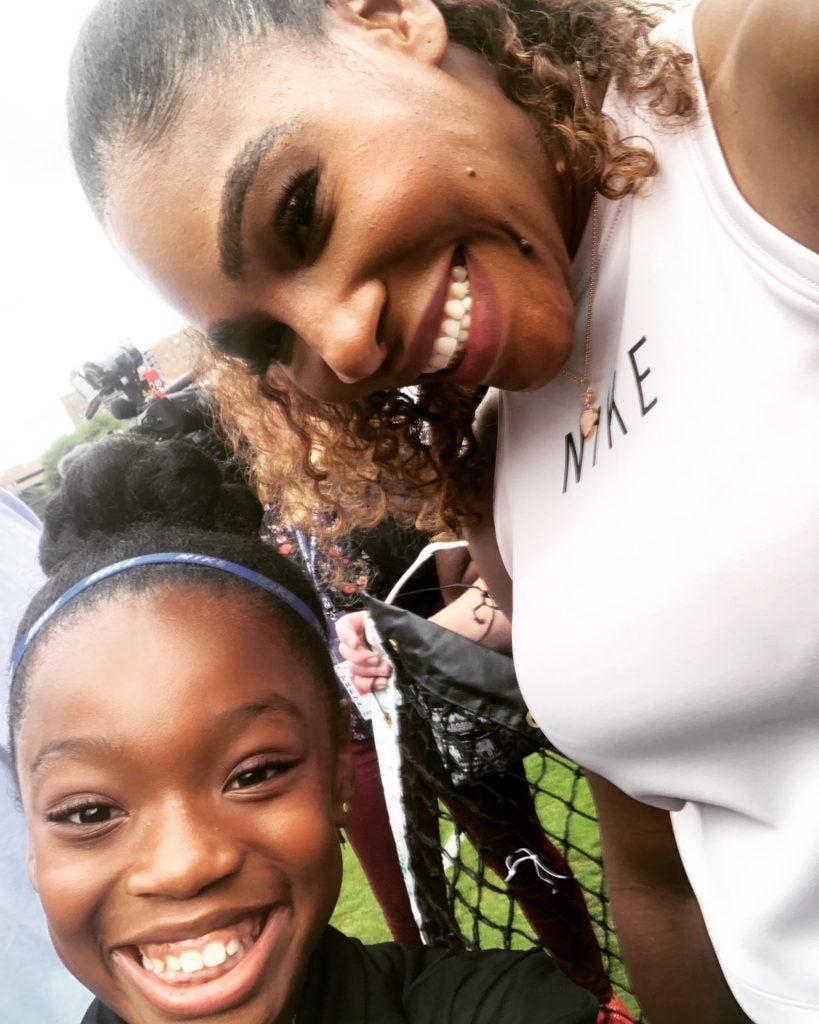 But what appeared to be a chance interaction between the two was actually all planned out by Chandler. Recognizing that all of the participants at the event would be wearing the same thing, the smart seventh grader (Yes, seventh! Chandler has skipped multiple grades thanks to being a top achiever.) carefully considered what would make her stand out. “I wore that chain for her to notice me,” she admitted. “I didn’t think she would. So when she did, I was happy.” Chandler told Williams as much once she received the compliment. “I wear it just for you,” she said in the video. Although Chandler is just 10 years old, she has seen much success both on and off the court. As a USTA tennis player, she has been winning tennis matches and tournaments for years and attends the prestigious John McEnroe Tennis Academy on a full scholarship. 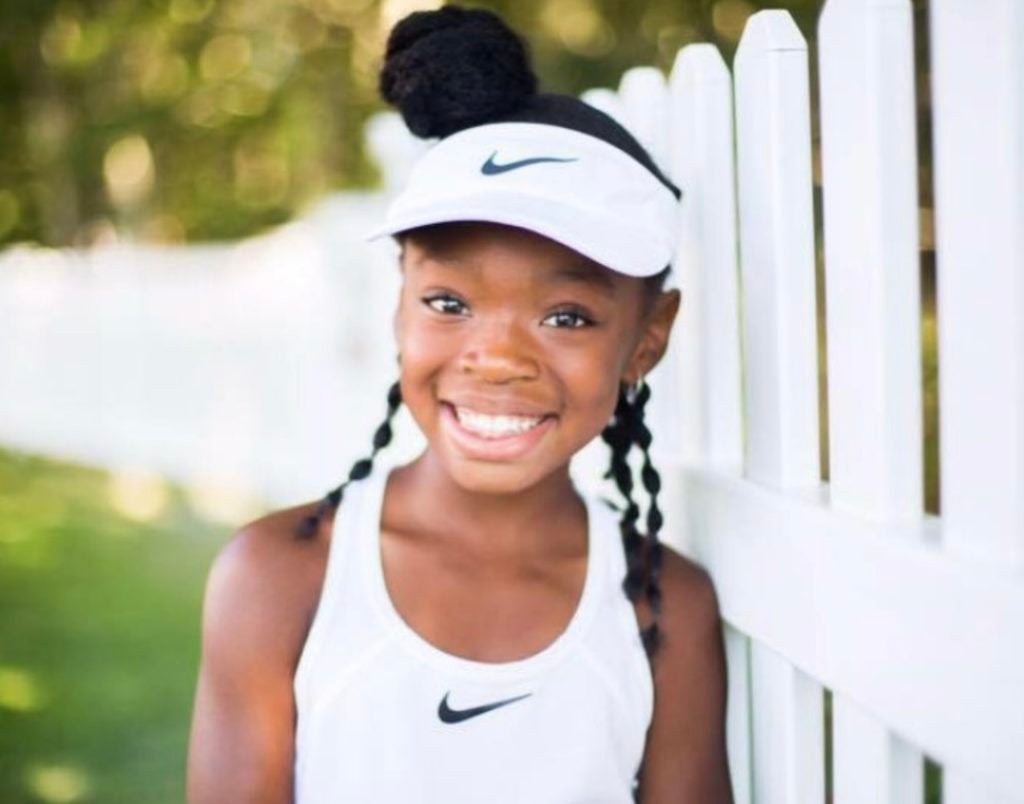 That ambitious determination pretty much epitomizes Chandler, her mother Malene Chandler told ESSENCE. The fact that her daughter was able to have that moment with Williams last week was a prime example. “My daughter woke up that morning with the notion that she would stand out and show Serena her chain,” she recalled. “And to know it worked out and know it was so seamless…it was awesome!” As the mother to a Black girl, Malene Chandler said that it is so important for Chandler to see other Black women like Williams, Sloane Stephens, and Madison Keys play the predominantly white sport at such a high level. Her mother added that Williams gives her daughter something “that she can aspire to. While she loves other players, Serena really epitomizes a Black woman in the sport at a top level.” 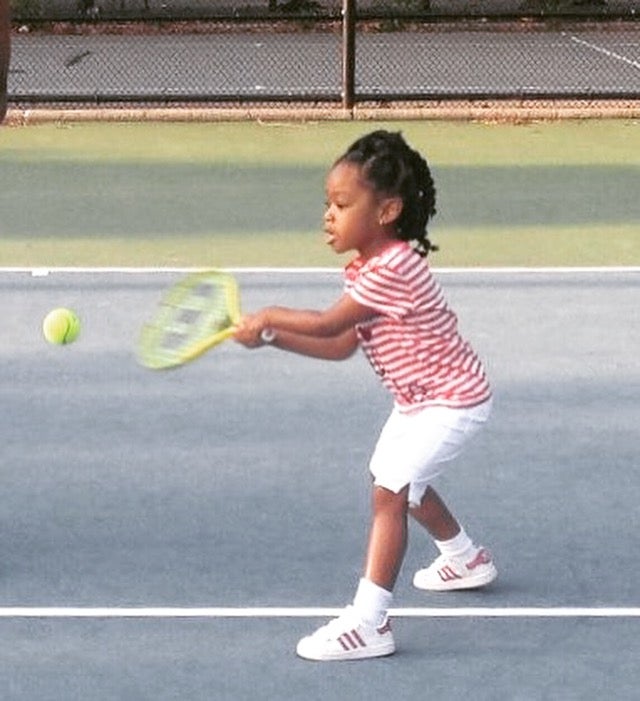 Indeed, Williams has been the most dominant woman in tennis ever since Chandler first picked up a racket seven years ago at the age of three. Her love for the sport started when her maternal grandfather, who also plays tennis, happened to put his racket down near her. According to family lore, the then 3-year-old Chandler picked it up and refused to put it down. After noticing how much his granddaughter gravitated towards the racket, Chandler’s grandfather eventually bought her a Sponge Bob tennis racket. “It has been a deep yearning in her ever since,” her mother said. “She has always wanted to get on the court. And that was the drive. It’s amazing to see it blossom from a Sponge Bob tennis racket to now.” 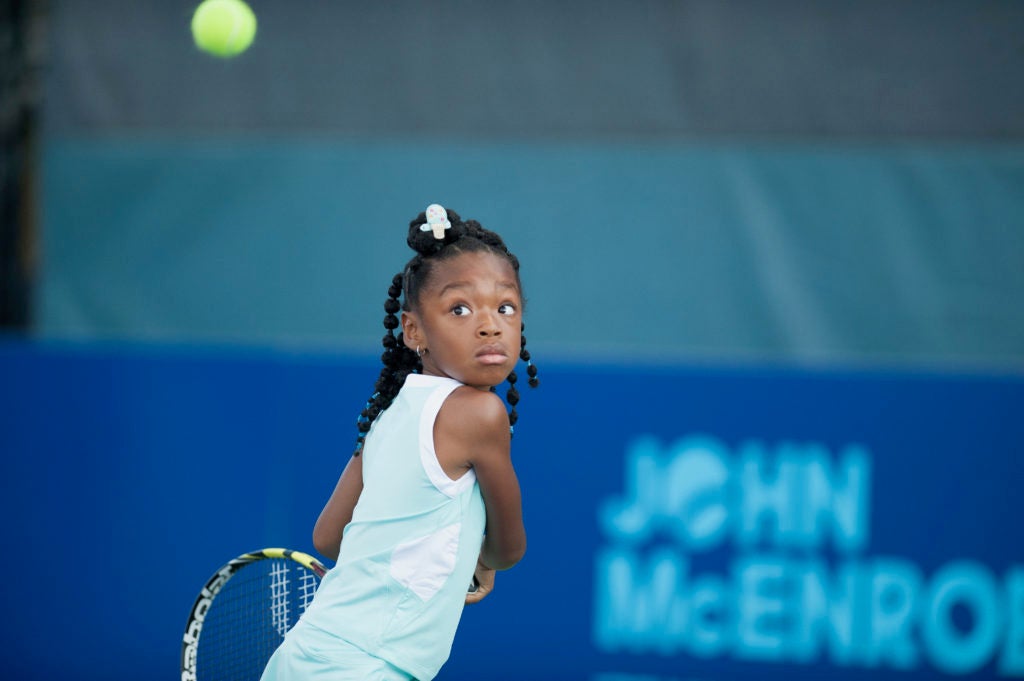 And as parents, Malene Chandler, a human resource professional, and her husband Shawn, an New York City teacher, want to continue supporting Chandler as long as the drive and passion are there. It’s a passion that has Chandler practicing six days a week. On her off-days, she can be seen practicing her stroke on the wall at home or closely watching video of Williams’ game. With big plans for her career still far in the future, Chandler told ESSENCE that her most immediate goal is to give Williams her own “S” necklace when she goes to watch her play at this year’s U.S. Open, which starts Monday. “I didn’t get to give to her last time, so I’ll give it to her when I next see her,” she said.
TOPICS:  Madison Keys Serena Williams Sloane Stephens Summer Chandler