Jackson, MS, is once again modeling radical Black love for the nation with a pioneering basic income program that will give fifteen Black mothers living in subsidized housing $1000 every month for the next year.

The initiative, Magnolia Mother’s Trust, is spearheaded by Springboard to Opportunities, in partnership with Economic Security Project, and “will be the first [guaranteed income initiative] that specifically targets extremely low-income families headed by an African American female living in affordable housing in the United States,” according to Springboard’s website.

In Mississippi, just 5,682 low-income families received benefits under Temporary Assistance for Needy Families, the program sometimes derided as welfare, in 2016, even though one-in-five Mississippians live in poverty.

Mississippi’s monthly benefit for those who receive basic assistance is $170, compared to $442 nationally. In 2016, just 1.4 percent of new applicants for welfare were approved. The state has strict employment and drug testing requirements for TANF

Poverty, disease-care, failing schools, scarce access to reproductive health options, and the crushing weight of white supremacy are not new conditions for many Black Mississippians and they are not yet past. Still, from Fannie Lou Hamer and Ida B. Wells-Barnett, to the Deacons for Defense and Justice, Black people have always fought to create systemic and institutional changes that reflect the beauty and resilience of the communities that birthed us.

“We believe all people have the strength and capacity to be the authors of their own lives,” writes Aisha Nyandoro (pictured above), CEO of Springboard to Opportunities, in a guest column for the Clarion-Ledger. “And just as so many women did during the civil rights movement, they have the capacity to write a better story for their communities and, ultimately, for Mississippi.”

In an exclusive interview with ESSENCE, Nyandoro said that “we must rewrite the system” that has sought to bury us beneath the rubble of capitalism.

“This program is radical and women driven,” Nyandoro told ESSENCE. “Black women are—falsely—labeled ‘welfare queens’ and dehumanized just for trying to survive in a system constructed for us to fail—and it’s not like foundations are lining up to give money to Black women.”

Nyandoro says her goal is to “get more mamas and children” to participate in the program over time, and to learn alongside them about what works and what doesn’t.

“On average, the women who will participate in the program have an annual income of $11,030,” she says. “They will see their income doubled.”

But what happens if the income change makes participants ineligible for the Mississippi Supplemental Nutrition Assistance Program (SNAP)?

“Some of their benefits may be impacted, so we tried to make sure that the money dispersed through the Trust will offshoot any negative impact on the households,” Nyandoro said. “That’s the story we don’t talk about, how it’s virtually impossible to claw yourself out of poverty, and that’s problematic. We’ll be tracking this with our researchers.”

PSA: If there’s work to be done in social justice spaces, from environmental to food, to the courts, to state and sexual violence, guaranteed Black women are already doing it. Seek out these women instead of screaming: “WHY IS NO ONE SPEAKING ABOUT THIS.” Someone always is.

Nyandoro says even for those who do manage to claw their way out of poverty, the fear and stigma remains, and often manifests in cruel ways.

“We have a crisis of poverty in Mississippi that is rooted in economic and racial inequality,” she tells ESSENCE. “And when Black women do seek financial assistance, front-line support at these offices often treat them horribly because they know that they are less than two paychecks away from the people they’re helping, but God.”

Nyandoro’s words reminded me of Dr. Martin Luther King Jr. speaking about the “drum major instinct” in 1968. While speaking to guards in the Birmingham Jail, King made it plain:

“You are put in the position of supporting your oppressor, because through prejudice and blindness, you fail to see that the same forces that oppress Negroes in American society oppress poor white people. And all you are living on is the satisfaction of your skin being white, and the drum major instinct of thinking that you are somebody big because you are white. And you’re so poor you can’t send your children to school. You ought to be out here marching with every one of us every time we have a march. Now that’s a fact.”

That is a fact.

Jackson Mayor Chokwe Antar Lumumba tells ESSENCE that he fully supports the work of the Magnolia Mother’s Trust and is looking forward to the initiative’s immense success.

“I believe poverty is the worst form of violence, so I am encouraged by this project,” Lumumba said. “We need an economy for and by the people, and most of all for our mothers. The lack of self-determination in our community, and throughout the South, means that this is not just about the economics of race, but of ideas. We must continue pursuing larger efforts that sustain economic empowerment for our communities and for every household.

“We can not afford to recycle the same economies of humiliation,” Lumumba said. 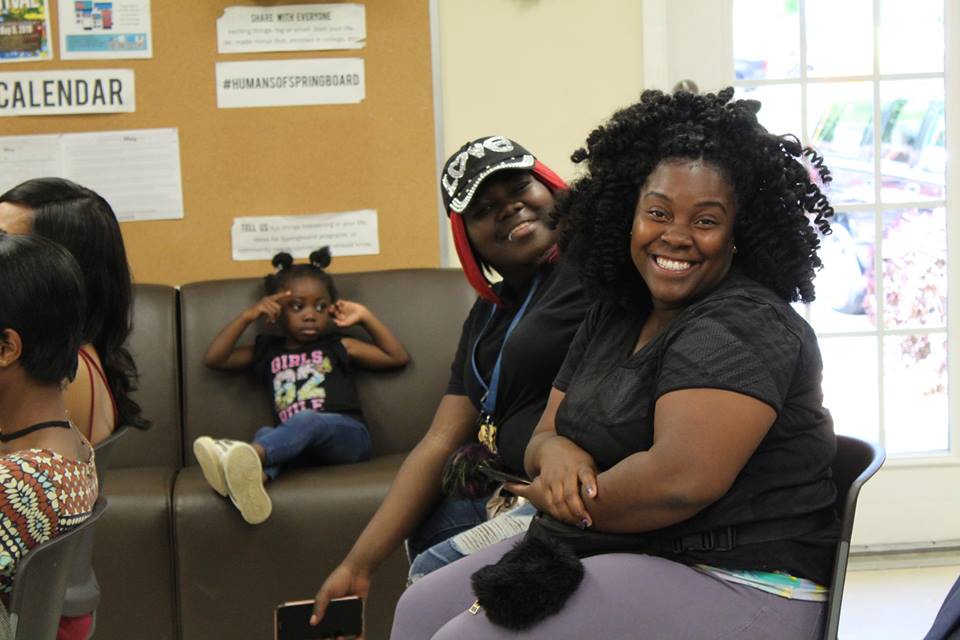 Some people, observing the painful, intergenerational trauma that lives in Mississippi, often ask, “Why not just leave?”

While there are some people who can’t leave—because of the poverty that the Magnolia Mother’s Trust is working to eradicate, some people don’t leave because they know they have a right and responsibility to stay. They stay to reimagine, create, and fight for something better, beautiful, and radically Black.

They stay for the people.

Make no mistake: Jackson, MS, is well on its way to becoming “the most radical city in America.”