It took about 20 minutes of dialogue between Robert de Baudricourt (Patrick Page) and his steward (Robert Stanton) on a stunning set of brass organ pipes before Condola Rashad made her way onstage in Saint Joan. But from the moment she appears, her presence is desired in every scene.

Bernard Shaw’s Saint Joan debuted in April with a robust cast that includes Rashad, Daniel Sunjata (Rescue Me), John Glover and Mandi Masden. The modern take on the Joan of Arc (Jeanne d’Arc) story finds the audience in 15th century France at the tail end of the Hundred Years’ War between France and England. In the history books Joan is a 19-year-old clairvoyant heroine whose premonitions from a higher power lead her to a relief effort that gave much-needed morale to the French — and ultimately helped end the war. 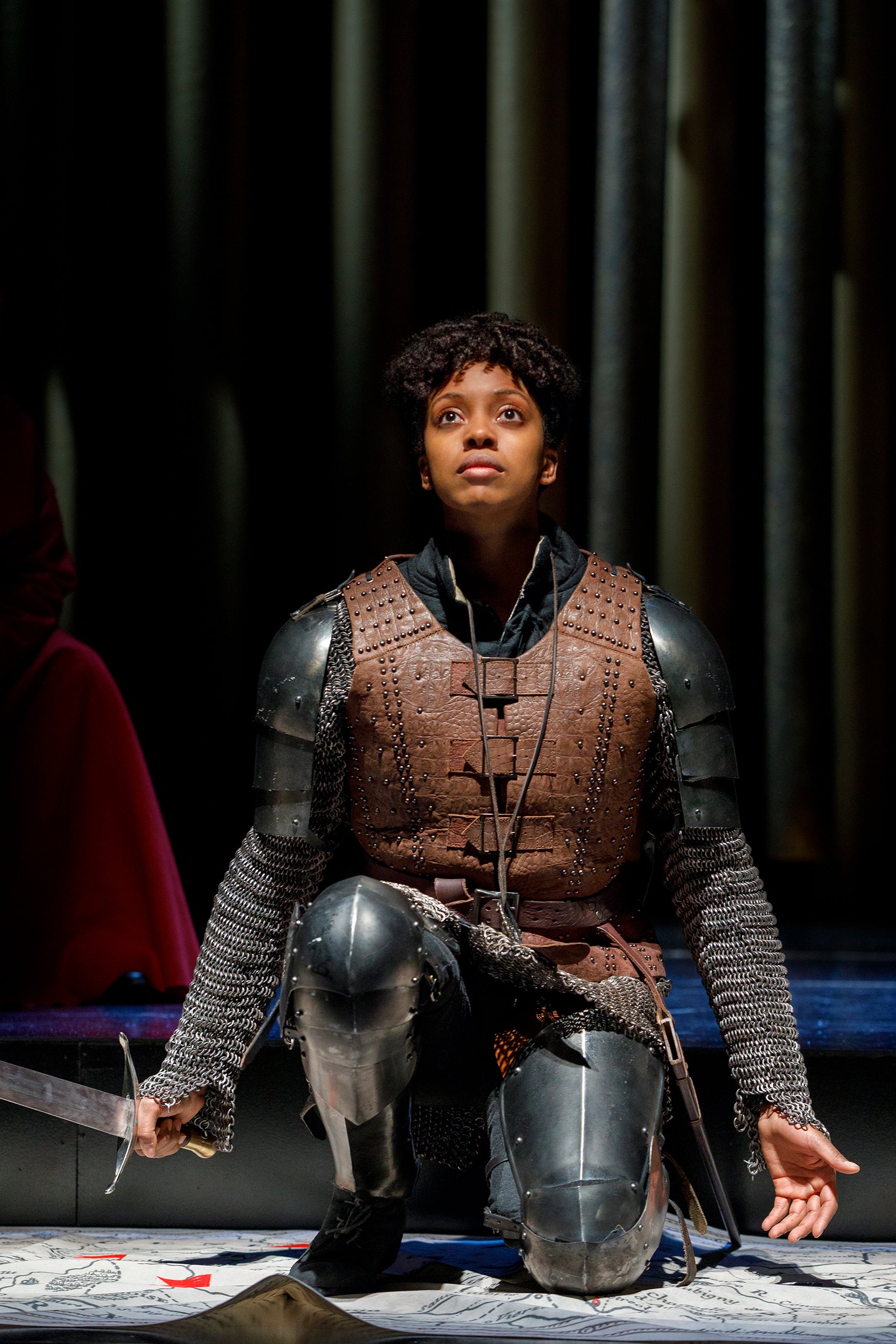 In the play, Rashad is a 19-year old gender non-confirming Joan who has the kind of light in her eyes that makes you believe her visions. It’s not an easy part to play, but that’s probably why Rashad got her fourth Tony nomination for Best Leading Actress because of her stellar —and highly critisized— performance.

“Nobody’s trying to pretend that Joan of Arc was a Black woman,” Rashad told Deadline. “I’m a storyteller.”

Adding, “I researched Joan as if I were writing a thesis on her. What I learned was nothing less than heartbreaking. Incredibly moving, incredibly inspiring. The actual story is not something that most people know. Like, she wasn’t actually burned at the stake for witchcraft. They couldn’t try her on that because they didn’t have enough evidence. What they burned her for was wearing men’s clothing.”

While the dialogue between other characters leaves much to be desired, the overall story is told with zest in a time when hope is needed. Shaw somehow made a 600-year-old story applicable and humorous but still accurate. The ending for this Joan is the same as the martyr but there’s a followup, a deeper dive into how the young woman, convicted by a spiritual force, changed the world.

“I think that often when people think of Joan of Arc they just think of this mercenary, this soldier, hardcore,” Rashad continued with Deadline. “But the way people [of her time] described her — and this is not folklore, this is in the historic documents — people described her as someone who, when she was speaking about her purpose when she was leading the army, there was a certain fire that came through her.”

Joan was posthumously canonized into sainthood in 1920 by the Catholic church, and Rashad, well, she’s become a certifiably divine talent.