Anthony Hamilton showed his love for ESSENCE Festival and Black culture while shutting it down on the Superdome stage last night with just one phrase: “Black AF”

A post shared by Anthony Hamilton (@anthonyhamiltonofficial) on Jul 7, 2018 at 8:31am PDT

Did he sing that phrase while performing with The Roots last night? No. He didn’t utter the phrase either as he thanked the packed Superdome for turning up with him. But it was his fly fedora hat that said it all.

The words ‘Black AF” (translation: Black As F*ck) appeared on one side of Hamilton’s hat, while a stencil of a heartbeat monitor that morphed into a raised Black fist appeared on the other side of the hat. The beautifully phrased hat was designed by Tiffany James, owner of CAAB ‘Cute As A Button’ Customs (a Black-owned hat company formed in 2016). 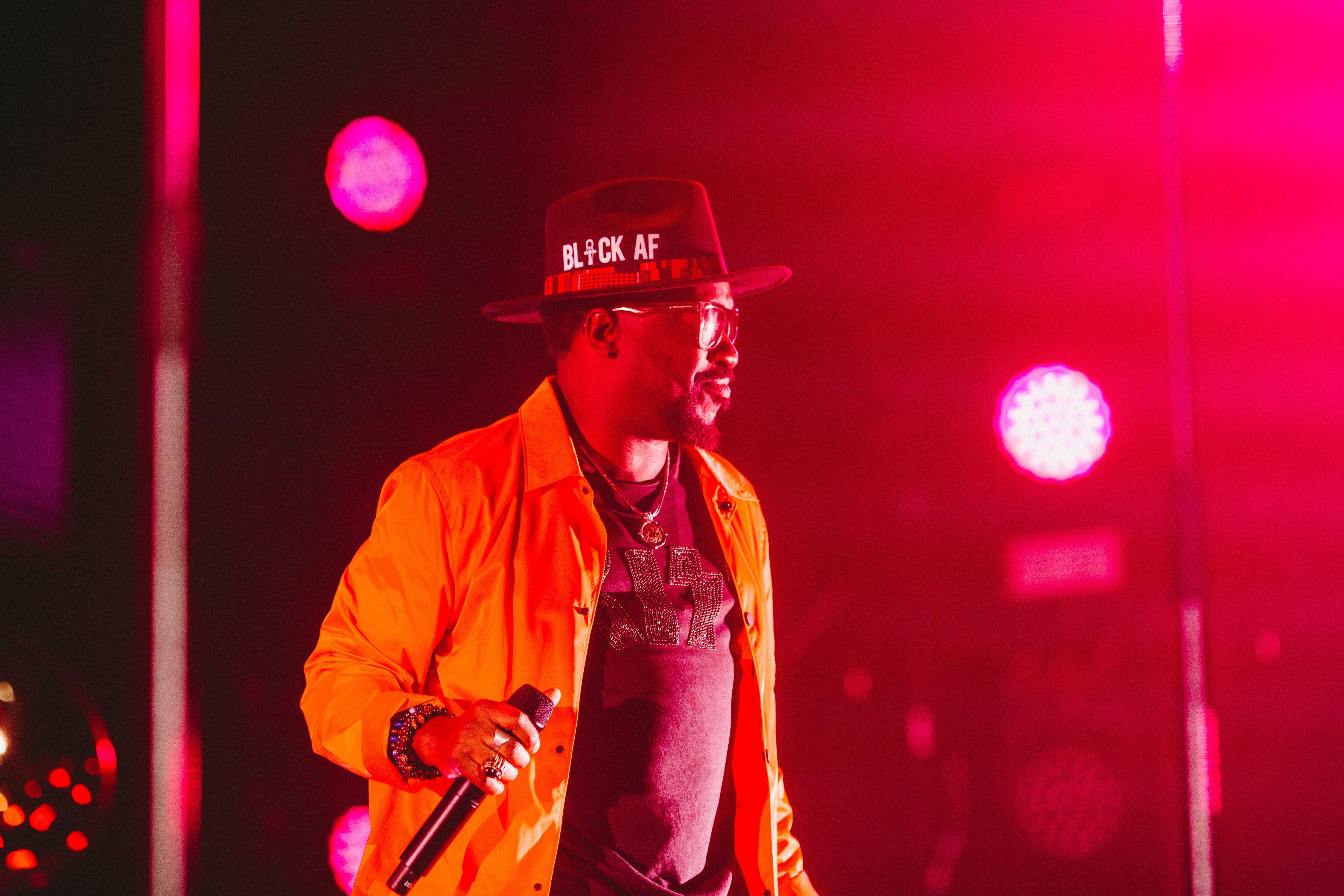 He completed his look with a bright orange, J. Lindeberg jacket, a studded tee and sunglasses; his background singers (all male), also stole the spotlight in their black-on-black ensembles and black fedora hats.