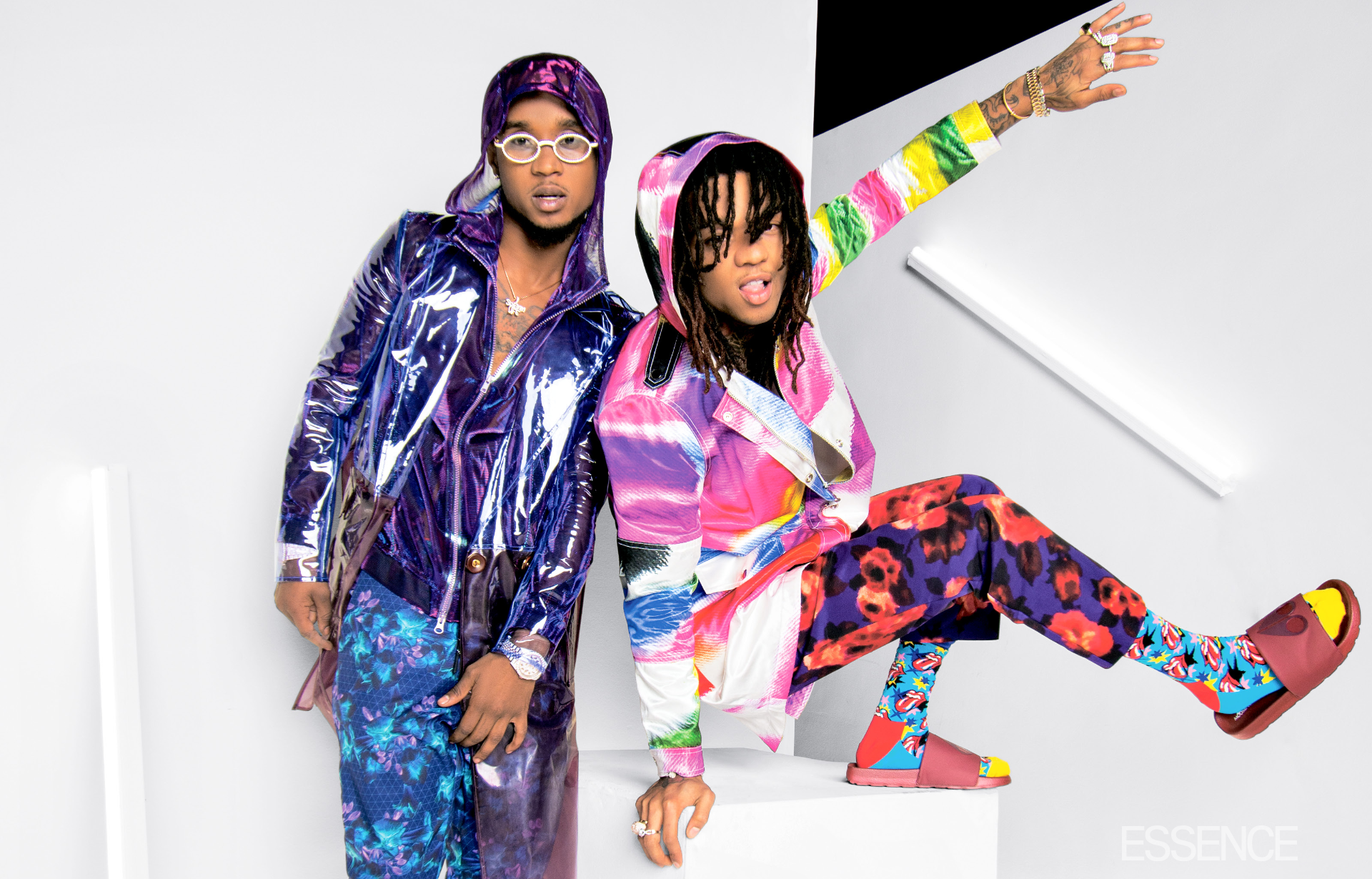 Brothers Aaquil and Khalif Brown (best known as popular rap duo Rae Sremmurd) already had a few hits under their belt when they caught the attention of mainstream music lovers in 2016. Their single, “Black Beatles,” reached No. 1 that year after it became the soundtrack to the Mannequin Challenge. The rest is hip-hop Internet dance craze history.

Fast-forward to present day and the pair have kept the momentum going, separately and together. Released in May 2018, their latest album, SR3MM, gave fans a chance to hear how each of the talented siblings had perfected the art of holding their own as individuals on a track and complimenting each other as members of a duo. (SR3MM was a triple release: one group album, one album from Aaquil and one from Khalif.) 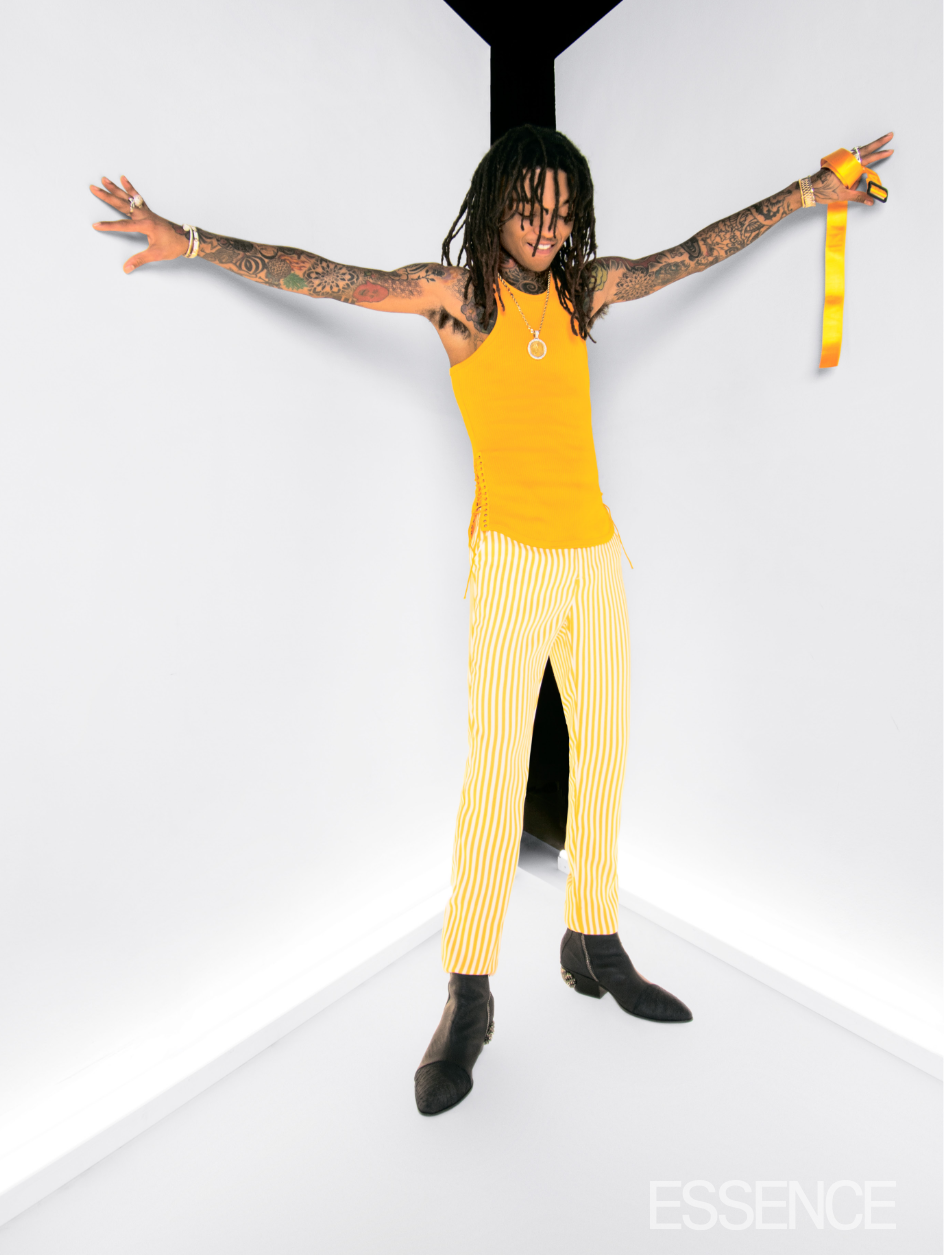 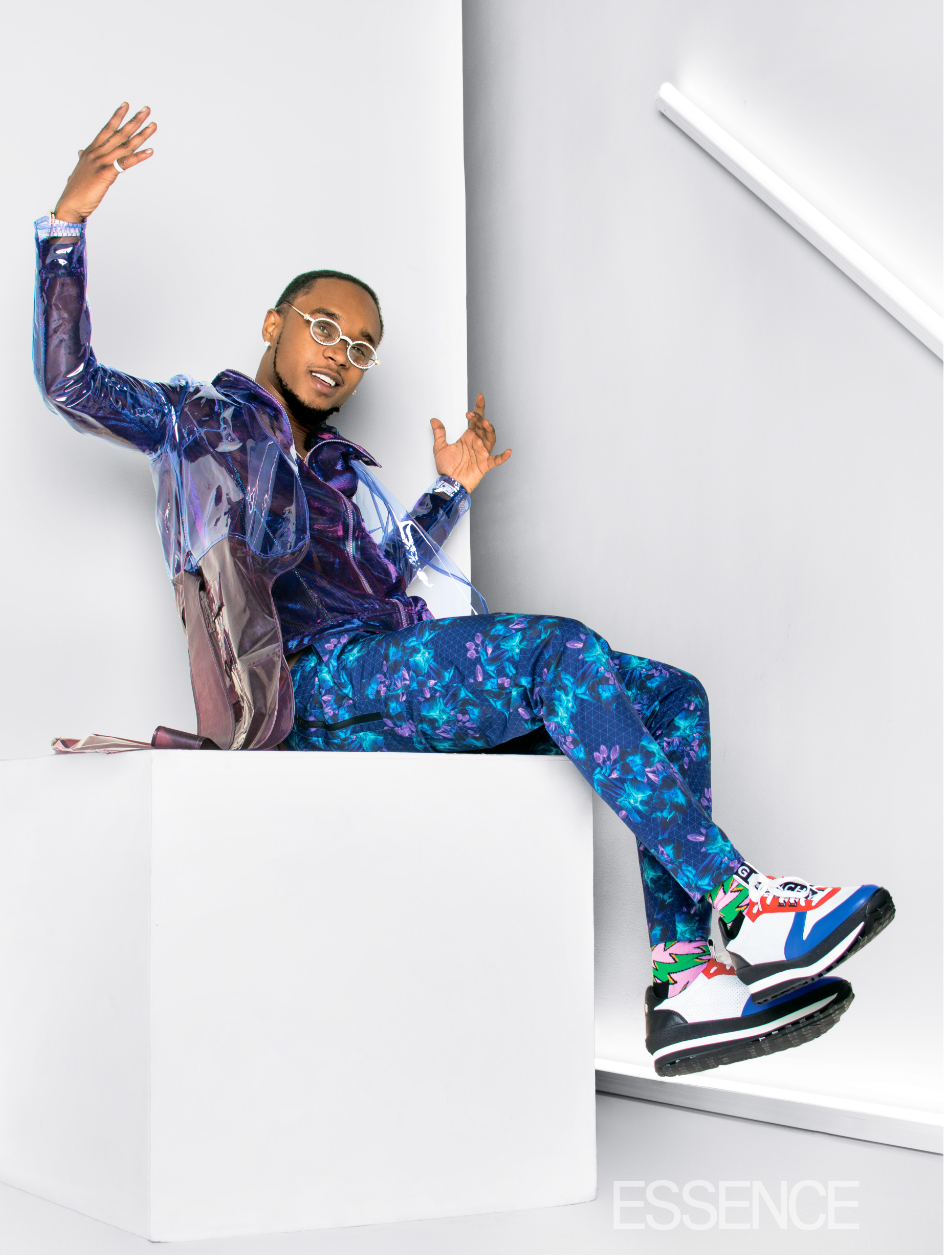 Though the brothers continue to give fans more of the collaborative sound that helped them dominate the airwaves early on in their careers, their pursuits as solo artists have also generated a fair amount of buzz in recent months. While promoting SR3MM, the duo sent fans into a frenzy when Aaquil (better known as Slim Jxmmi) tweeted that he was not a part of the group with brother Khalif (aka Swae Lee).

With a 2019 Grammy nomination for his guest appearance on Travis Scott’s “Sicko Mode” and a standout feature on the Spider-Man: Into the Spider-Verse sound track, Lee responded by stating that he and his brother are still together, but that solo projects are, in fact, in the works.

“As for Rae Sremmurd, we dropped three classic albums already; it’s time for the fourth. The fans have been patient. It’s time to give them what they’ve been waiting for,” he says. “And I’m about to drop a solo album, composed of all original music.” Jxmmi tells us he’ll also be experimenting with new sounds on his own upcoming effort, adding, “I hope fans enjoy it.” 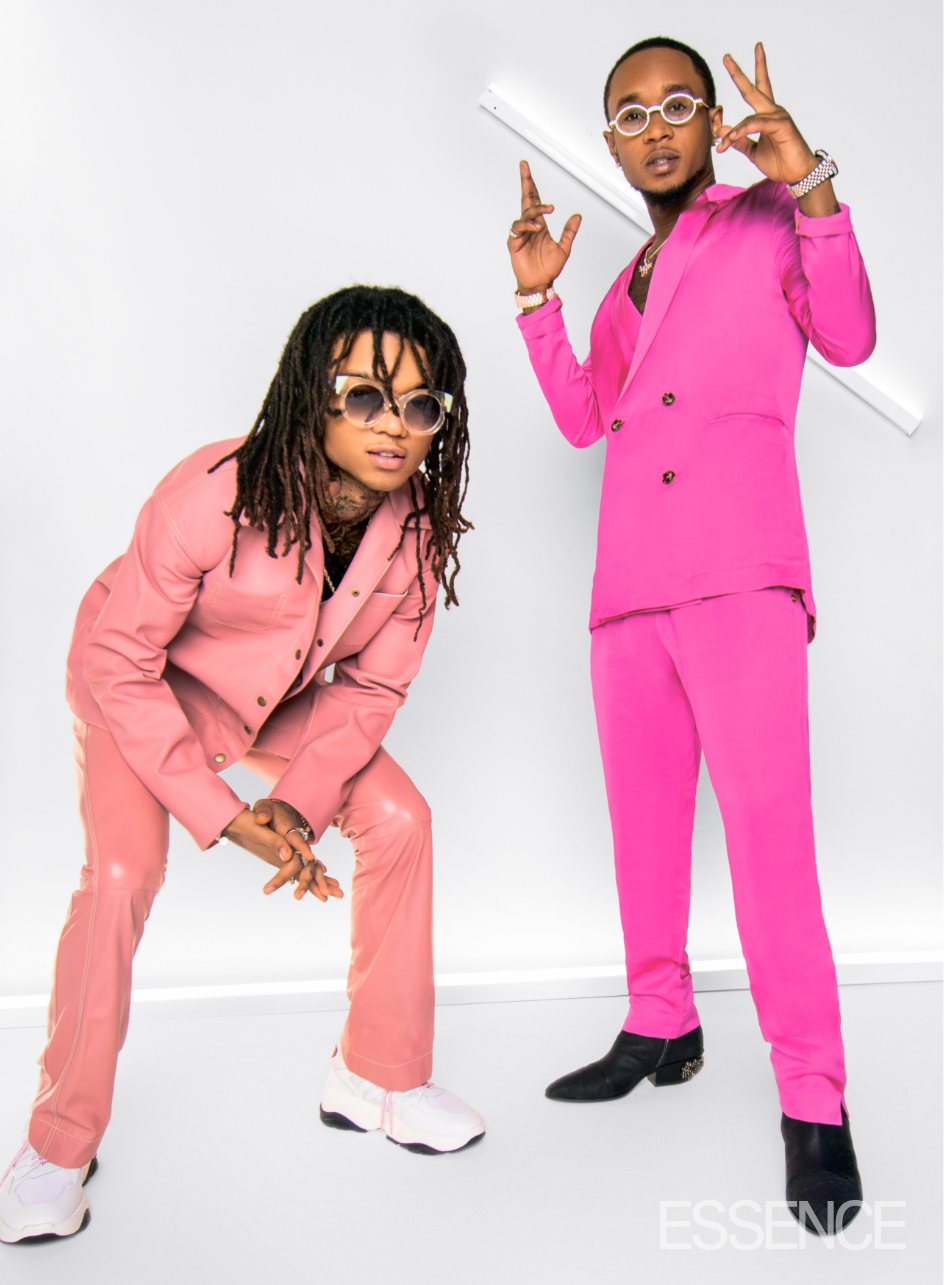 “My approach is to do what people aren’t doing.”

“My take on fashion is to dress in a way that looks good to you.” 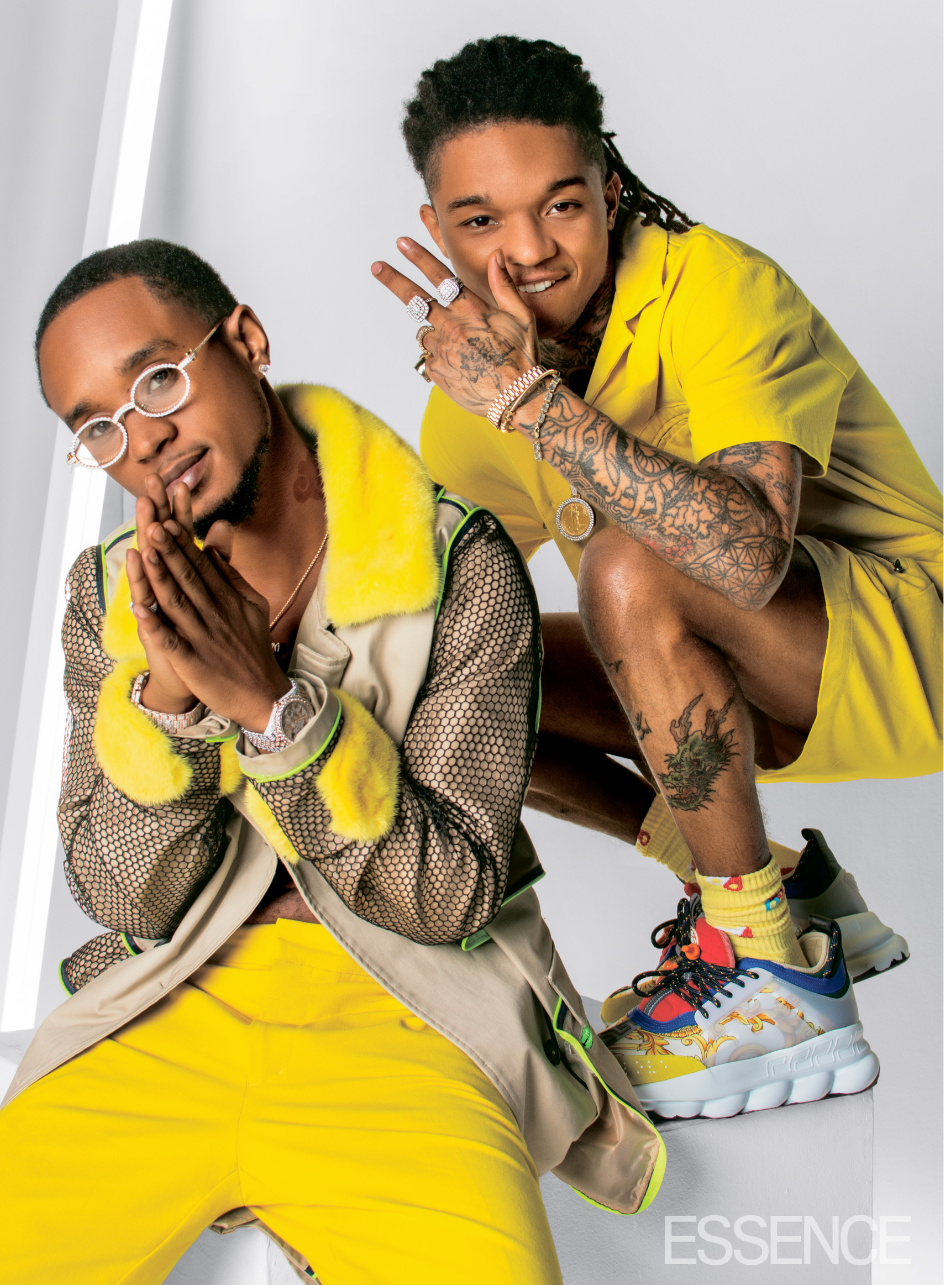 Riding their wave of success in music, the siblings have also become style stars. In the midst of cranking out platinum-selling songs, they’ve also secured deals with the likes of Puma and Reebok and even modeled for designer Philipp Plein during New York Fashion Week. “My take on fashion is to dress in a way that looks good to you and makes you—and other people—feel good,” Jxmmi says. Lee has a somewhat different attitude, preferring to focus specifically on a sense of style that sets him apart from the rest. “My style and approach are to do what people aren’t doing,” he says. Offering some advice for women on helping men to look their best, he suggests, “If you want to upgrade your man’s wardrobe, buy him stuff that fits his body because you know him best.” Adds Jxmmi, “Help him simplify it. Don’t do too much.”

The pair also just scored a major deal with Sprite for a new beverage called Sprite Lymonade (Sprite with a splash of lemonade). And last year, the duo collaborated with Sprite on the Get Vocal campaign to raise voting awareness, especially among young people. Sprite Lymonade’s first television commercial, starring the brothers, will debut this month.

Solo or together, the young men of Rae Sremmurd have certainly proven that they can flourish in their own lanes from the studios to the runways around the world. But like many entertainers, no matter how successful they become, the brothers continue to hold fast to the teachings of their mother. “My mama’s a strong Black woman,” Jxmmi says. “She taught me to respect women, but she also taught me to not be a fool, to not be naive.” Lee adds, “My mom and Black women, period, taught me to just be strong, man, and to take care of people. And spread love.”