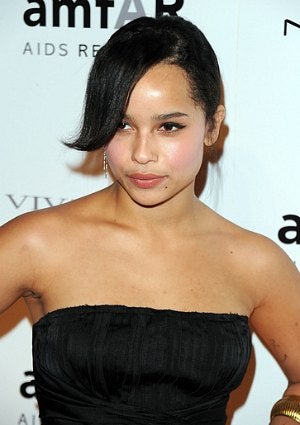 Zoe Kravitz will be spreading her wings — literally — in an upcoming film. The actress/singer was recently cast in “X-Men: First Class.” Kravitz, the daughter of Lenny Kravitz and Lisa Bonet, will play Angel, a mutant with fly-like wings, in the next film from the Marvel Comics franchise based on X-Men comic books. She joins Edi Gathegi (“Twilight: New Moon”), Kevin Bacon (“Beauty Shop”) and January Jones (“Mad Men”). Kravitz has been racking up her fair share of acting credits recently. She appeared opposite Jodie Foster in The Brave One and will next be seen with 50 Cent in the New York teen drama Twelve and indie “dramedy” It’s Kind of a Funny Story with Viola Davis.