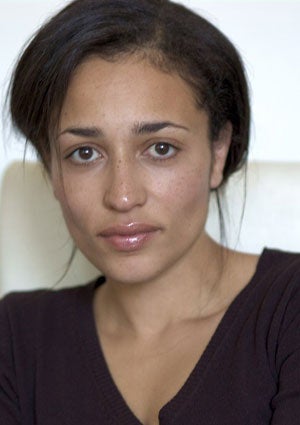 Zadie Smith continues to cement her reputation as one of the best writers of her generation with the recent release of “Changing My Mind: Occasional Essays” (Penguin Press, $25.95), her first non-fiction collection.

Smith, 34, who grew up in working-class northwest with her English father and Jamaican-born mother, gained international acclaim with her debut novel “White Teeth” at just 25. In “Changing My Mind,” Smith trains her nimble mind on a wide variety of topics including personal reflections (she offers a poignant remembrance of her father’s death); political observations (take Donald Rumsfeld, please!); and the profundities of everyday life. In between there are odes to Greta Garbo and Zora Neale Hurston; a hilarious trip to the Oscars, and a heartbreaking trek to Liberia.

In a dour season of lukewarn literary offerings, Smith sparkles and is already garnering kudos here and across the pond: “Smith’s enthusiasm is almost shocking; she breaks the rules established by the black-gowned, gruel-blooded nerds in universities who murder books by dissecting them, reduce poems and novels to texts which are no more than snarled networks of verbal signals and revenge themselves on the literature they secretly hate by writing badly about it,” writes Peter Conrad in The Observer. Ella Taylor in the Los Angeles Times calls “Changing My Mind”: “Delightful, painful and spontaneously funny.” And National Public Radio’s Heller McAlpin adds: “Smith shows a deeply intellectual and continually evolving appreciation of literature.”

“Changing My Mind” by Zadie Smith is in stores now.