By Keyaira Boone · Updated October 23, 2020
Audiences weren’t the only ones who were impressed by Jordan Peele’s latest horror film, Us. Winston Duke stopped by ESSENCE’s Yes Girl podcast to talk about working with the Oscar winner, making the corny dad character his own and connecting with his on-screen children. “Jordan cast the movie wonderfully. Upon meeting those kids, I really felt like I was a father and I lived in that space on that set,” said Duke. And while many were miffed that Duke was now portraying the “corny dad” trope instead of the mountain hunk that he portrayed in Black Panther, Duke said there’s a reason why he had to commit to the role as he did. “It was then my job to create a character that was a very particular dad; a dad that had enough flaws that moved the story forward because perfection doesn’t move drama forward, flawed people do,” explained Duke. “Gabe is not a perfect guy.”

He continued, “And I lived in that space, but how do you communicate that he is this large, big hearted, loving father, who — like any human being — has some flaws that his family needs to get past.” Before Duke was able to find a viewpoint for his character, he had to find out what the movie was about, which wasn’t easy. Peele told him nothing about the concept for the movie before sending over the script. 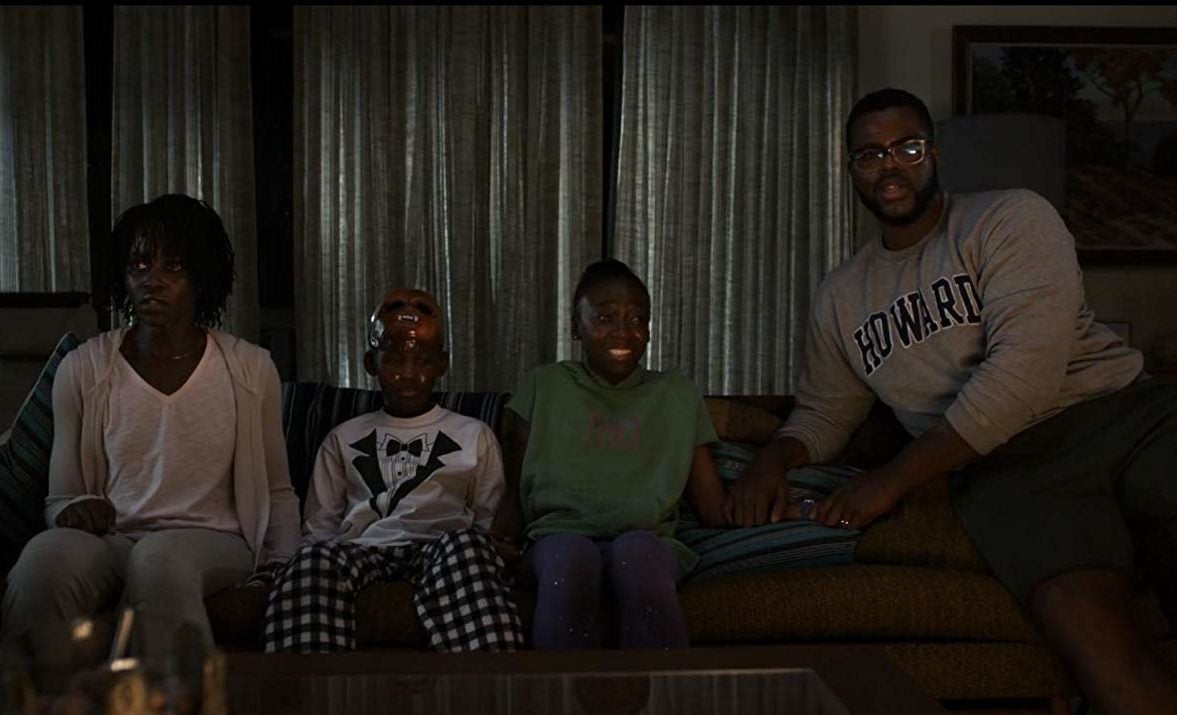 “I would have cut a finger off…or a fingernail — I’m not cutting my finger off for nobody — but a fingernail off to really get an opportunity to work with some of these people, and they’re reaching out,” Duke recalled. “So, Jordan reached out and said, ‘Hey, I’ve been watching you, and I have a project that I’d love for you to be a part of. But I’m not gonna tell you anything about it. I want you to read it, and let me know how you feel, if you get it and you want to do it.’” Duke said he was instantly drawn in by the originality of the script. “I read it. Blown away. Super creative. I didn’t see any of the twists and turns coming. I literally closed the script and said, ‘Wow. Okay. Okay. I’m in,’” he said. Moviegoers were in too. Us had the biggest opening weekend for an original horror movie in history.
TOPICS:  Jordan Peele movie Podcast This Is Us winston duke