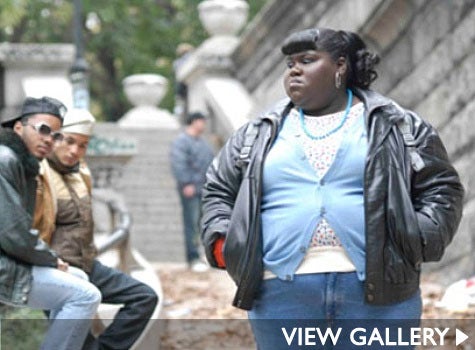 ‘Precious’ is being hailed as “groundbreaking” and “powerful”. However, some Black critics are uneasy with the issues the film reveals to the mainstream.
Black film critic Armond White called ‘Precious’ an “orgy of prurience.” “Never since ‘Birth of a Nation’ has a mainstream movie demeaned the idea of black American life as much as ‘Precious,'” White writes in the ‘New York Press.’
The ‘Chicago Tribune’ spoke to a few college professors to explore why ‘Precious’ is such a hard pill to swallow for a lot of African Americans.
“There’s clearly a segment of us that worries about what white people think,” T. Denean Sharpley-Whiting, a critical race studies professor at Vanderbilt University, told the ‘Tribune’.
Associate professor of AA Studies at UCLA said,
“The abject degradation of Black people in ‘Precious’ is as close as you can get to a modern film that may be similar to a film about slavery,’ pointing out that films about slavery like ‘Beloved and ‘Amistad’ haven’t done well in theaters.
While the issues presented in ‘Precious’ can be difficult to watch, on a human level, many agree that it is important to acknowledge that they exist. Still Armond White suggests that director Lee Daniels “gets off on degradation” and cites ‘Monster’s Ball’, and ‘The Woodsman’, as other examples.
What are your thoughts? Is it necessary to raise the topics presented in ‘Precious’? Does the film give white people the wrong idea? Are the issues presented in ‘Precious’ true to highly dysfunctional and/ or impoverished families of any race?