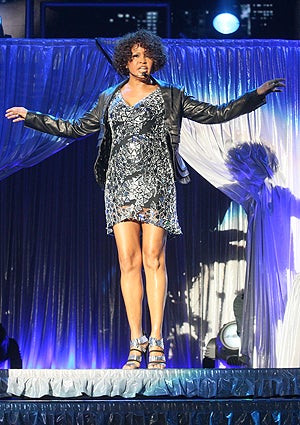 Whitney Houston is having a hard time with her European fans. In Denmark hundreds of concert-goers walked out during a performance in Copenhagen, reports Black Voices. This isn’t the first time unhappy fans have showed their disappointment at the six-time Grammy Award-winner during her “Nothing but Love” tour. Fans booed her during a performance in Houston, Texas. It wasn’t just the fans who were unhappy with Houston’s performance in Denmark. Music critics from the country’s major newspaper, the Copenhagen Post said she “looked and sounded like a person who doesn’t have many years left to live and gave her performance as zero. What do you think?