Wendy Williams is kicking off season nine of The Wendy Williams Show in a big way — by lighting up the Empire State Building. “I chose pink and purple, they literally gave me the color palettes to choose from,” Williams told ESSENCE.

The talk show host ushered in the new season by offereing fans advice during a special “Ask Wendy” in Times Square, giving honest advice to fans who gathered to catch a glimpse of the star. 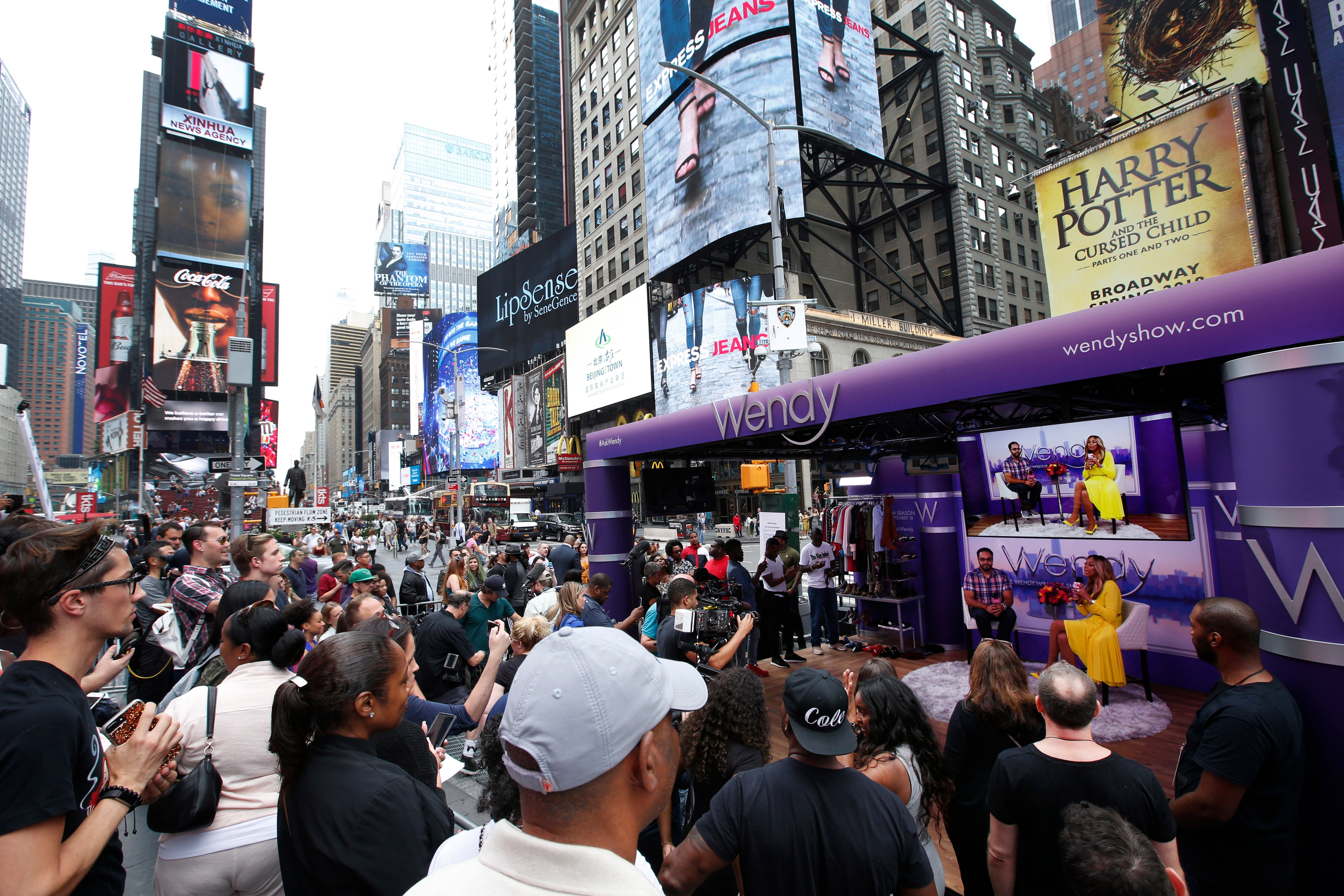 Between dishing out advice, Williams told us the story of what sparked her dream to light up the Empire State Building.

Williams revealed that when she and her hubby started dating, the pair would go out to dinner near Times Square, “We got together and it was electric. We were insane about each other immediately,” she said.

It’s also this support and love from her husband and son that keep Williams grounded and helps her ignore critics. “I turn the key to my beautiful house and know that I can sleep well at night,” she told ESSENCE. “I know the truth, he knows the truth, my son knows the truth. After that, nobody else really matters.”