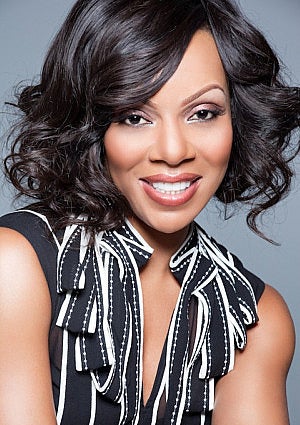 Wendy Raquel Robinson is in a wonderful place. Just recently, the Los Angeles native and proud Howard U. alum received word that she’ll be returning to the small screen as our favorite sports mom-ager, Tasha! Mack! We can barely wait to see what she’ll be bringing to “The Game” when the fan-favorite begins its BET run. Neither can she! Robinson chatted with ESSENCE.COM over veggie-tempura rice bowls to discuss the return of “The Game,” what she hopes for Tasha and why she remains so passionate about passing the torch to the next generation of performers. ESSENCE.com: Congrats! We’re so thrilled to know that Tasha is back! WENDY RAQUEL ROBINSON: Yes, BET has made the effort to pick up the show, which is a huge blessing. We’re praying for exciting episodes. What I love about Tasha Mack are her flaws and the fact that she thinks she’s got it all together, but she really doesn’t. [laughs] I’d like to see more of those layers and honestly, I really don’t want her to get too settled down with a man, yet. I actually like the break-up-to-make-up dance she does with Rick Fox, but my hope for her is that she finds out who she is. Also, that she be successful with her management company. I want Tasha to get grounded. ESSENCE.com: Along with your acting career, you also have a passion project. Tell us about the Amazing Grace Conservatory. ROBINSON: Yes, Amazing Grace is my charity and for the past 14 years we’ve been working with young people ages five to 21. I can’t say that we’re simply a performing arts school because we provide them with so much more — from life skills to mentoring. We also offer them hands-on access to industry professionals, which is something I wish I’d had when I was growing up. Since we began, we’ve had about 2,500 children come through our doors and it’s been great to see so many of them go on to live really productive lives, whether they’ve become artists or lawyers or doctors. One of our students, Xosha Roquemore, starred in “Precious,” and Andre Kinney was in “Armored.” On May 15, we will present “Annie: 2010,” which is an updated version of the classic play. The kids will perform the original songs like “Tomorrow,” and “Maybe,” and they’ll also do “Empire State of Mind” and the hip-hop version of “Hard Knock Life.” I’m really excited! ESSENCE.com: So, what is your philosophy about giving back? ROBINSON: I always say that you’ve got to pull one up as you climb. There were many people who invested in me, like Debbie Allen and Phylicia Rashad. When I was at Howard, I was the first recipient of the Dr. Andrew Allen Scholarship, which they started in honor of their father. As part of my winning, I got a chance to see Phylicia perform “Into the Woods” on Broadway and she took the time to really talk to me. That experience meant everything to me because I learned that anything is possible. At Amazing Grace, we’ve got kids who come from different neighborhoods and financial backgrounds and I know that ultimately, any child can be whatever they really want to be if you allow them to dream. So, I don’t feel like I’m “giving back.” The arts saved my life and I’m just doing what I love to do. For more information about Amazing Grace Conservatory, click here.