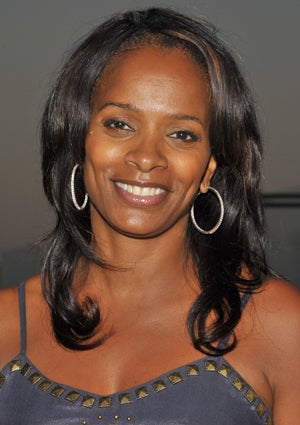 From “Coming to America” to “Cold Case,” Vanessa Bell Calloway has a serious resume. Since beginning her career in the early 1980s, she’s played both the silver and small screens. Now she’s portraying Gail Strummer on TNT’s hospital drama, “HawthoRNe,” which touts Jada Pinkett-Smith as star and producer. Gail is Head Nurse at the hospital Jada’s character Christina recently joined, and she’s unimpressed with Christina’s attempt to organize the hospital which they co-run. As we all know, tense atmospheres makes for great television — and “HawthoRNe” is just what the doctor ordered. ESSENCE.com spoke with Vanessa about what we can expect in tonight’s season finale, airing at 9pm ET, and on the influx of Black TV shows — and whether Hollywood still has a color complex. ESSENCE.com: Tonight is the finale of TNT’s “HawthoRNe,” how did you initially join the cast for this second season? VANESSA BELL CALLOWAY: I auditioned on a Thursday and I was at work by Friday the next morning. I like working fast and hard, there’s no time to think, you just have to do it. It’s been a blessing, Jada’s been fabulous, along with the production staff, the crew and the cast. When you get great jobs like this, you know it was meant to be. ESSENCE.com: What can you tell us about final episode? CALLOWAY: I can’t tell you much, but I will say that something happens to my character Gail. The hospital is in turmoil and she needs some medical attention. ESSENCE.com: The chemistry between you and Jada is highly adversarial. How is “HawthoRNe” more than bickering Black women? CALLOWAY: The writers wanted to give Jada somebody to really play off of. She and her staff’s hospital closed, so obviously there are already people in place at the new facility they are joining. It’s nice for the audience from season one because they get to see Christina work through this transition. Meanwhile, Gail is like ‘hold up, you can’t just come up in my hospital and do you.’ She’s not impressed and Christina has to move around her like an obstacle as they come to a deal of dividing the duties in the hospital. Jada is a wonderful, real actress like me and we’ve known each other for years. If my character calls for me to get in your face, let’s do it. I give it to her hard, but when you like acting, it’s fun. ESSENCE.com: Will Gail be on season three of “HawthoRNe”? CALLOWAY: I have no idea, I hope that “HawthoRNe” returns and that I’m invited back. In this business I never take anything for granted, I’m sure the writers have a lot to work from after this season. Everybody needs to contact TNT and let them know that they enjoyed the show! ESSENCE.com: In addition to “HawthoRNe,” what do you have coming up? CALLOWAY: I’m guest appearing on Showtime’s “Dexter” as a grief therapist. Dexter’s wife dies, so he brings their baby to me and we discuss his mourning process in episode two or three. I also have a BET original sitcom coming up in spring 2011 called “Let’s Stay Together” about an adorable young married couple. I play this uppity woman in Atlanta, where the show is based, that brings one of the characters into a bougie organization. ESSENCE.com: Counting “HawthoRNe,” along with Blair Underwood and Boris Kodjoe starring in “The Event” and “Undercovers” respectively, what do you think of the increased number of Black TV characters this fall? CALLOWAY: Is it an influx? I’m glad you brought that to my attention, I thought we were still doing the same old thing. It’s about time, that’s all I can say. They ain’t doing anything new. ESSENCE.com: Do you think the increased Black characters are because America has Barack Obama as president? CALLOWAY: I don’t know about that because we’ve still been catching hell, but there’s something about people now being in a position to see that world is more than White. It’s time to be inclusive, everyone on your block isn’t White. Maybe it’s not Barack Obama as much as it’s just time. ESSENCE.com: What did you think when you saw NBC’s “Undercovers,” which is something of a “Mr. and Mrs. Smith” for the small screen, starring two lead Black characters? CALLOWAY: I almost fell out of my seat when I saw Boris’ commercial! I was like ‘Hallelujah!’ They still like to lean toward the light negroes, they still have their preference but that’s ok, we’ll take it how we can get it.