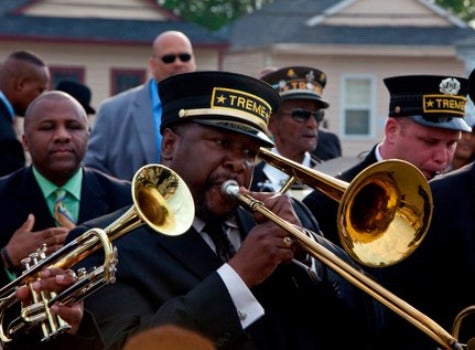 According to the HollywoodReporter.com, HBO has given the nod for a second season of the New Orleans-based series after just one airing. “Treme,” which stars Wendell Pierce, Khandi Alexander and Rob Brown, among them, follows the lives of local musicians and residents in the aftermath of Hurricane Katrina. The show will resume production in the fall and premiere on the cable network in Spring 2010. “Treme” airs on HBO on Sundays at 10pm. Read more:

Residents Outraged After Minneapolis Police Shoot and Kill B...