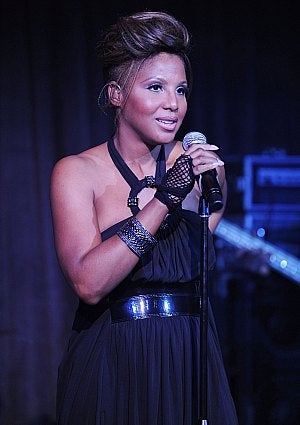 Compared to some of our favorite artists that have recently made a comeback, Toni Braxton is part of a very select group of “throwback” artists who know how to properly come off a hiatus. Her sixth album, “Pulse,” out today, proves that Braxton intimately understands the formula for a successful R&B return. The formula: please the old fans, while gaining new ones. Simple in principle, complex in practice. Many artists that we know and love have attempted to resume their musical careers after pressing pause. When they return, they are faced with the challenge of finding a balance between pleasing the die-hards, and luring in newbies. Not all can do it. Most new albums from former R&B sensations can leave hardcore fans feeling their favorite artists have “sold out.” Or, the new generation is turned off by an outdated sound. Toni Braxton’s newest body of work balances the need to be relevant and fresh, without giving up the unique charm that initially made people flock to her music. After a four-year break, Braxton’s voice is just as rich and melodic as we remember, serving up songs that will not only get your heart beating, but will make your hips sway. One of the most notable mid-tempo winners on the album is the high-spirited single, “Make My Heart,” that samples Evelyn “Champagne” King’s 1977 “We’re Going to a Party.” Using the buoyant beat, Braxton leans on a more youthful sound. The same can be said for the playfully drum-heavy, “Lookin’ at Me,” in which she instructs the object of her desire to quit the eye flirting, and do something about it if he likes what he sees. Later, signature Toni appears, and the husky you-need-to-love-me-right breathy ballads make a resurgence on the tracks “If I Have to Wait,” “No Way,” and the album’s first single, “Hands Tied.” All have the potential to be on a future “Best of Toni Braxton” LP, however, it’s the title track, “Pulse,” that truly shines. Singing about a love that she refuses to give up, Toni belts out the chorus, “I’m feeling for a pulse / I can feel ’em breathing / still our heart is beating / seems a little weak and / I know we can come back to life / revive it….” By far the most emotionally compelling track on the album, it coincidentally has the most potential for crossover appeal. Another stand-out is “Hero,” a track that bumps hard from a production standpoint, featuring a futuristic beat that expresses gratitude for a love that saved her. Braxton closes the album with the ballad, “Why Won’t You Love Me,” and in a serious attempt to make sense of rejection, she sings “Look at me as I am / I just don’t understand.” “Pulse” solidifies Braxton as an artist that has been able to keep her finger on the pulse of contemporary R&B, without sacrificing integrity. She has shown she is mindful of the trends, but is mature and sophisticated enough to not let them dictate her music. “Pulse” is in stores and available for download today.