By Sydney Scott · Updated October 26, 2020
Like any proud mother, Tina Knowles-Lawson likes to share photos of her children. And when you’re the mother of two music icons, who can blame you? Recently, Mrs. Knowles-Lawson shared behind-the-scenes photos of the family gathered backstage for Solange’s Saturday Night Live debut; there’s a photo of Beyoncé holding a candy bar with Solange’s face on it, one of Solange all dressed up and ready to take the stage, and a video of Bey and Tina picking up Solange the way they used to when she was a kid. Subscribe to our daily newsletter for the latest in hair, beauty, style and celebrity news. But TMZ points out there’s one photo that was quickly taken down shortly after being posted. A pic of Solange, her husband, and her son Julez sharing an elevator with Jay Z may have brought up an unsavory memory, because right after being posted, it was gone. 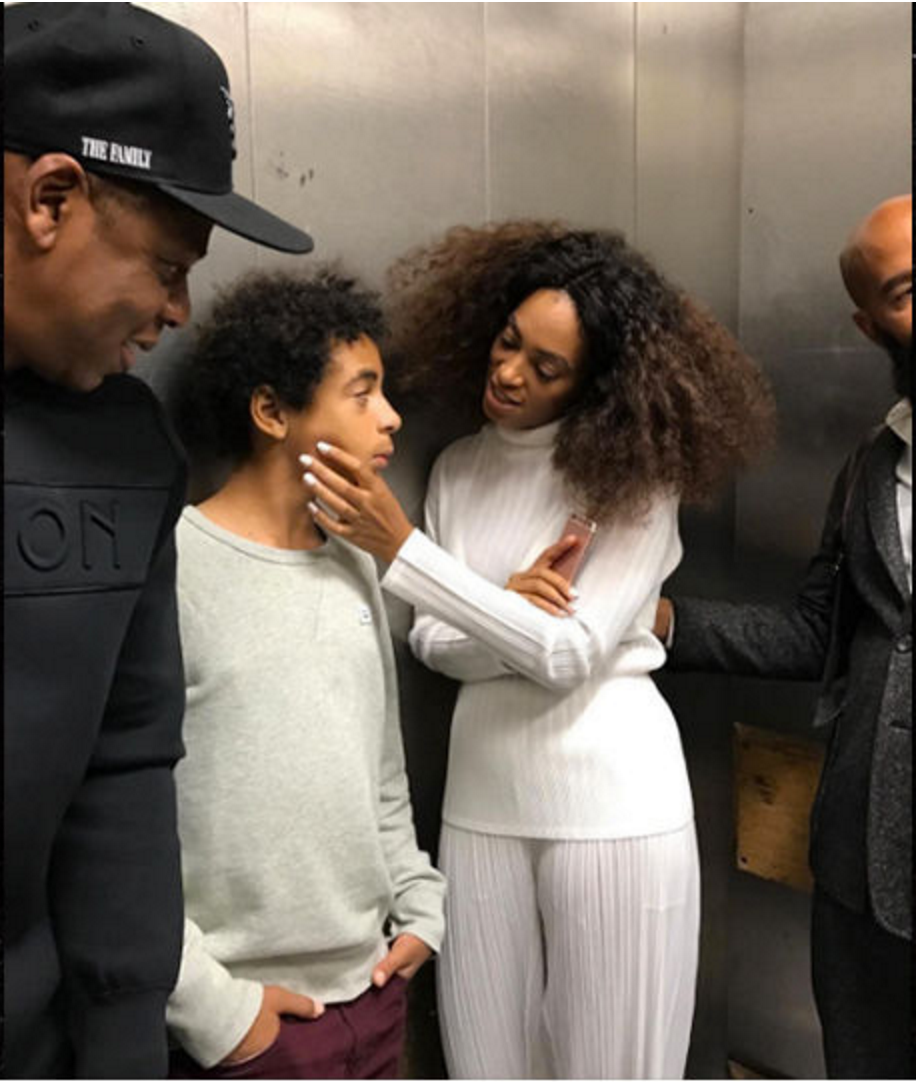 If you remember, the last time we saw images of Jay Z and Solange in an elevator together, it was from a video of Solange giving Jay those hands. So, maybe Mrs. Knowles-Lawson thought it better to just delete the photo instead of reminding us of all that drama.