By Keyaira Boone · Updated December 6, 2020
Tiffany Haddish has returned to stand-up after experiencing a stormy start to the New Year in Miami, where hecklers booed her while she tried to remember her jokes. A source divulged to Page Six that the Night School actress did a secret set at New York’s famous Comedy Cellar. The respected club is known as a launch pad for some of the greatest minds in comedy and it’s still a favorite of acts like Chris Rock and Jerry Seinfeld for workshopping new material. Haddish’s New York show reportedly went much smoother than her Miami set, which left her reading jokes from an iPad seemingly intoxicated. 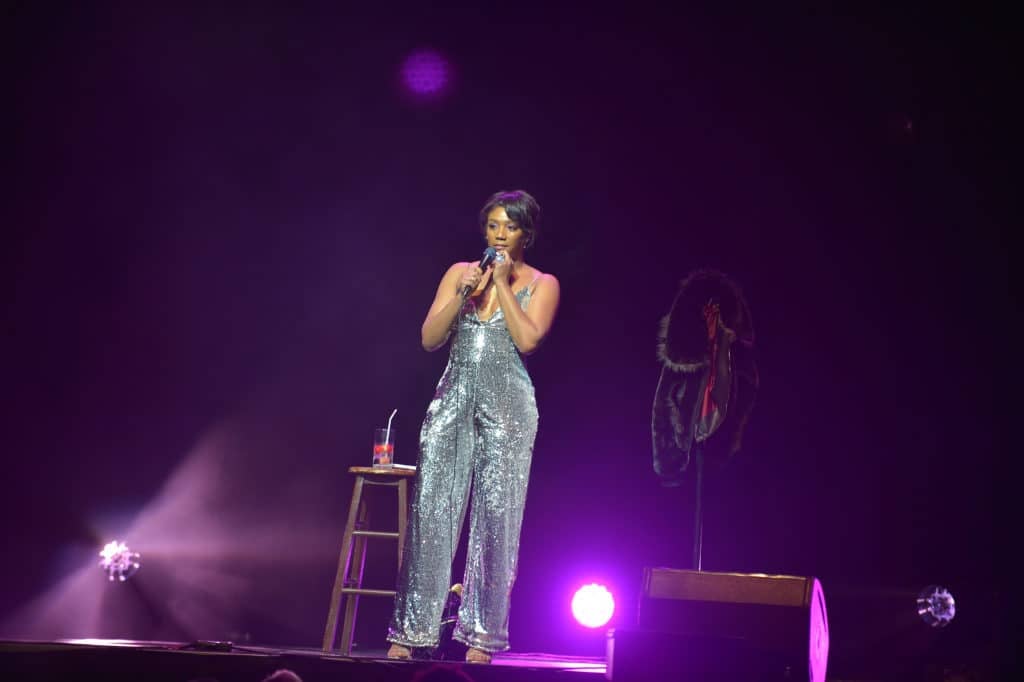 This time she was given the space to perfect her performance without the intrusion of social media. Reportedly, the club’s host informed guests that they would not be permitted to use their phones under any circumstances and that those who broke the rule would be immediately escorted out. Haddish seemed to enjoy the performance and was delighted to be joined by other comediennes, including Marina Franklin and Michelle Wolf.

I am @comedycellarusa in New York and this happened! I am so proud That women are living their best life. @marinayfranklin @michelleisawolf I Love that we are killing these stages together all at the same damn time!

“I am so proud that women are living their best life,” she wrote in a caption on Instagram. “I love that we are killing these stages together all at the same damn time!” If at first you don’t succeed, try again without “big brother” watching.
TOPICS:  Tiffany Haddish