The latest installment of the Hollywood Confidential panel series was on fire yet again over the weekend and this time the conversation brought entertainment industry hopefuls and rising stars face-to-face with none other than actress and comedienne, Tiffany Haddish.

Joining Hollywood Confidential series creator Steve Jones, Haddish was honest, candid and full of gems for the packed crowd as she spoke openly about her journey to success and some of the lessons she’d learned along the way. As a rule of thumb career-wise, the 38-year-old L.A. native revealed that she often tends to ponder what her younger self would have been most excited to see when considering whether or not to become a part of a particular project. 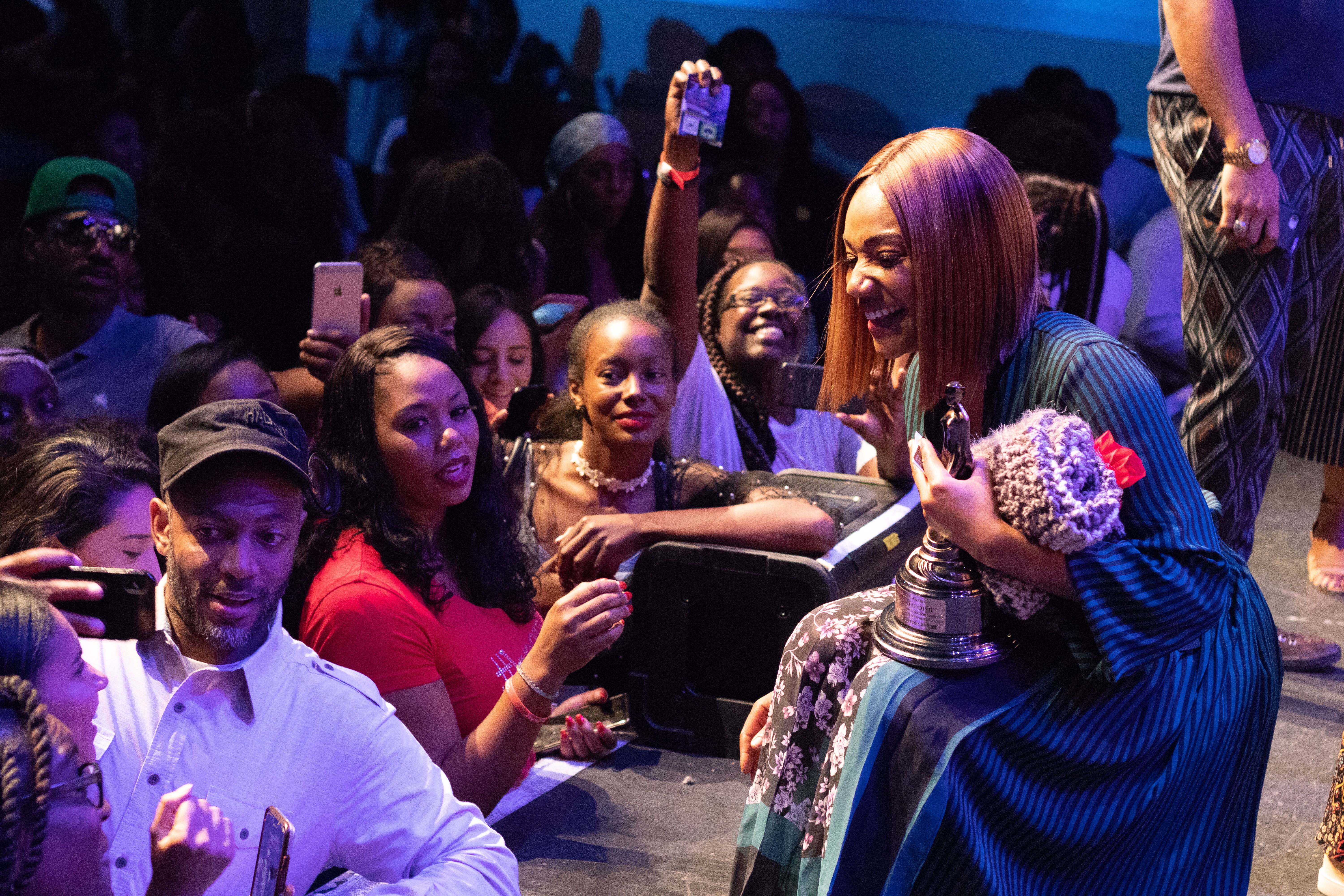 Although the ‘Girls Trip’ breakout star has become known for adding a comical twist when recanting even the most jaw-dropping of personal stories, one word of life advice she shared during the panel about how to best handle negative people seemed to be right on time for attendees.

“Instead of cursing someone out, or continuing to spread their negativity, how about you curse them out in happiness,” she suggested to the audience. “Wish them so much happiness that it becomes contagious!” The panel also included an award presentation to veteran Hollywood television producer, Ralph Farquhar. Farquar has served as a mentor to both Haddish and award-winning producer, Mara Brock Akil, who made a surprise appearance at the event to present him with the Hollywood Confidential “Legend Award.”

“Thank you for changing my life, for seeing something in me,” Akil said while presenting the award to Farquhar. “Thank you for creating a space that I could do what I do, so that I could have a dream realized. I know I’m not the only one so, I’ll speak for everybody; there are probably thousands of lives that you have touched.” Haddish was also presented with the Hollywood Confidential “Trailblazer Award” in celebration of her accomplishments and history-making success in film and television.