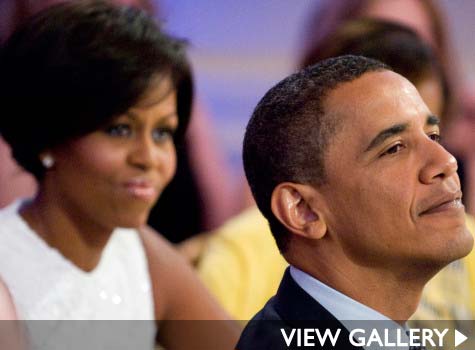 As President and First Lady Obama hold their first Official State Dinner in the White House tonight in honor of Dr. Manmohan Singh, Prime Minister of India and his wife Ms. Gursharan Kaur, the evening will be a Who’s Who of politics, entertainment and media. Jennifer Hudson will perform and guest will be served vegetables from Michelle Obama’s organic garden.

Here is a look at some of the notables who will be in attendance:

The Obamas are hosting an Official State Dinner and guess who’s invited. India’s Prime Minister Manmohan Singh is visiting the Obamas today at the White House in the Administration’s first Official State Visit, considered to be the most supreme honor extended by the White House. Singh and his wife arrived in D.C. on Sunday and will be guests at the black-tie dinner tonight, where Grammy- and Oscar-Award winner Jennifer Hudson is said to be performing at the event.

The Indian P.M. and Obama are set to discuss an array of issues today, with a probable strong focus on “Afghanistan, climate change and nuclear energy cooperation.” according to CNN