By Susan L. Taylor · Updated December 6, 2020
It was her kindness as much as her music that won my heart. These many decades later my daughter, Shana, remembers her sweet spirit. We were at the sprawling home of Aretha Franklin and her then-husband Glynn Turman to shoot an ESSENCE cover. Over a delicious meal her chef had prepared for the team, Aretha settled in comfortably next to my Shana, who was still in grade school. She wanted to know about my baby’s schoolwork, her life growing up in New York City, her thoughts. “Miss Aretha was so nice to me, Mommy,” Shana would say. Now the mother of a 20-year-old, my daughter holds that memory close to this day. Soft, gentle and surprisingly shy, Aretha Louise Franklin also seemed to host a sadness, a melancholy. Get beyond the thrill of being with the legend to just being with the woman, and you could sense a sorrow, see it in her eyes. I wondered about the source: I know that losing our mother hurts like hell, even if we are fully grown. It leaves an empty place in our lives, a hole that the passage of time doesn’t fill. It’s believed that it was her husband’s infidelity that chased Barbara Siggers Franklin away. Rather than struggling to raise her children solo, Barbara left her four kids with their prosperous father, a renowned pastor in Detroit. But they visited with her frequently. Perhaps the greatest loss came when Aretha was 10. That was the year Barbara died from a heart attack, out of season, at age 34. From then on Aretha was forced to become mother to herself, to counsel and console the child and the woman she would grow to be. Aretha dug deep within herself and the culture of the Black church to find that counsel. In those arms she rocked herself into some sense of surety that everything was going to be all right. That sound, that song, that soul so instantly, unmistakably identifiable as Aretha’s was lifted to a triumphant shout from a 10-year-old’s lullaby. It’s the pain and the triumph that resonate. 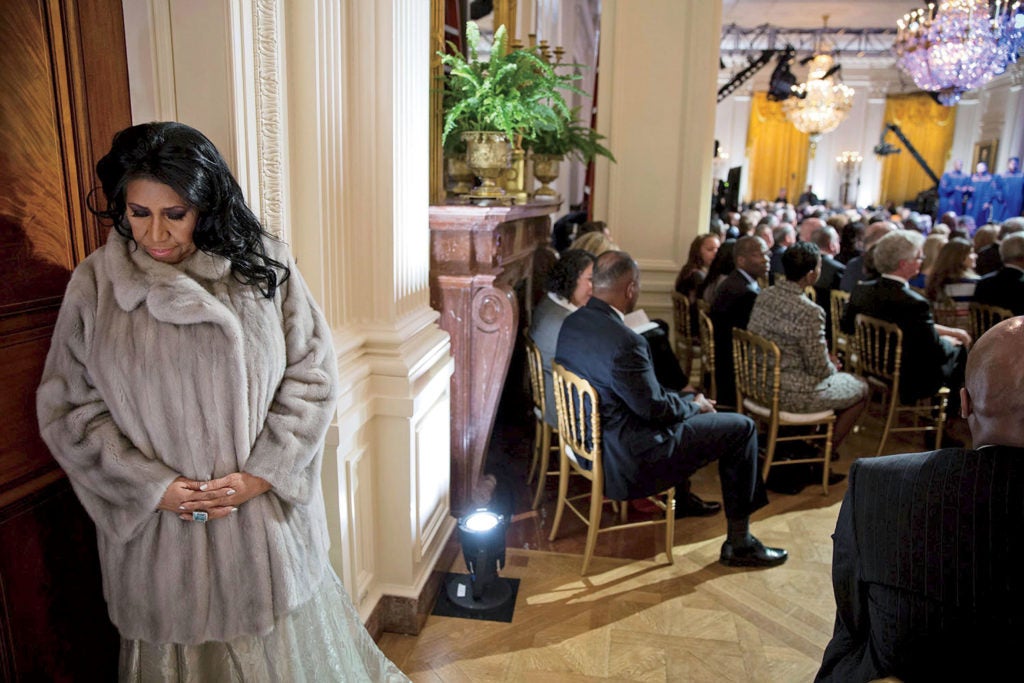 The Aretha who spoke was not the Aretha who sang. When she spoke, her tone so mellow and mellifluous, she gave no hint of the vocal power held in reserve. She rarely raised her speaking voice or offered up more than was necessary in conversation. But when she sang, her intention was that the whole world would hear her. And it did! She sang from a place deep within that few of us have the courage to enter. That’s what moved us. It moved my Caribbean mother, born soon after the turn of the twentieth century. It moved me, my daughter and my granddaughter, who was born at the beginning of this century. Four generations. A century of women touched deeply by Aretha’s truth. You make me feel… Pain is universal, but so is the joy and gratitude that come at dawn, just after our darkest hour. People often focus on Aretha’s heartbreaks in relationships. But who hasn’t had breakups and breakdowns? Who hasn’t been betrayed? Or left? Hurt? Aretha brought it all to song. And with it she brought strength and power. She was a leader. But leadership can be a lonesome journey for women soloists, as it proved to be for Ma Rainey, Bessie Smith, Billie, Ella, Sarah, Dinah, Nina. A woman boss of the boys in the band holds mighty challenges. And historically, the music industry hasn’t shown much respect for women. Aretha demanded respect and spelled it out for any who might be in doubt about just what that meant. “Respect” became our anthem. 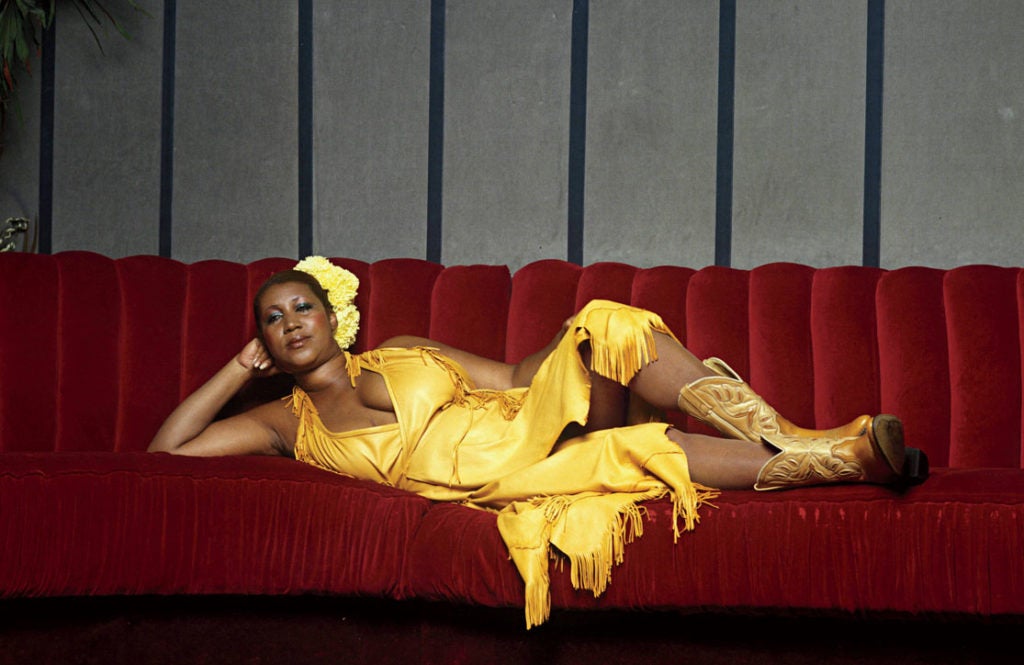 When Aretha started wearing African prints and head wraps and abandoned her press and curl for an Afro, she helped spark a new racial pride in Black women, calling us to embrace our natural hair despite the arbitration of the mainstream. Truth be told many African-Americans disparaged natural hair as well. But Aretha didn’t let that stop her, and because it didn’t, she helped inspire the awakening of Black pride and power and identification with our African roots. But what is not acknowledged nearly enough — except perhaps by Michael Eric Dyson — is that Aretha was incredibly intelligent: a well-read, informed and deeply thoughtful person. I recall the moment when my husband, Khephra, and I introduced Michael and Aretha. It was some 20 years ago, at the Essence (Music) Festival, that we knocked on her dressing room door. “Hello, Ms. Ta-a-a-ylor,” she teased. “And Dr. Dyson, I just finished reading your new book.” Michael, who, like Aretha, grew up in Detroit, was just at the start of his brilliant career and not nearly as well known then. He was stunned. We all were. Aretha missed nothing about how to get us closer to freedom. Aretha Franklin was her own person, and nowhere was that more evident than in her stance for civil rights. She was in the vanguard of the fight for justice for Black people. A vocal supporter of Dr. Martin Luther King, Jr., before it was popular to be, she also stood with the Black Power movement. She offered to pay the bail for Angela Davis, who was on the FBI’s 10 Most Wanted list in 1970, charged for her alleged role in an attempt to help the activist Soledad Brothers escape from prison. 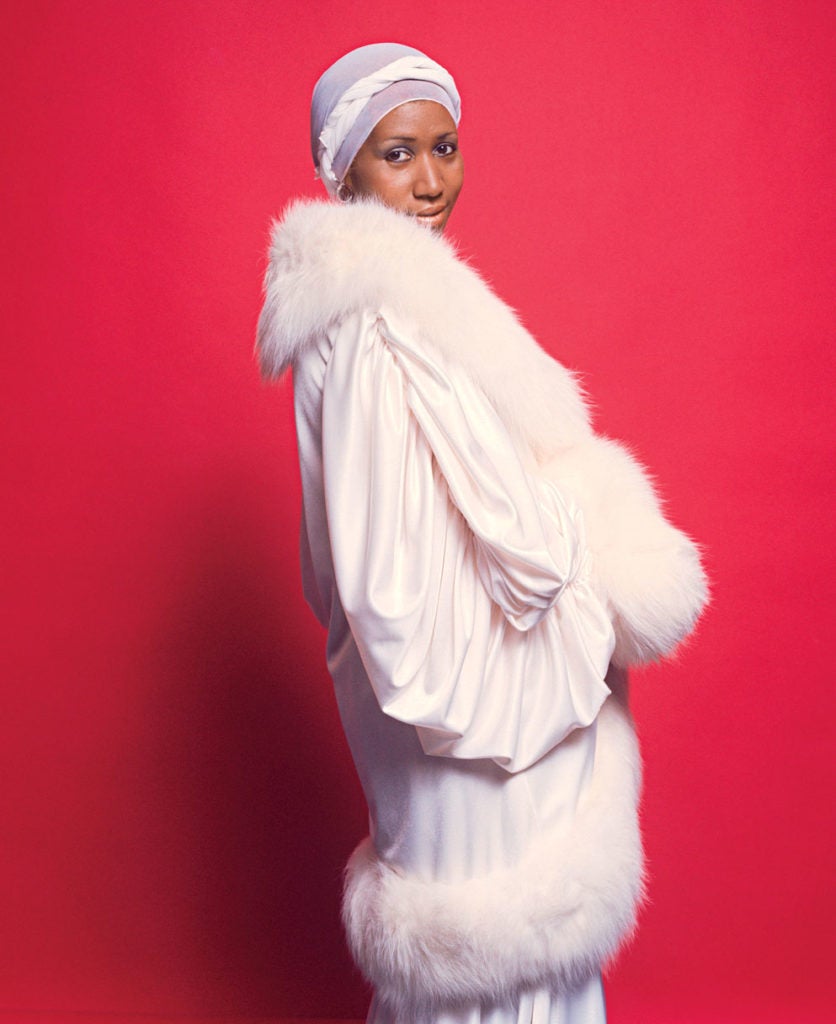 “My daddy says I don’t know what I’m doing,” said Aretha at the time. “Well, I respect him, of course, but I’m going to stick by my beliefs.” Nothing—not her father’s wishes, not social ostracism, not possible career derailment—would cause her to waver in her commitment to our struggle for human rights and dignity. We will long celebrate the courage and beauty of this royal representative of Black womanhood. Not only did Aretha Franklin have one of the greatest voices we’ve ever heard, but she was also a quietly effective warrior on behalf of all of us. Though the Queen of Soul has waved farewell, may we cherish, honor and be guided by her fighting spirit in these times, and always. Our children, our community, need it now.
TOPICS:  Aretha Franklin