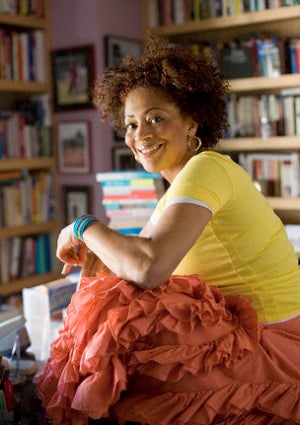 Here is part three of ESSENCE’s exclusive excerpts from the sequel to “Waiting to Exhale,” titled “Getting to Happy,” which fast-forwards 15 years and catches us up on the lives of our four beloved friends. Did Savannah Jackson find good love after kicking her married lover to the curb? Did Savannah Jackson find good love after kicking her married lover to the curb?   Are you sure you don’t want to come to Vegas with me?” my husband asks for the second time this morning. I don’t want to go for two reasons. First of all, it’s not like he’s inviting me for a hot and heavy weekend where I’ll get to wear something snazzy and we’ll see a show and casino-hop and stay up late and make love and sleep in and order room service. Not even close. It’s another exciting trade show. Isaac builds decks, fences, gazebos and pergolas and, as of a few months ago, playhouses. He’s in love with wood. It would be nice if he still saw me the same way. For about eight of the past ten years it felt like he did. I was a 40-year-old love-starved Black woman who’d never married and never thought it was possible. I met Isaac in church. He was tall, dark and handsome (aren’t they always?). I was sitting near the front and found myself slowly being hypnotized by Isaac’s soft black eyes up there in the third row of the choir. I certainly would’ve noticed him before. Not that I went to church every Sunday. And not that I didn’t have faith in God. I did, and still do. I’d been on a lot of folks’ prayer lists and God had known for years my address was still 111 Unlucky in Love Avenue. On this particular Sunday, this man followed me down those church steps to the parking lot, and seduced me with his clothes on after he smiled at me, introduced himself, and in a slow baritone said, “You are absolutely beautiful.” We prayed together. A few months later, he moved into my house. For years, he kissed me twice a day. Every single day. And not a peck, but a warm, slow, succulent kiss complete with arms I dreamed about when I was alone in a hotel bed on a business trip. I thought he was going to be my Mr. Once and For All. Unfortunately, my world started shrinking not long after I married Mr. Wonderful. Turns out he wasn’t keen on eating in restaurants except Denny’s and the Olive Garden. I never saw him open a book, but he couldn’t get enough of Outdoor Projects or Dream Decks & Patios or Wood Magazine. Make no mistake, I still love Isaac. I haven’t been in love with him for quite some time. It’s not an easy thing to admit. I’m not one of those women who feels I need a man to complete me. I also don’t think there’s just one person in the world meant for you. Sometimes you luck up and sometimes your luck runs out. I’m beginning to wonder.   From Getting to Happy by Terry McMillan. To be published by Viking on September 7, 2010. Printed by arrangement with Viking, a member of Penguin Group (USA), Inc. Copyright Terry McMillan 2010.