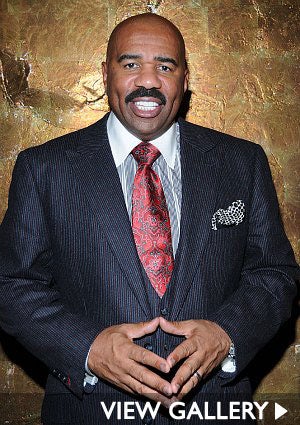 Comedian, radio host and author Steve Harvey is proof positive that dreaming big can produce results that are out of this world. A former insurance salesman who did stand-up comedy on the side, Harvey worked his way up to becoming one of America’s most-respected talents. Besides hosting a successful morning radio show that reaches seven million, Harvey is also a New York Times bestselling author (to date, his first book, “Think Like a Lady, Act Like a Man” has sold two million copies ), clothing designer and philanthropist. As he debuts his latest book, “Straight Talk, No Chaser” take a look at how this Virginia coal miner’s son with a wicked sense of humor became a mogul.