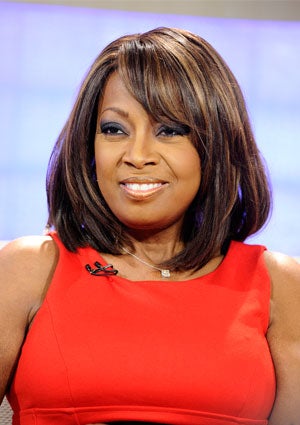 The number of players competing on NBC’s “Celebrity Apprentice” continues to dwindle as the amount of drama and chaos skyrockets. If you think last week’s episode was a doozy, you obviously didn’t catch last night’s episode.

The teams were tasked with staging a cooking demonstration and presentation using Omaha Steaks — needless to say, it was hot in the kitchen!

Take a look at the five most talked about moments from episode seven.

Star Jones Doesn’t Know When to Give it Up
Of course Star Jones must do as her name suggests — over-shine. Last night was Hope Dworaczyk’s turn to lead the team, and of course, Star couldn’t help herself. She spoke out of turn and quickly took control of the ship. When will this chick learn to follow? Hope gave a face of desperation as she patiently sat and waited for Star to realize who was in control.

Chef La Toya
During the team’s preparation for their cooking demonstration, project manager Hope assigned tasks. La Toya was originally given the task to cook steaks, but then it changed to hamburgers — regardless, La Toya revealed that she never really cooked before and it showed! At one point La Toya’s burgers went up in flames, and NeNe Leakes had to snap back, “La Toya was trying to do a Michael Jackson on me!” NeNe was a bit close to the stove, but in the end, the burgers didn’t look half bad.

Gary Busey’s Kite Story
What more can we say about Gary Busey? He’s a loose cannon and a unique person, to say the least. But as project manager for team Backbone, he stirred up the troops more than he rallied them. But that’s beside the point, his kite story stole the show. During his team’s cooking demonstration he told a touching yet freaking confusing Father’s Day story about a kite. What was the point, Gary? When he recounted the story in the boardroom, Donald Trump even looked confused. Hell, the entire room was looking around at each other in a classic WTF moment. He just babbles a little too much for us.

La Toya Throws Shade in the Boardroom
The claws are starting to come out for Ms. Jackson. When asked if she would call on her teammates for help after the show, she mentioned she would contact everyone but NeNe. In an odd yet awkward situation, NeNe played it off like a veteran, while La Toya sat there with a look of disgust for NeNe — that left us laughing until the end of the show. Who knew she had it in her? But La Toya’s overall sentiment was that the team is after her … which isn’t far from the truth. No one feels that she’s strong. Hope went so far as to call her the team’s weakest link, but who is Hope to call anyone a weak link? She hasn’t made an impact on the team until now.

At the end of the night’s episode, Gary was fired. None of his team members appreciated him, nor did they support him. They often felt he was a poor leader and failed to properly utilize everyone. So, Gary got cut — and we’re slightly thankful because he was causing more problems, though we’ll miss the laughs. While Gary was sent packing, the women’s team took home another victory despite them constantly butting heads. But from looks of next week’s preview their winning streak may be coming to a brutal and nasty halt.