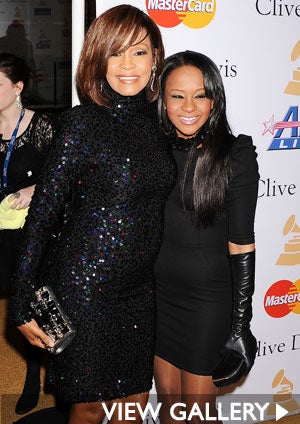 Lucky Bobbi Kristina,18, got to hang out with her mother, Whitney Houston, at the hottest Grammy party around. Mom and daughter were photographed in their cute LBDs on the red carpet at legendary producer Clive Davis’ annual pre-Grammy party in Beverly Hills. The two looked so adorable together.