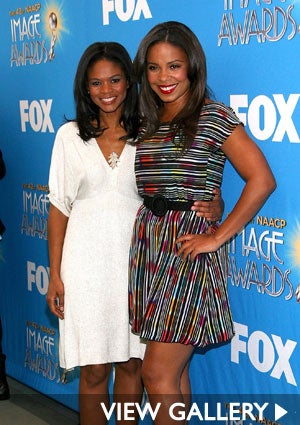 The mediasphere is buzzing with news of the 42nd NAACP Image Award nominations, announced at a press conference in Beverly Hills yesterday. It looks like Sanaa Lathan was there to support for her friend Kimberly Williams, up for an “Outstanding Supporting Actress” award for her role in “For Colored Girls.” Elise is up against three of her co-stars in the film — Phylicia Rashaad, Whoopi Goldberg and Anika Noni Rose — as well as Jill Scott for her role in another Tyler Perry movie, “Why Did I Get Married Too?” Good luck to them all.