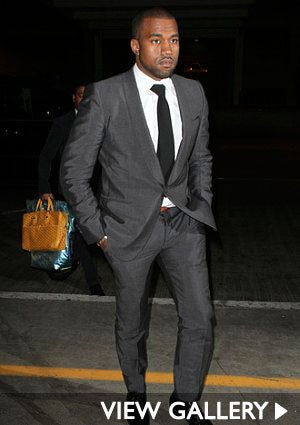 Kanye West was spotted at LAX after spending two days in meetings with staff at Twitter and Facebook. At both meetings, Kanye gave a cappella performances of a song from his untitled album, which is expected to drop on September 14. One day after joining Twitter, the rapper/producer has amassed 232,000 followers. “Up early in the morning taking meetings in Silicon Valley,” read his first tweet.