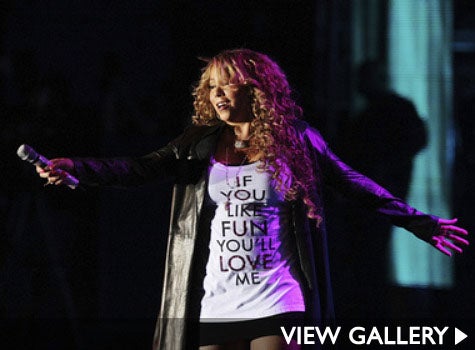 When Mariah Carey dropped out of Tyler Perry’s film adaptation of “For Colored Girls Who Have Considered Suicide When the Rainbow is Enuf” in May, the media-sphere cried pregnancy. In June, the pop diva’s hubby Nick Cannon responded to the rumors via Twitter saying, “If and when my wife is ready to make any announcements about private matters she will do it personally.” Now, as photos of Mariah Carey’s concert in Brazil begin to circulate — with what may be a visible baby bump — the internet is buzzing again with speculation that the woman behind decades of number one hits is pregnant. If there is any baby news Carey and Cannon are still keeping their lips sealed.