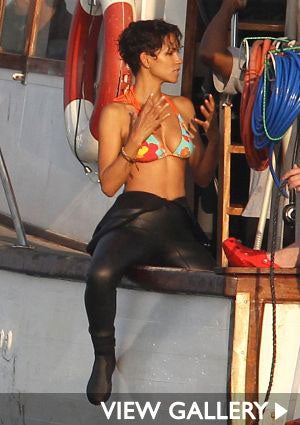 Actress Halle Berry sported a bikini underneath a wetsuit while filming a scene off the coast of South Africa for the upcoming thriller “Dark Tide,” in which Berry plays a diving instructor who returns to the sea after a near-death encounter with a Great White shark. Berry brought along daughter Nahla and her father, Gabriel Aubry, for the three-month stint.