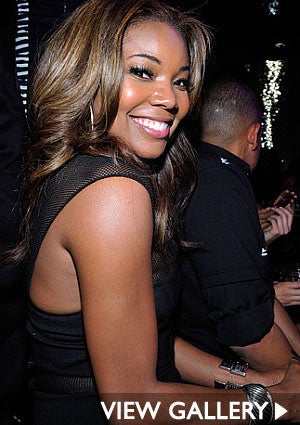 They say whatever happens in Vegas stays in Vegas. But somehow we caught up with all of our favorite celebs — who migrated to the desert town for the big fight between Floyd Mayweather and Shane Mosley — as they were partying it up in Sin City, including actress Gabrielle Union kicking back at the after-fight-party at Eve nightclub in Crystals at CityCenter. See who else came out.
Loading the player...

This Week In Black Love: Evander Holyfield Gets Engaged, Bey...

Splurge For The Cause With Breast Cancer Awareness Buys

Lynn Whitfield On Being A Sex Symbol