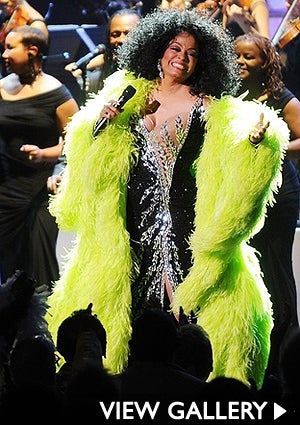 The legendary Diana Ross turned out New York’s Radio City Music Hall last night for her “More Today Than Yesterday” tour. Ross, now, 66, performed a slew of her timeless classics, from her golden Motown records through the disco-era solo hits. Always the show-stopper, the diva had seven spectacular wardrobe changes throughout the 90-minute performance, each time outdoing herself. We love you, Diana!