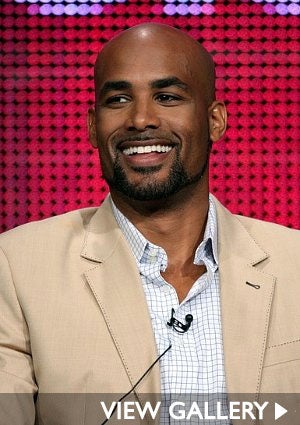 Now that’s one sexy spy. Actor Boris Kodjoe promoted his newest NBC drama “Undercovers” on a panel at the Television Critics Association fall TV previews in Los Angeles. Kodjoe and co-star Gugu Mbatha-Raw play a married couple who become a spy team. The drama is the first to feature two Black leads on an NBC show since “The Cosby Show.”