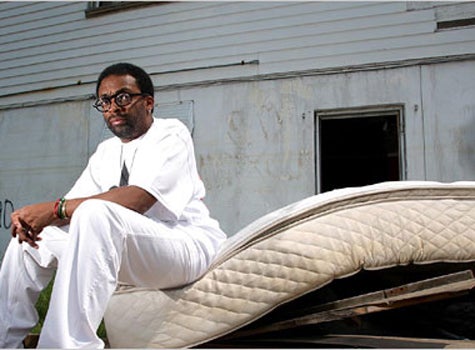 “If God Is Willing and Da Creek Don’t Rise,” Spike Lee’s emotional follow-up documentary to his award-winning “When the Levees Broke,” airs Monday and Tuesday on HBO. Deputy Editor Bob Meadows met with Lee while the director was filming in New Orleans. What began as a look at the city’s triumphant rise following Hurricane Katrina changed dramatically after the BP oil spill. ESSENCE.com: How does the spill change your plans for “Creek”? SPIKE LEE: It changes everything because it’s not something that anyone could plan for, so this is the main reason why we came back to New Orleans, to cover the oil spill. It’s the biggest, largest, nastiest manmade disaster. I guess you have to leave out Nagasaki and Hiroshima. We told HBO that we have to come back and include this oil spill. I think to have this film without the oil spill would be a fiasco. ESSENCE.com: You think this spill could have been prevented? LEE: This all goes back to greed. BP, they want to cut corners and they’re making record profits, but these guys are greedy. They’re gangsters and they’re crooks and once again, the American people have to suffer because we have people who kneel down at the altar of Almighty Dollar, and again and again and again, it comes down to the dollar, and if people have to die, so be it. That’s the way it is. ESSENCE.com: Do you see much improvement in New Orleans since “Levees”?   LEE: I don’t live there everyday, so I have to go by what people tell me. There’s that whole half full, half empty thing. You have people who are happy with the progress, you have people who aren’t happy. When 80 percent of city is underwater, that’s not anything that’s going to be turned around overnight, so we have to look at it that way. It takes 10, 15 years. Of course that’s easy to say when you don’t live here. If people’s streets are still not paved, that’s the least of it. We were here through Mardi Gras  and it was euphoric. It was great. I’ve never seen people happier in my life. They won the Super Bowl right in the middle of Mardi Gras. But that euphoria is being washed away with this oil spill. ESSENCE: What do you think of the job Obama has done handling the spill? LEE: I’m not going as far to say this is his Katrina, but people are not happy. He has to step up. I’m not just saying it’s some Tea Party Republican thing. Many people who voted for him, some liberal Democrats are not happy with the slow response of the President of United States of America and the United States government, so it’s not good for anybody, and the President’s definitely taking a big, big big hit on this. And deservedly so. He said himself the buck stops here. People are upset.