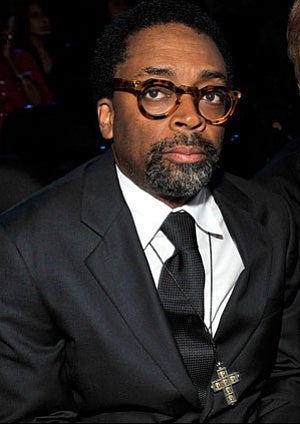 Spike Lee and Antoine Fuqua are teaming up to bring the graphic novel ‘Miss: Better Living Through Crime’ to the big screen.

According to Variety, Fuqua, best known for directing ‘Training Day,’ will direct the film about a poor white girl and a black pimp who forge a partnership as killers for hire in early 1900s New York. Lee will executive produce the film, which is based on the graphic novel written by French writers Philippe Thirault, Marc Riou and Mark Vigouroux.

No release date has been set for ‘Miss,’ but Fuqua does have one film due in 2010– ‘Brooklyn’s Finest,’ a cop drama starring Don Cheadle, Wesley Snipes and Richard Gere. Meanwhile, Lee will release ‘Saint John of Las Vegas,’ a drama starring Steve Buscemi and Romany Malco.