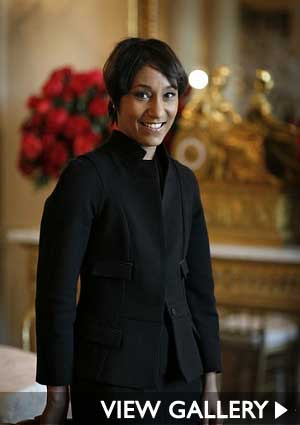 Had a staffer from the social secretary’s office been at the gate, the Salahi’s “would not have made it past the East Gate portico,” she says.
Rogers has acknowledged that no one from her office was at the East Gate entrance. The secret service has also publicly apologized for the lapse in security.

What do y’all think? Should Rogers be blamed for the Salahi’s party crashing ways?