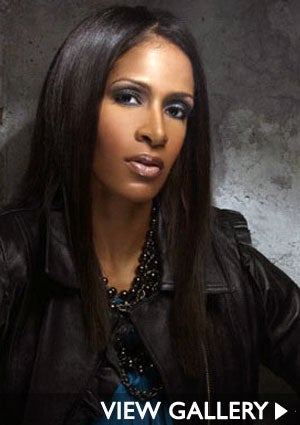 Setting new rating records for Bravo, “The Real Housewives of Atlanta” has wrapped a second season. And the show’s Queen Bee, Sheree Whitfield, closed out the finale by unveiling her fashion collection, She by Sheree.The reality star sets the record straight with ESSENCE.com on the lesbian rumors, whether the ladies are really like their TV personas and why tonight’s reunion show is a must-see.

ESSENCE.COM: After watching your fashion show, was there anything that you would have changed?
SHEREE WHITFIELD: It wasn’t the first fashion show of the season, but definitely the last. I wish they had showed more because it was really nice. Other than Dwight being above and beyond for TV, I wouldn’t change anything. It’s edited to look like he did the entire show and he did not. I was 100 percent involved and they cut me out of the scenes. From last season to this one, it’s like, wow. Lisa said it’s been two years, and it’s only been one. I guess some people can’t count.

ESSENCE.COM: NeNe called us up last week and shared how she was inaccurately portrayed as a villain on the show. Knowing her, do you think the NeNe we see on TV is not the real her?
WHITFIELD: I think everyone’s character is who they are. Was her coming to my party really how it turned out? Absolutely not. You sign up to do this show. Just like last season, I was the villain. They can only get what you give them. They can edit it whichever way, but they didn’t make me pull Kim’s hair or get into it with the party planner. These are things that happen. Unfortunately, things happen and you’re on TV. Maybe some things happen some people wish were not caught. This time you see different sides of people’s personalities, but the season is definitely true to who everybody is.

ESSENCE.COM: And there’s buzz about you possibly being a lesbian and discussing your sexuality on tonight’s finale. Please set the record straight.
WHITFIELD: I don’t feed into those rumors. It goes in one ear and out the other. I know who I am. Anybody would do anything for hits on their site. This reunion is going to surprise a lot of people. People will be shocked. It’s a must-watch.

ESSENCE.COM: With Atlanta leading traffic for the “Housewives” franchise, how do you feel your cast is treated by Bravo?
WHITFIELD: Of course, I don’t feel we are treated like we should be. For our ratings to be what they are, could we be treated a lot better? I honestly think so. We put the ‘Housewives’ on the map, but you would never know that. Numbers do not lie.

Tune in to watch part one of a two-part reunion of Bravo’s “The Real Housewives of Atlanta” on Thursday, October 29, at 10 P.M. ET.