UPDATE: The red carpet will be all-black at the 2018 Golden Globes — for women and men.

Earlier this month, multiple sources confirmed to PEOPLE that many major actresses — including presenters and nominees (Jessica Chastain, Meryl Streep and Emma Stone are among those nominated) — are planning to wear all-black looks as a symbol of protest against harassment in Hollywood. Sources say that this will start at the Golden Globes on Jan. 7, though it may extend throughout award season. Claudia and Jackie Oshry confirmed it on their show The Morning Breath as well.

And it’s not only the women who will be taking a stand. Stylist Ilaria Urbanati, who works with Dwayne “The Rock” Johnson, Tom Hiddleston, Garrett Hedlund, Armie Hammer and more, posted about the protest on Instagram and confirmed that her clients will be standing alongside the women and dressing in all black.

“Because everyone keeps asking me… YES, the men WILL be standing in solidarity with women on this wearing-all-black movement to protest against gender inequality at this year’s Golden Globes,” Urbanati wrote. “At least ALL MY GUYS will be. Safe to say this may not be the right time to choose to be the odd man out here… just sayin…”

Dwayne “The Rock” Johnson confirmed he will be in all black by commenting, “Yes we will.” For his latest press tour for Jumanji, he wore a range of hues, none of which were black, including scarlet red, navy blue, slate blue, gray and more.

Dwayne “The Rock” commented on stylist Ilaria Urbanati’s Instagram that “yes we will” in reference to men wearing black to the Golden Globes.

Stylist Karla Welch — who works with stars such as Tracee Ellis Ross, Olivia Wilde, Elisabeth Moss, Sarah Paulson — also hinted that her clients may be joining in on the movement, as she posted a comment on Urbanati’s Instagram showing solidarity in emoji form: “ [Preach hands, praying hands, red heart and red circle.]”

Many Hollywood actresses have been vocal in rallying against sexual harassment since the New York Times broke the story about allegations against famed producer Harvey Weinstein. Dozens have spoken out against the once-powerful movie mogul, including Lupita Nyong’o, Gwyneth Paltrow and Julia Roberts as well as Salma Hayek, who wrote an Op-Ed in the Times Wednesday calling Weinstein “a monster.”

Though many stars have worn pins and accessories to express support for causes including the ACLU, the safety pin movement to support marginalized populations, the Charlie Hebdo attacks and more, this is the first time that actress have banded together in a full show of sartorial solidarity. 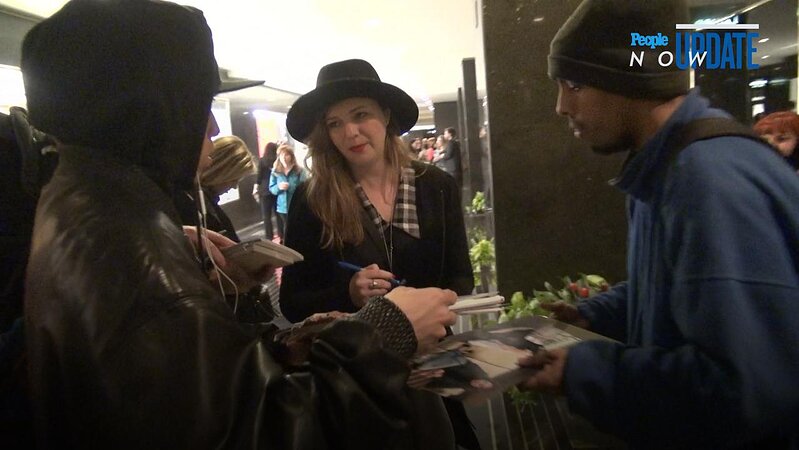 Following the September 11, 2001 attacks on the World Trade Center, many stars attended the twice-postponed Nov. 4 Emmys in black or pantsuits to reflect the solemnity of the national mood, but it was not a coordinated effort between stars and their stylists, as this #metoo movement appears to be.