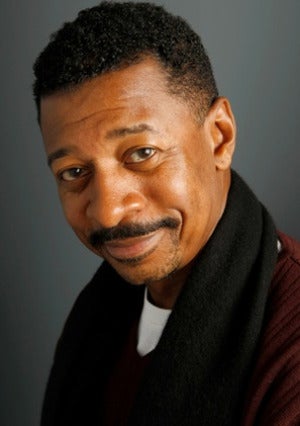 Before we had Chris Rock, Dave Chappelle and the Wayans, there was Whoopi Goldberg and Eddie Murphy and Richard Pryor.  Before Pryor made his mark, there was Paul Mooney and Bill Cosby and Dick Gregory and Redd Foxx and Flip Wilson and Moms Mabley and Amos ‘n’ Andy and Stepin Fetchit…and list goes on and on.   Just in time for Black History Month, Robert Townsend presents the documentary, “Why We Laugh: Black Comedians on Black Comedy.” Lauded for his indie, breakout hits, “Hollywood Shuffle” and “The Five Heartbeats,” the writer/actor/director/producer rang ESSENCE.com to give us his take on the ongoing evolution of Black comedy, his hopes for the future and what makes him laugh. ESSENCE.com: So, how did “Why We Laugh” come to be? ROBERT TOWNSEND: My friend, Darryl Littleton, wrote a book about African-American comedians that he thought could make a good documentary. I was like, “I love comedy,” so I started calling everybody I knew to be a part of the project and they all came aboard. ESSENCE.com: Which comedians had the greatest impact on you when you were coming up? TOWNSEND: I really liked Flip Wilson, Dick Gregory and Bill Cosby, but I think that Richard Pryor spoke to that side of me that lives on the edge. He was funny, but he was also really saying something in terms of his political commentary. Richard was just a brilliant, brilliant comedian. ESSENCE.com: “Hollywood Shuffle” was born out of your frustration with being offered stereotypical roles. Looking back, do you realize how brave that was? TOWNSEND: I was just trying to release a lot of the pain I was experiencing, through laughter. At every audition, I’d see some of the finest actors trying to play a pimp or a drug dealer, which was so funny to me. I thought, “This is crazy!” If you really watch “Hollywood Shuffle,” you’ll see that there’s a lot of love in that film. I didn’t try to paint the problem as White or Black. Everybody was part of the problem.   ESSENCE.com: What do you think about the future of Black comedy? TOWNSEND: Bill Cosby and Richard Pryor really raised the bar. Chris Rock is raising the bar and Dave Chappelle definitely raised the bar, but we’re living in a time where there’s a lot of mediocrity. It’s the age of reality shows and we’re watching people fight because the camera’s on. That’s our entertainment now. Sometimes people think that they can just get on stage, grab a microphone and curse, but we have a responsibility. Hopefully, when people watch the documentary, they’ll understand that comedy is an art form that needs to be nurtured and developed. I hope they’ll think, “Wow, how can I contribute to this legacy, on another level? ESSENCE.com: What else do you have up your sleeve? TOWNSEND: I started The Robert Townsend Foundation (www.roberttownsend.com) to teach young writers, directors and producers some of the things I’ve learned on my journey. There’s a whole generation that needs education in terms of how to pitch an idea, manage actors and direct and market a movie. Everybody’s learning and there’s so much information, but you want to be able to get it done the right way. We want the right content out there that will make people feel good and be entertaining.   ESSENCE.com: So, why do you laugh? TOWNSEND: I laugh because I have the greatest life. Even on the days when things aren’t going well or I’m having a problem with a studio or an actor, I can laugh through it all because I’m in the game–and I’m having fun.   “Why We Laugh” airs tonight at 8pm on Showtime.